Ocelli 8 + 8, G and H clearly smaller. PAO elliptical, wide, without constriction, about 1.5–2.0 as long as ocellus diameter and 0.7–0.9 as long as U 3. Maxillary outer lobe with simple maxillary palp and with 4 sublobal chaetae (abnormal variability was detected in a single specimen). Labral formula as 2 / 554. Labium with all five papillae (А –Е) present, papilla E without guard chaeta e 7. Proximal part of labium with 3 chaetae, basomedian field with 4 chaetae. Ventral side of head with 4 + 4 (5) postlabial chaetae. Ant. 1 with 2 bms, dorsal and ventral, and 2 ventral sensilla (s). Ant. 2 with 3 bms and 1 laterodistal s. Ant. 3 with 1 bms, 5 distal s ( AO and one lateral s) and 3 (4) additional sensilla on its dorsal side. Sensilla on Ant. 4 hardly differentiated, subapical organite small, microsensillum present.

TABLE 2. Morphological characteristics and distribution of species of genera Subisotoma  and Isotopenola  .

Affinity. Although we have not seen type material of S. pusilla  or specimens from the type locality (Urach, Germany), it is highly probable that our samples of this widespread European species are true S. pusilla  . It is easily distinguished from all known species and the new species described below by the presence of four macrosensilla on the terga of Th.II –III, two of which are associated with the p-row (accp-sensilla) and the other forms a lateral group (al-sensilla). Our understanding of this species is in a full agreement with morphological redescription given by Potapov (2001). The sensillar formula 54 / 32434 (s + ms) given for the species by Deharveng (1979) and Luciáñez & Simón (1994) indicates that more than one species might be included under this name in Western Europe. The specimens studied by us all have formula 54 / 43434 [44 / 33334 (s) + 10 / 101 (ms)].

Distribution. Known from most of Europe. According to Potapov (2001) it has been recorded from Germany, France, Italy, Poland, Czechia, Slovakia, and Hungary. Some records need verification as at least one closely related species ( S. pomorskii  sp.n., see below) occurs in eastern parts of Europe. 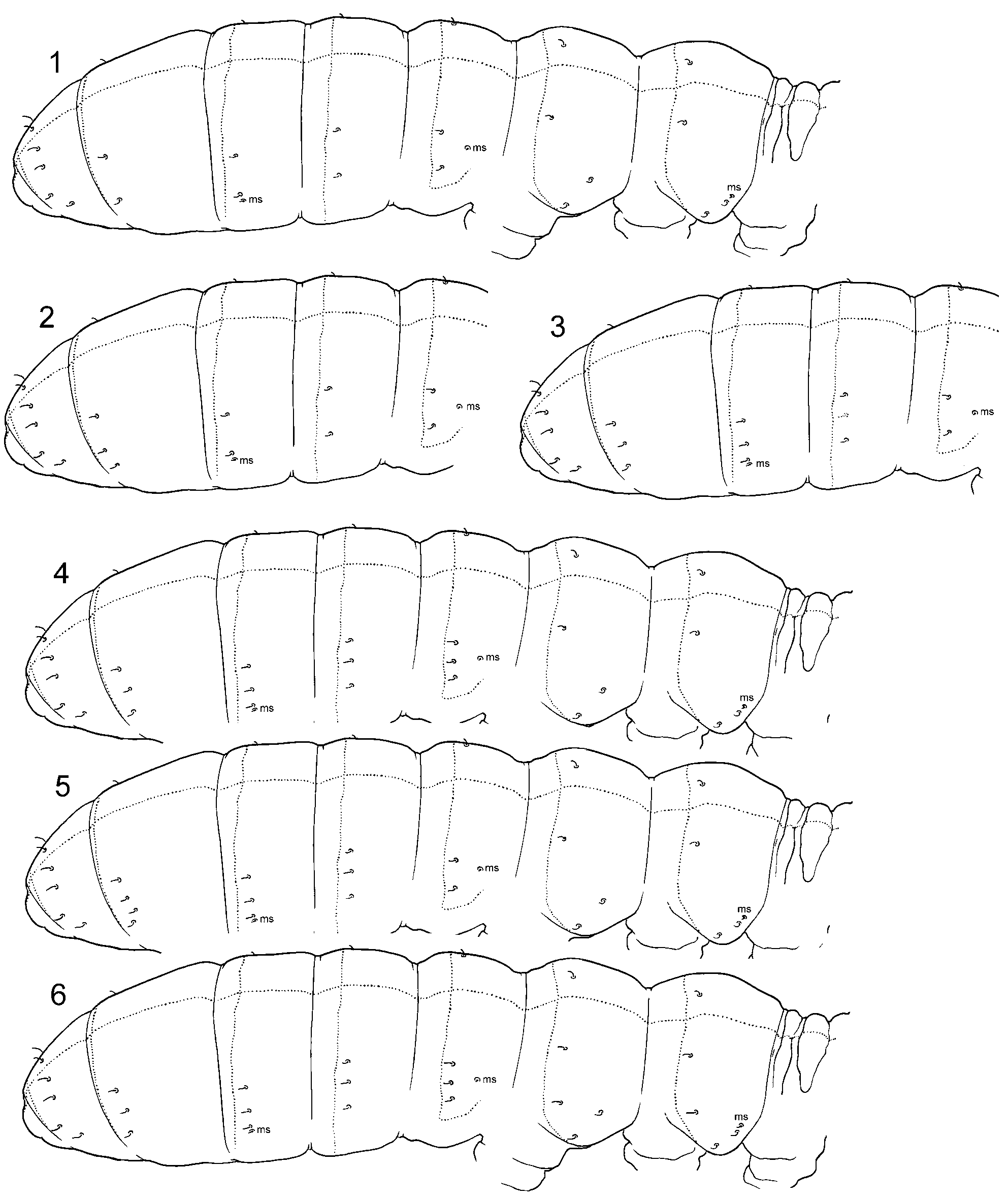 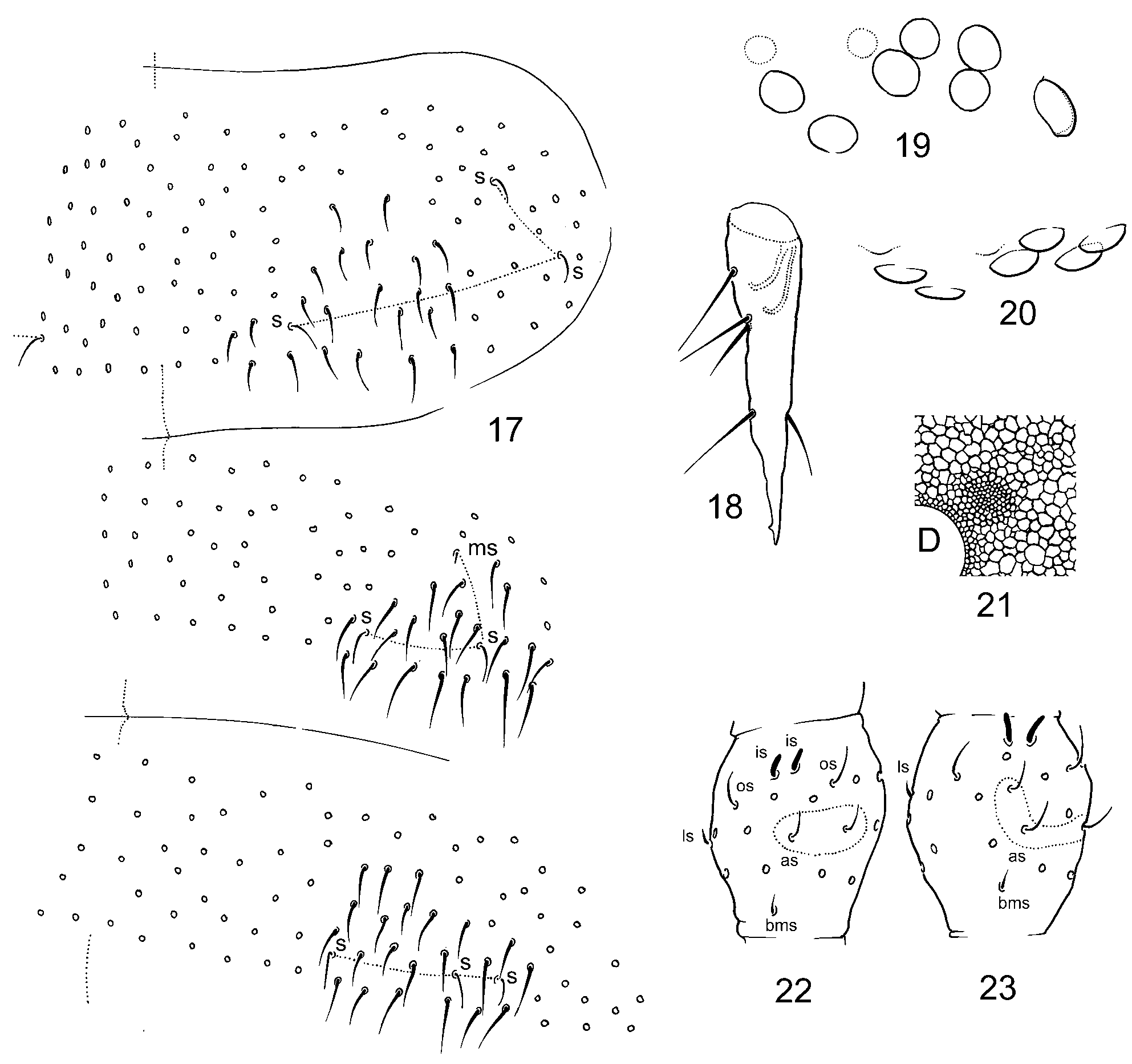