Annual? herb with a slightly woody taproot 3- 4 mm in diam.; stems erect, 50-80 cm tall, nearly glabrous with only a few scattered, thin hairs. Basal leaves in a loose rosette; blades ovate, 2.5-3.5 cm long, 1.8-2.2 cm wide, the apex acuminate, the base obtuse to rounded and then abruptly decurrent along the petiole for 5- 10 mm, the margin nearly entire, minutely erose to undulate with magnification, the adaxial surface strigose, the abaxial surface sparsely strigose, the venation brochidodromous, the midrib impressed on both surfaces, the tertiary venation obscure; petioles 2.5-4 cm long, sparsely pubescent; the lower cauline leaves on petioles to 2 cm long, the upper sessile; blades ovate to elliptic, 2- 5 cm long, 0.9-2.6 cm wide, the apex acute to acuminate, the base obtuse to acute and abruptly and evidently decurrent along the petiole (if present), the margin minutely erose, the indument and venation similar to those of the basal leaves.

Cynoglossum lowryanum   is puzzling in that it occurs near Andasibe, a relatively well-collected locality, but has only been collected once, nearly a hundred years ago. Yet it is a very distinctive species in its growth habit, the shape and margin of its leaves, and in having nutlets with glochidia concentrated along the marginal ridges. Although PERRIER DE LA BÂTHIE described this plant as annual on the label of the type, it appears to have a substantially thickened root   .

The species is named in honor of my friend and fellow botanist, Porter P. LOWRY II, who has contributed greatly to our understanding of the botany of Madagascar and has provided much encouragement for those working on the flora of Madagascar.

DISTRIBUTION. — Cynoglossum lowryanum   is known only from the type collection from Andasibe ( Fig. 4 View FIG ) made at 1400 m in elevation.

CONSERVATION STATUS. — Provisional IUCN Red List Category: Critically Endangered (CR B1ab(i-iv) + 2ab(i-iv)). Cynoglossum lowryanum   has not been collected since 1911 and it is questionable whether this species still survives. 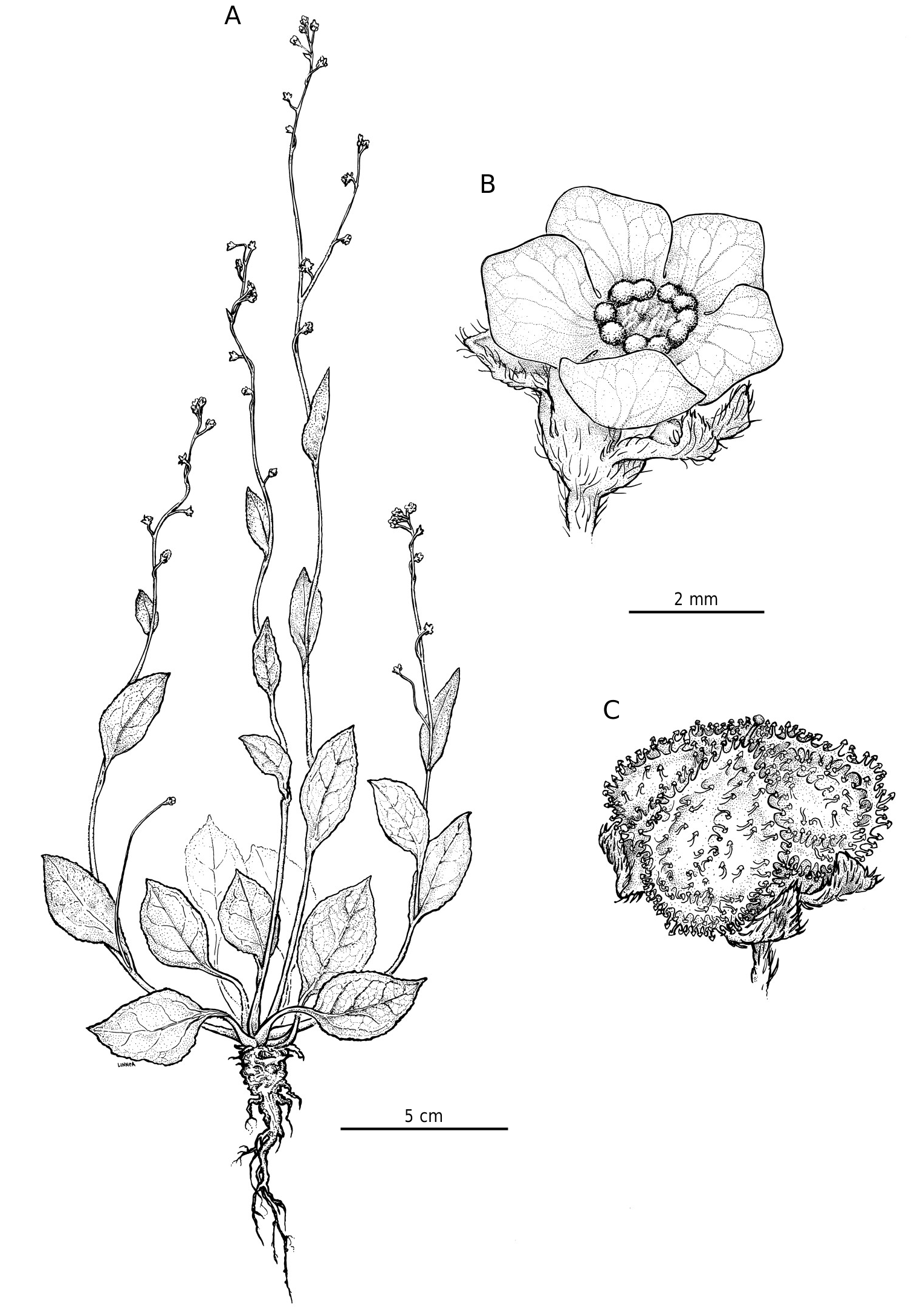 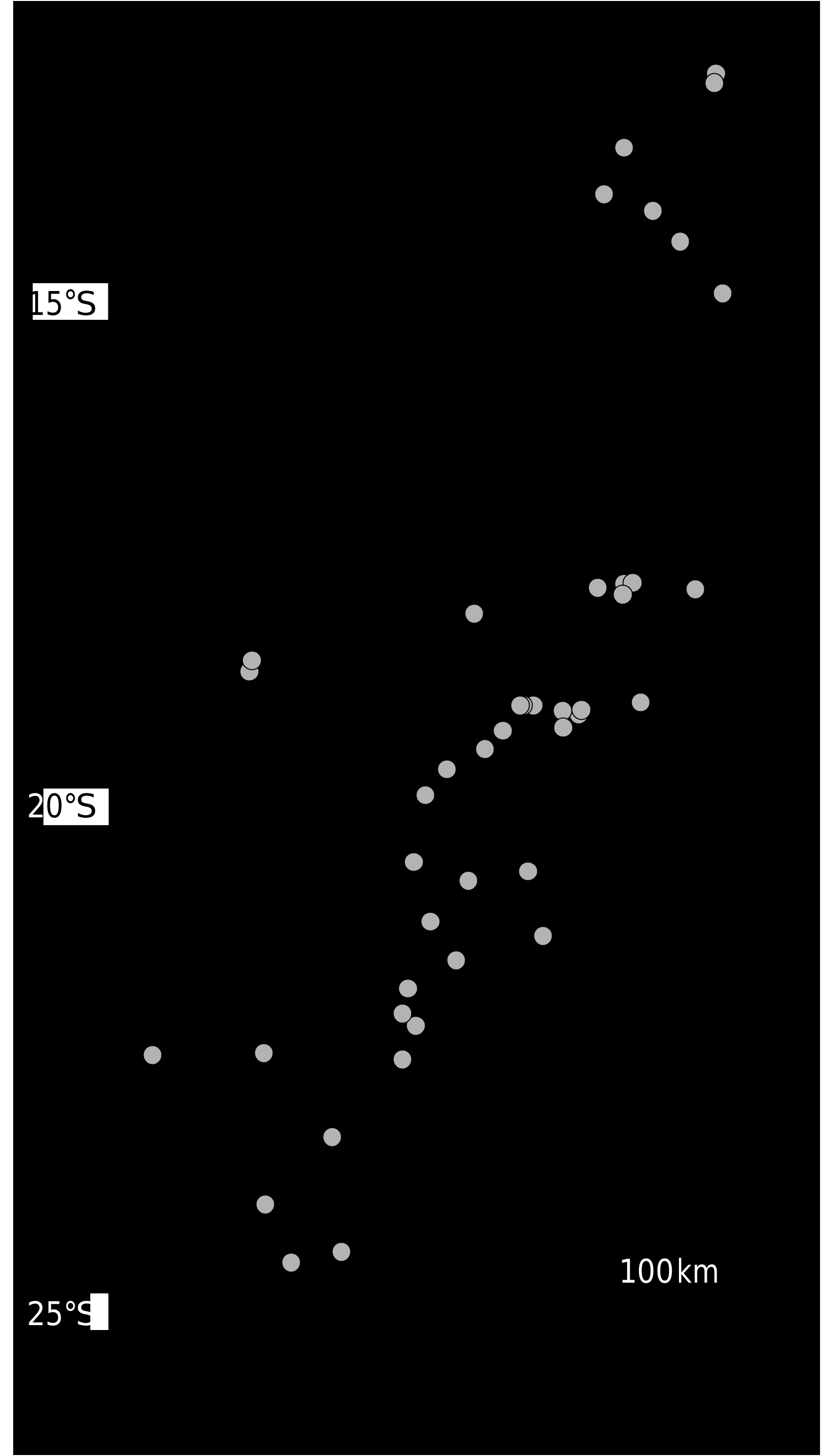