Hayman et al. (1966: 29) mention three specimens from the DRC, two from Lusinga (RBINS 10685 and 10686) and one from Panda (RMCA 26210). The latter specimen, however, was examined by Bergmans (1989: 147), who found it to be an immature Epomophorus   (probably minor   ). Bergmans (1989: 147) also referred to another specimen in the RMCA collection that was supposed to be from Likasi (former Jadotville), but indicated that this bat could not be traced. The information provided on the museum’s holdings accessed through Wim Wendelen did not mention any specimen from Likasi either. 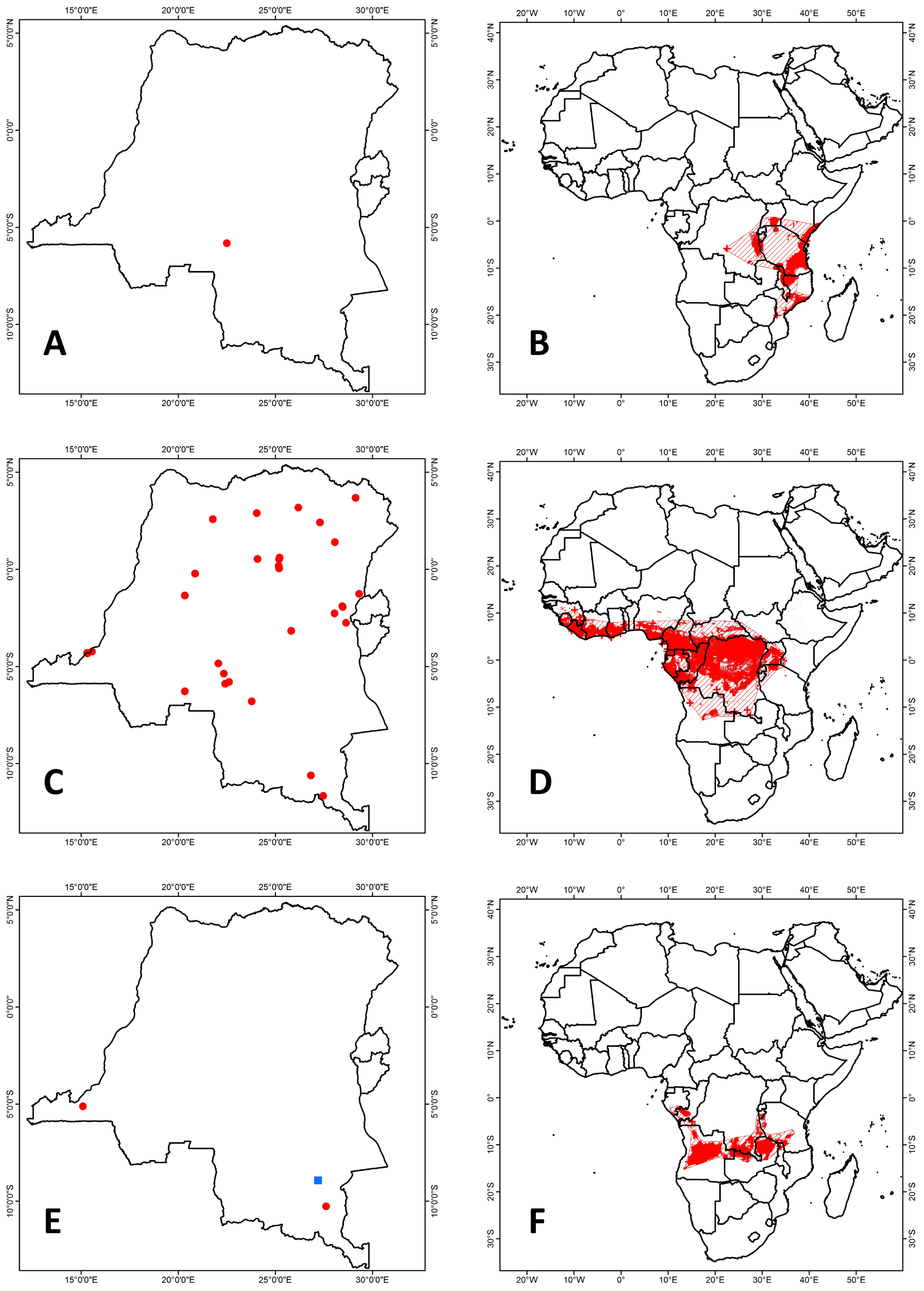