This subfamily was erected by Karny (1921), and is generally considered a monophyletic group ( Buckman et al. 2013). However, the classification into three genera probably does not reflect phylogenetic relationships ( Lima & Mound 2016), and a total of 15 generic names are available for the 152 listed species (ThripsWiki 2016). These species share the following character states:

Metasternal plate. During the preparation both of this paper, and also of a recent publication on sericothripine systematics ( Lima & Mound 2016), the authors recognized that the customary interpretation of the metasternum of these thrips was not entirely valid. For some years, the interpretation has been that the “anterior margin of the metasternum” is either weakly or strongly emarginate ( Mound & Tree 2009), this difference being used in the generic classification. However, light microscopy indicates that in species of both Hydatothrips   and Neohydatothrips   there are setae on the metasternum anterior to the distinctive darkly sclerotised area ( Figs 10, 13 View FIGURES 9 – 14 ). Thus, the anterior margin of this area cannot represent the anterior margin of the metasternum. Based on these observations, the term “metasternal plate” was adopted in this paper, in the full realisation that its morphological significance remains unclear. Subsequent to these two papers being prepared, Gerald Moritz (Martin-Luther Universität Halle-Wittenberg, Germany) kindly prepared an SEM image ( Fig. 2 View FIGURES 1 – 2 ) of the metasternum of the Australian species, Hydatothrips argenticinctus   . The metasternal plate of this species is distinctive when examined with transmitted light ( Fig. 1 View FIGURES 1 – 2 ), or even, due its pigmentation, when examined in ethanol by reflected light. But the SEM image indicates that this sclerite is not on the surface, but is an internal structure. Presumably it is a thickening of the inner surface of the metasternum, and possibly represents a muscle insertion area. 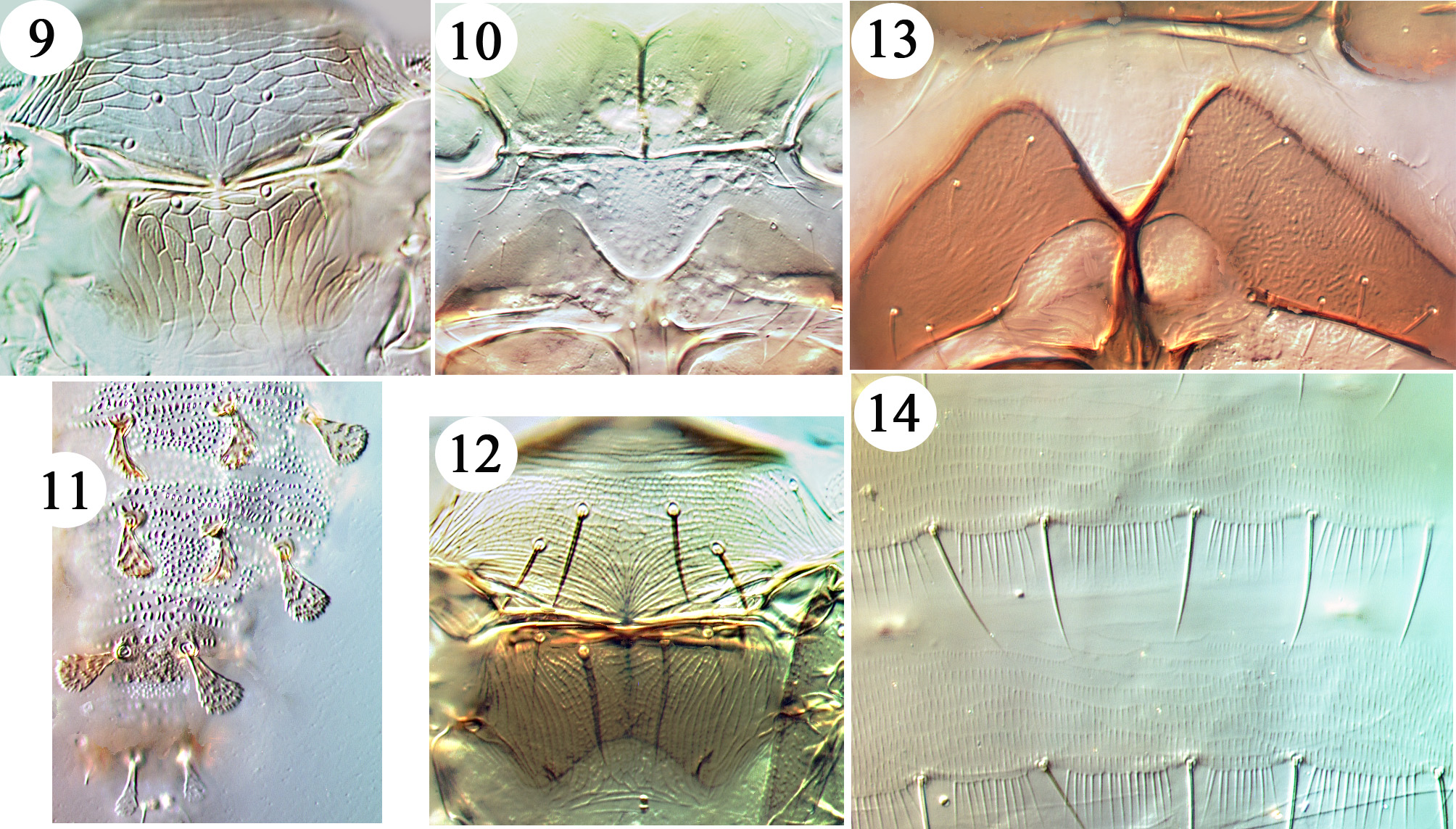