Diagnosis. The male may be recognised by the shape of the median apophysis, the proximal end of which tapers to a point and lacks any forward pointing lobe. The female differs from other members of the genus in possessing a broadly cordate central plate in the epigyne and by the shape and position of the spermathecae as seen through the cuticle.

Etymology. The specific name is derived from the Latin for “widely distributed” and refers to the wide separation of the three known localities for the species.

Female. Total length 4.58 mm. Carapace. Length 1.75 mm, width 1.24 mm. Colour as in male but somewhat darker. Pattern more diffuse than in male. Head region not at all elevated. Eyes. Anterior row slightly recurved, all eyes touching. AME 1.66 × diameter of ALE. Middle eyes 1.8 × diameter of AME, separated by 0.33 × their own diameter. PLE 0.55 × diameter of PME and widely separated by 2.73 × their own diameter. Immediate region of eyes suffused with black. Chelicerae. Similar to those of male in coloration and shape but slightly broader. Posterior margin with two small teeth, anterior margin with one very minute tooth. Maxillae and labium. Maxillae similar to those of male in colour and shape but rather broader in relation to length. Labium broader than in male but otherwise similar. Sternum. Identical in shape and colour to that of male. Legs. Similar of those of male but relatively shorter. Spination as in male but spines shorter, darker and more robust. Tarsal claws as in male but teeth longer and more robust. Abdomen. Dorsally, similar in colour to that of male but pattern much more indistinct. Ventrally, pale whitish yellow. Spinnerets. Long, proportions and coloration as in male. Epigyne. Figs 31, 32 View Figures 28-32 , 41 View Figures 39-42 . Central plate broadly cordate in shape with posterior margin slightly indented. Outline of spermathecae relatively small and positioned near the anterior end of central plate. Dorsal view Fig. 32 View Figures 28-32 .

Variation. Total length, males 3.50-4.17 mm (10 specimens), females 3.83-5.00 mm (9 specimens). There is some variation in the depth of pigmentation between individuals and in the distinctness of the dorsal pattern of the abdomen, with females generally having a less well defined pattern. The appearance of the female epigyne varies somewhat with the internal structures more visible through the cuticle in some specimens than others.

Biology. Over one hundred specimens of this species were taken in pitfall traps in Mkomazi Game Reserve between April 1995 and March 1996. Traps were operated for four days in each month in both Acacia /Commiphora bushland on a hillside and tall grassland on a footslope below. Amblyothele latedissipata was found in both habitats but was most abundant in bushland that had not been recently burnt. It also occurred commonly in a grassland area that had been burnt a few months previously but was almost absent from recently burnt bushland. It showed a peak of activity in all habitats in the wet months of April and May with a second minor peak in October. Map 6. Localities of A. latedissipata. 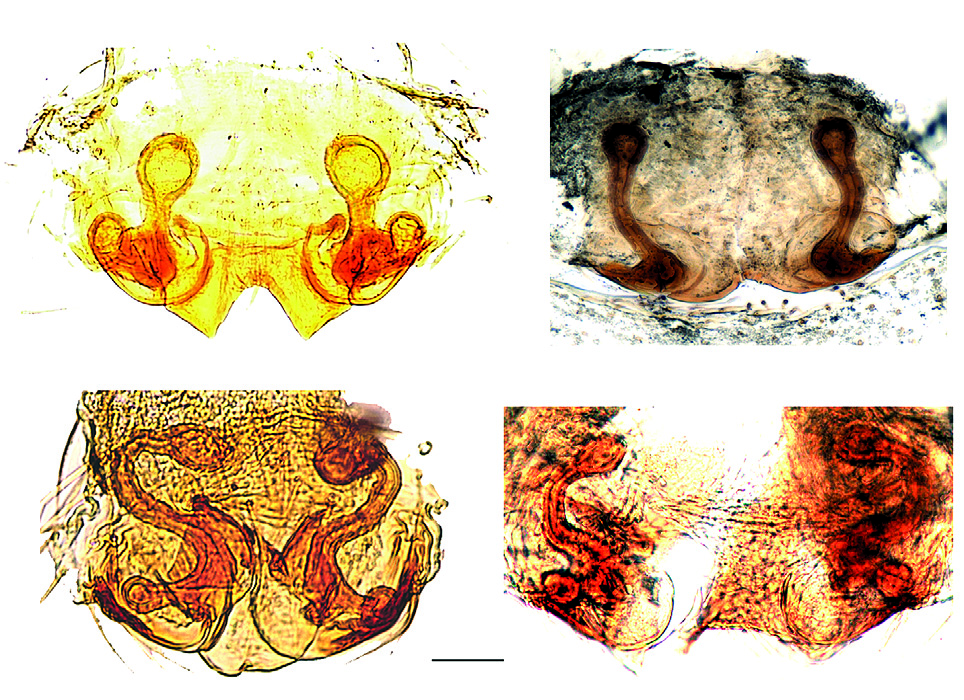 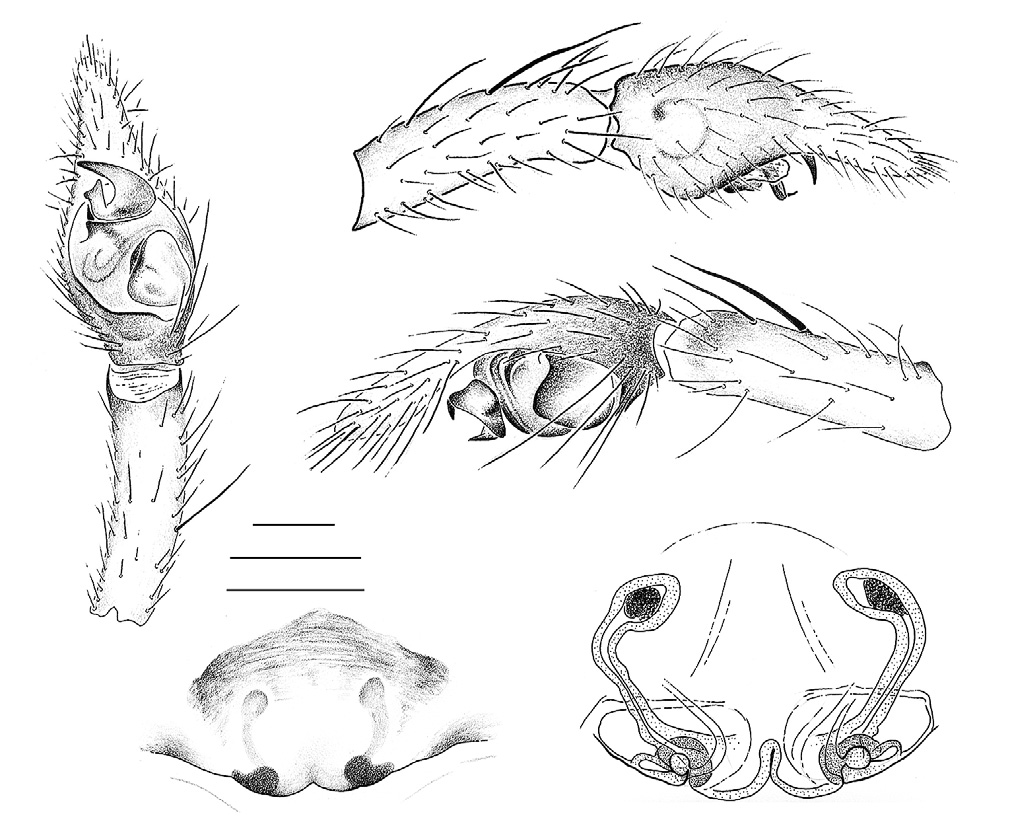