Etymology. The specific name is derived from the Latin barba (beard) and refers to the hairy aspect of the mouth opening of this species.

Comments. This species shares a set of features with M. robusta Kröber, 1913   , such as abdomen bearing scale -like setae and legs homogeneously brown to black. The lack of information on the male terminalia of M. robusta   makes its distinction from other species somewhat difficult, and misidentifications have occurred as a result ( Winterton & Woodley 2009). Unfortunately, the type of M. robusta   , a specimen from Paraguay, has been destroyed and all records of this species outside the country of origin are considered uncertain ( Winterton & Woodley 2009). Based on the description of Kröber (1913), M. barbata   sp. nov. can be distinguished from M. robusta   by the pattern of spots on the abdomen, wing coloration and body size, as presented in the identification key in this paper. Additionally, the presence of elongated and conspicuous thin bristles at the ventral margin of the mouth opening was not reported in the description of M. robusta   and could represent one more character to help distinguish between these two species. 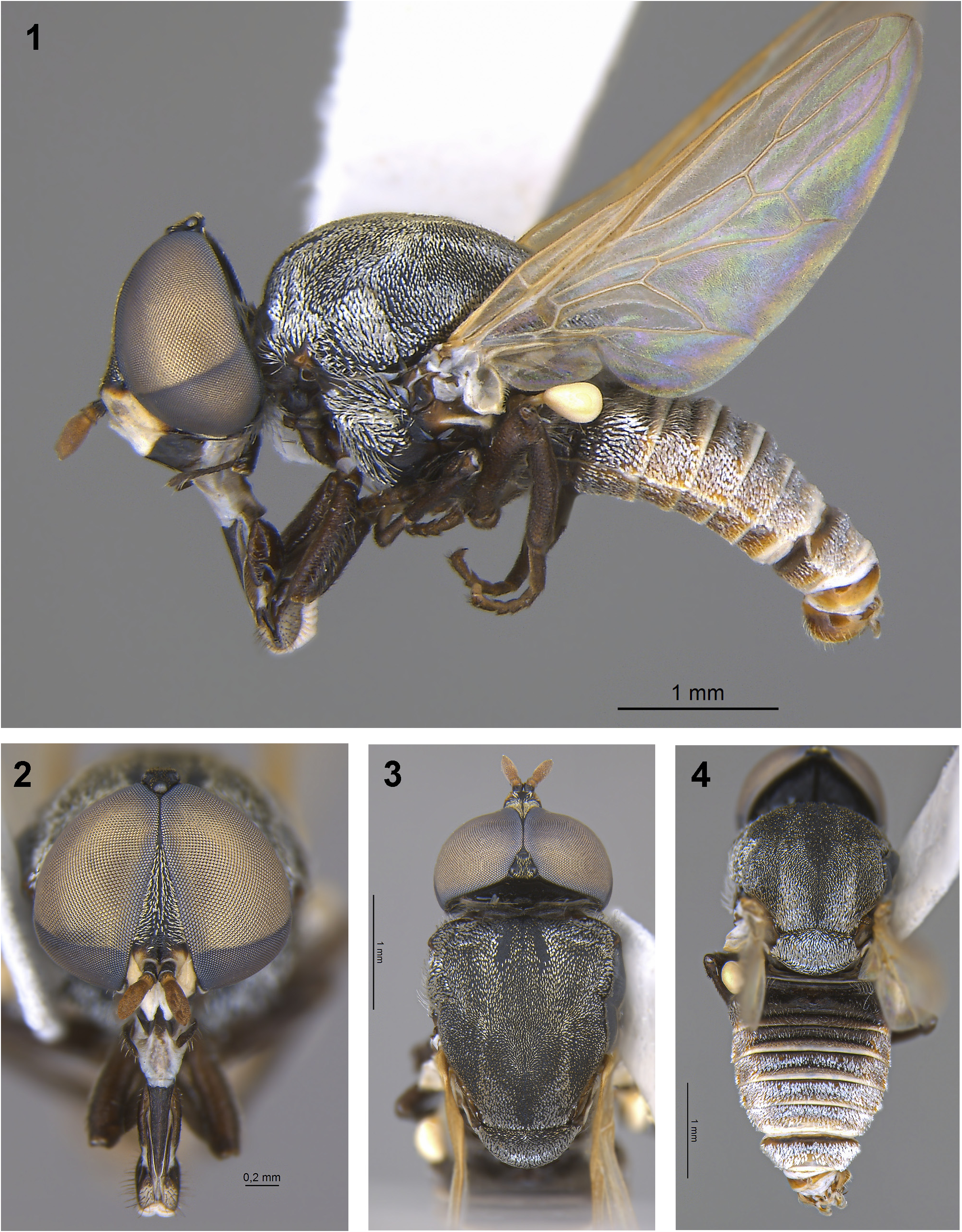 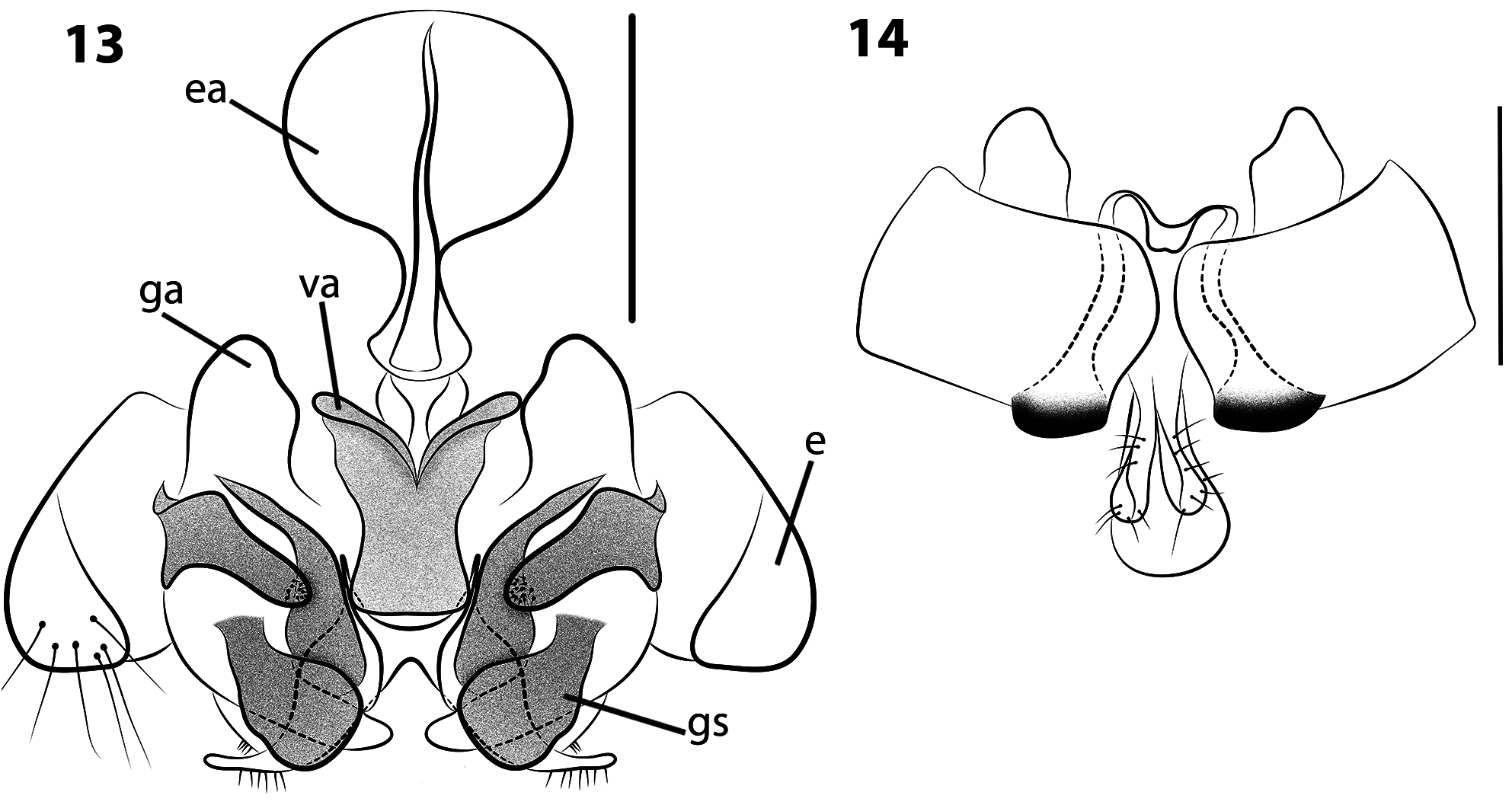