Biology. The larva forms a full-depth, elongate, branching leaf mine, with some fecal pellets inside and some expelled through a hole adjacent to the midrib, where it may accumulate in a mass on the leaf surface ( Figs. 1–4View FIGURES 1–6). In captivity, the larva exited the mine and switched to window-feeding between veins, ultimately pupating between two tied leaves. Our single specimen was collected on 3 March and emerged as an adult on 10 June ( Figs. 5–6View FIGURES 1–6). The type series included adults collected in Arizona from 27 July to 5 August, as well as on 1 September and 10 and 17 October ( Brown 1992). These dates suggest there may be more than one generation.

Comments. This is the first definite host association for C. triangulana  , although Brown (1992) tentatively identified as this species a specimen beaten from Arctostaphylos  in Durango, Mexico. It is also the first confirmed record of leafmining in Catastega  . Chambers (1878) stated that C. aceriella Clemens  and C. timidella Clemens  (both of which were known only from larvae at that time) initially feed as leafminers before constructing their characteristic tubes of frass, but this has not been repeated by later authors. At least in later instars, both species feed beneath sheets of silk that could conceivably be mistaken for the loosened lower epidermis of a leaf mine. 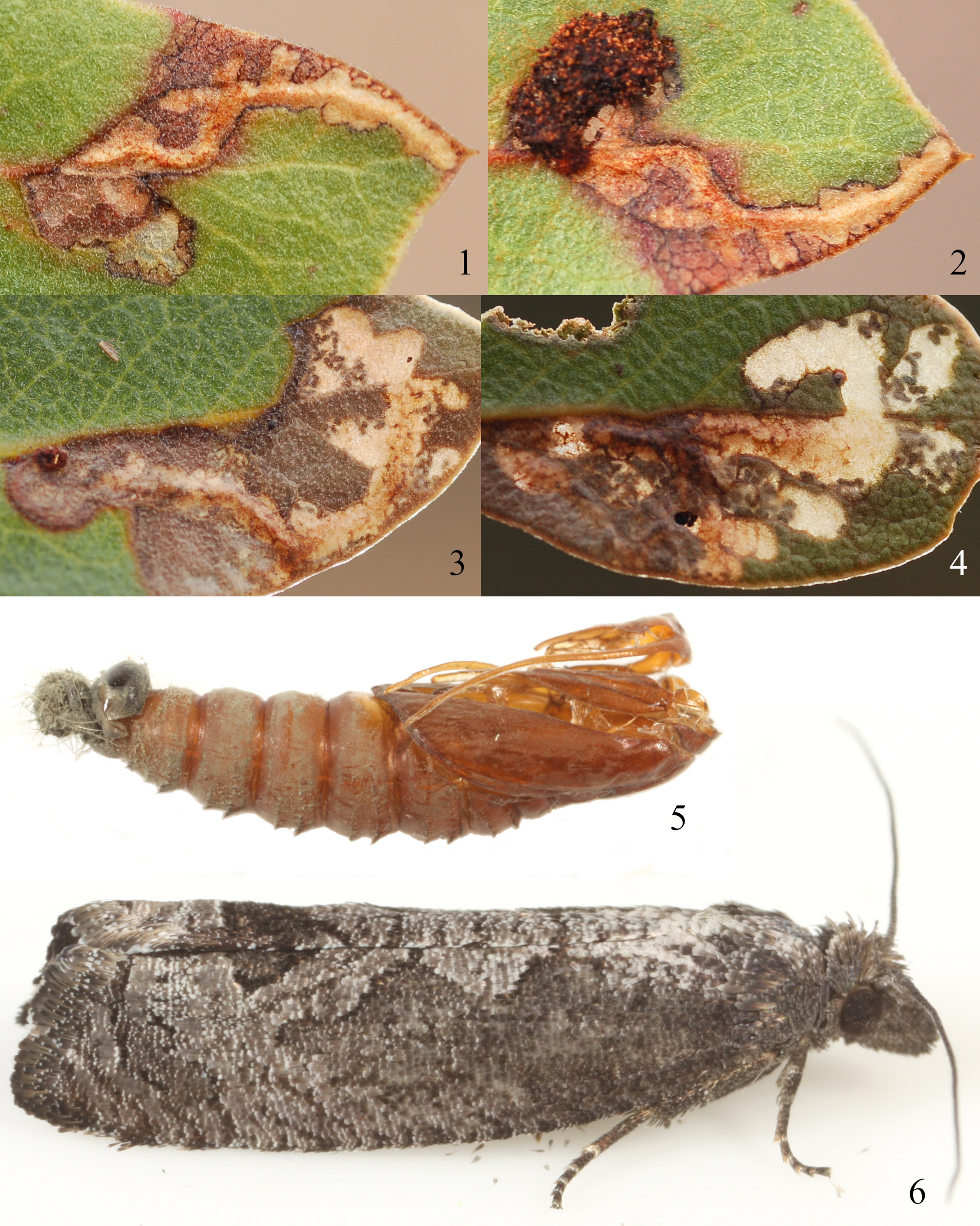