Biology. Larvae were found on 1 July forming irregular, more or less elongate leaf mines ( Fig. 54 View FIGURES 54–58 ). These were full-depth and transparent, with a hole in the upper epidermis at one end from which all frass was expelled. By 20 July, the captive larvae had exited their mines and were continuing to feed among tied leaves. At least one larva pupated between 17 and 22 August and emerged as an adult between 4 and 7 September, and the last adult emerged on 30 September, but another larva remained active as late as 22 October. Under natural conditions, adults apparently do not emerge until spring. Powell & Brown (2012) reported capture dates ranging from late June through early August. Our observation of a prolonged larval feeding period supports their suggestion that this species is univoltine.

Comments. Powell & Brown’s (2012) range map for S. xanthoides   shows no records from Missouri or any of the surrounding states. They stated that although this is one of the most abundant species in collections, nothing is known of the early stages. Powell’s (2006) California record of this species from Holodiscus discolor (Pursh) Maxim.   ( Rosaceae   ) is therefore puzzling; there is no mention of Holodiscus   in connection with any sparganothine in Powell & Brown (2012), so the record may have only referred to a pupation site or adult collection. M. Sabourin (in litt.) reports having seen a female specimen at WIRC with the label data “Gypsy Moth Proj., #751103A, em. 11- vii-1975; Iowa Co., WI, T6N, R5E, S1, 23 -vi-1975; Quercus alba   .” Given that we observed a pupal period of two weeks or more, it is likely that this collection from white oak involved a pupation site rather than a feeding site. 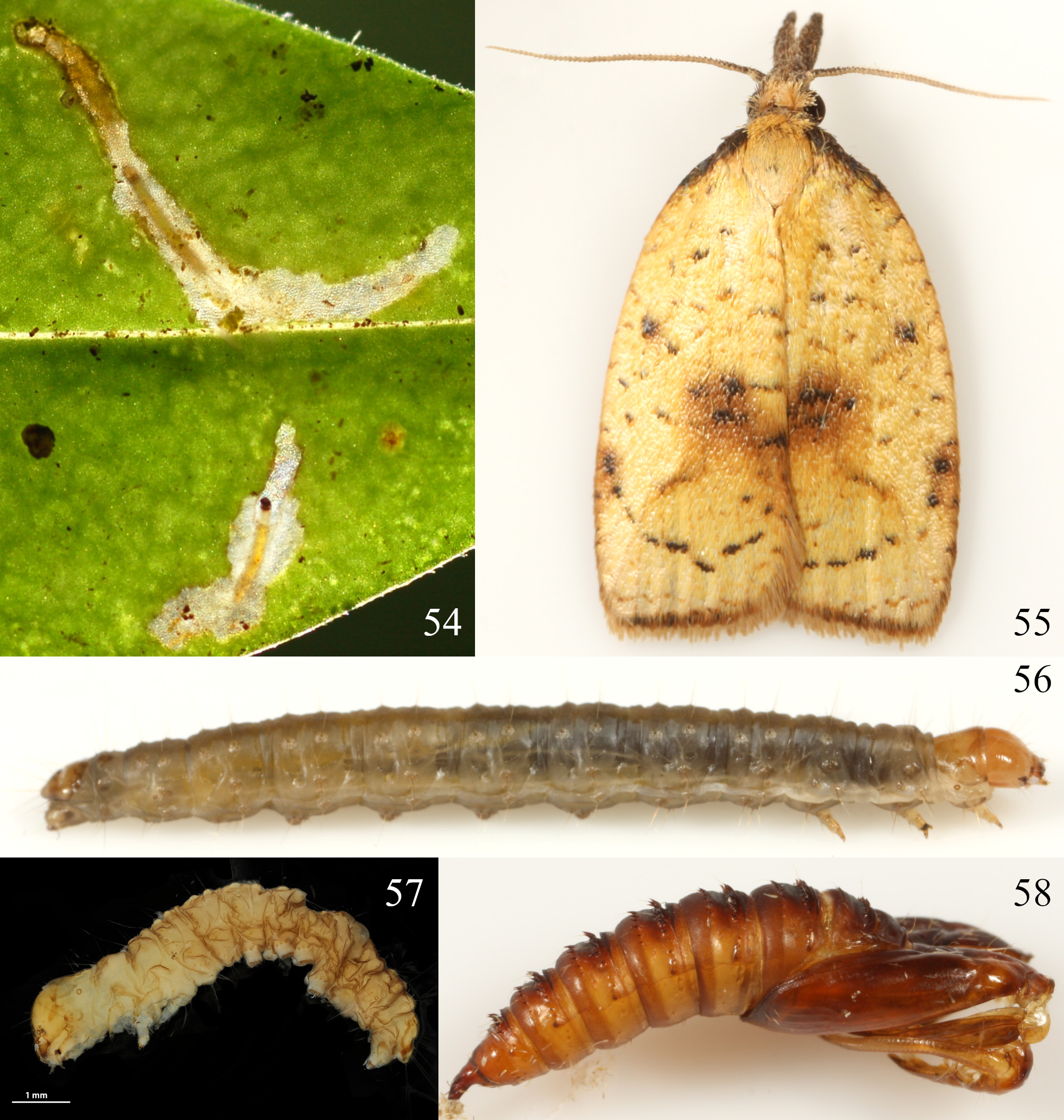