Recognition. The two described species M. palpalis and M. cuspidata are extremely similar. Originally, Borgmeier (1934) separated the two by the following characters: scutum with dark posterolateral spots and palpus whitish ( M. palpalis ) versus scutum without spots and palpus reddish ( M. cuspidata ). Later (1959, 1971b), realizing these traits were unreliable, he keyed them with the following: palpi slender; foretarsomere 1 longer than tarsomeres 2+3 combined; second costal segment longer than first ( M. cuspidata ) versus palpi thick; foretarsomere 1 longer, as long as 2–4 combined; second costal segment shorter than first ( M. palpalis ). I measured all the available specimens to obtain further data on these characters ( Table 1), and found that there is little support for them. Although the ratio of foretarsal segments could support recognition of the two species, this is weak evidence relative to differences among other Melaloncha species. The palpus in both species appear similar in structure, and costal sector 1 of M. cuspidata was not always shorter than sector 2; in most instances it was longer. Furthermore, the structural similarities in the ovipositor are such that it seems likely they are a single species. Further specimens are needed from different localities to fully resolve this question, but for now I consider the two to be synonyms.

Variation. Four specimens from Cumbre Alto Beni are smaller than the rest and have shorter ovipositors. I have set these aside and labeled them as possibly belonging to another species, but in other respects they resemble typical M. palpalis .

Host. Females were attracted to a mixed aggregation of bees at Cumbre Alto Beni, including Apis mellifera , Partamona epiphytophila , and Plebeia spp. 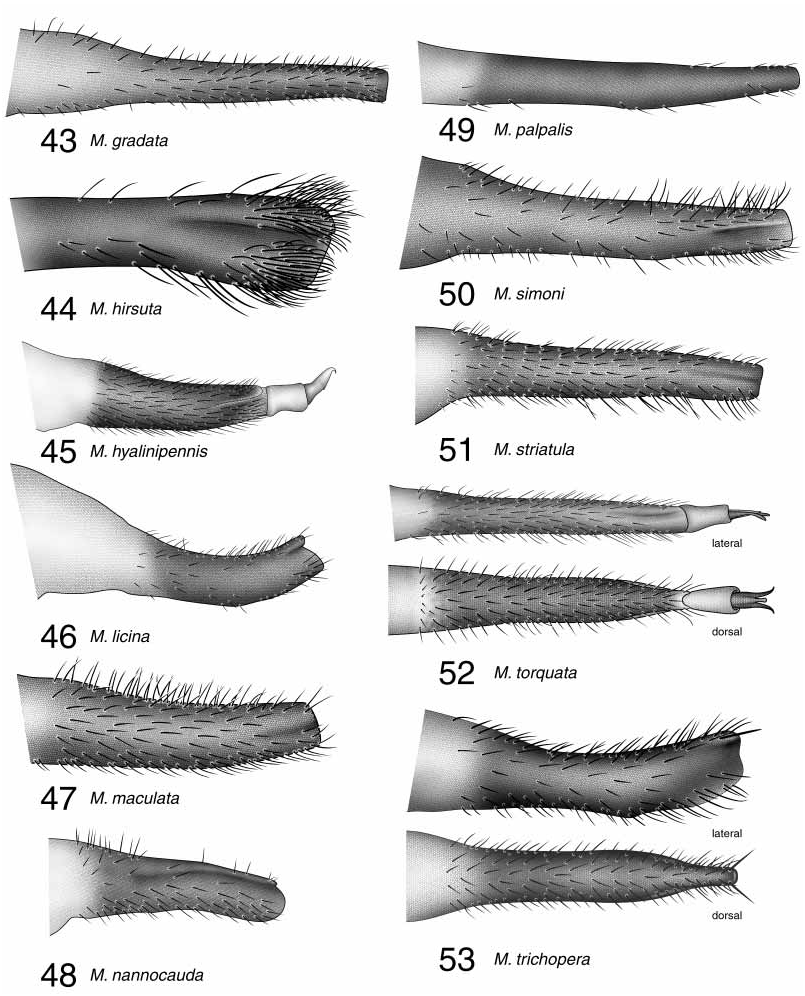 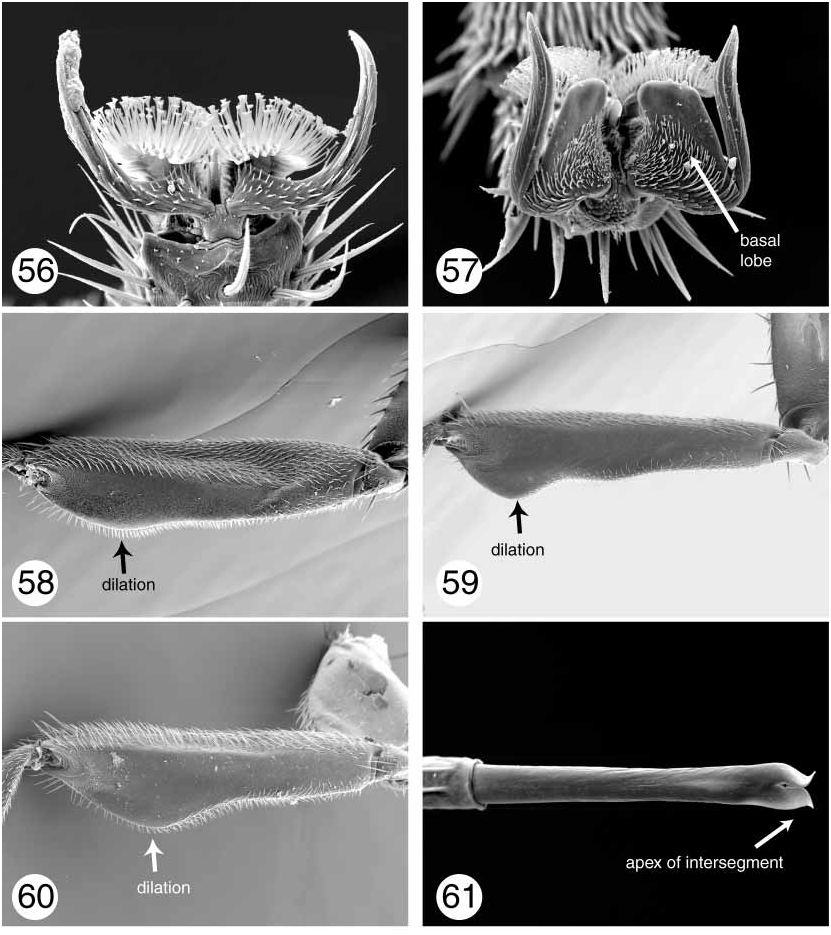