Distribution.— Widespread on the eastern side of the continent, north from New Brunswick, Nova Scotia and Minnesota, south to Louisiana and Georgia.

Remark.— Kaston (1948) and Hutchinson & Bélanger (1994) report that C. nigripalpis   has been collected mainly from vegetation, which is supported by our collections. This is unusual for an erigonine Linyphiidae   as most species are ground dwellers. 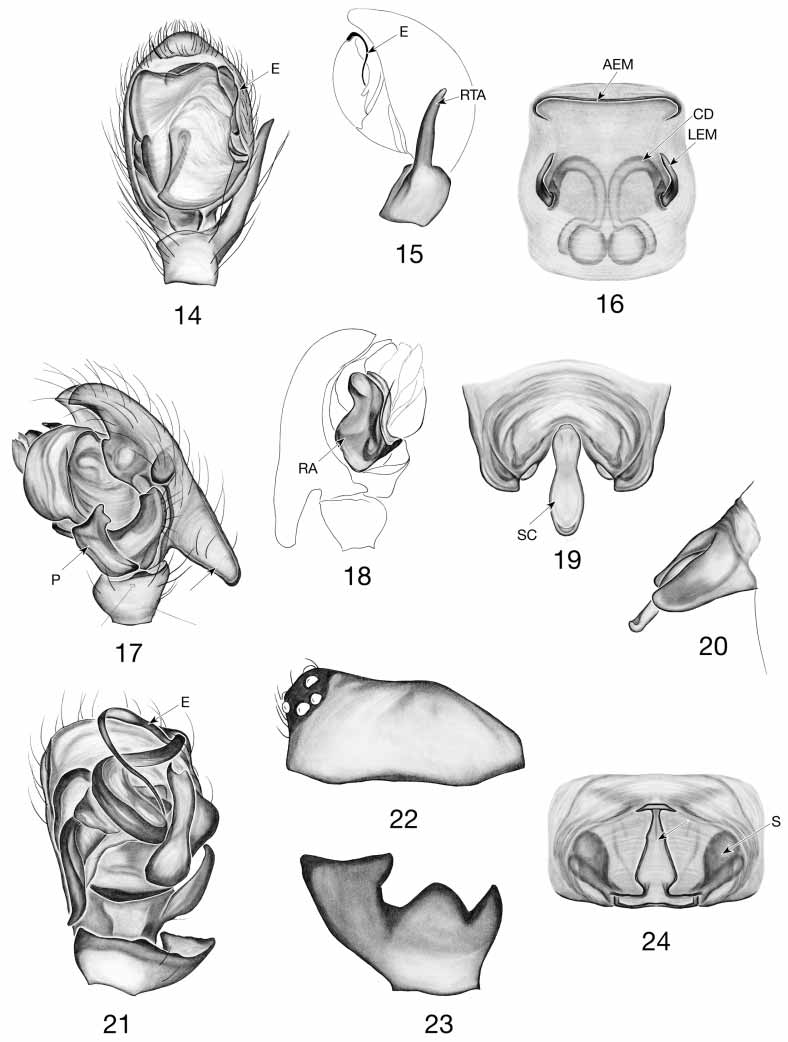