Prothorax. Pronotum slightly wider than long; anterior lobe large, covering large basal portion of head up to anterior margin of eyes, bearing a deep distinct groove at anterior margin mesally; lateral lobes large, directed anterolaterad, nearly rectangular in shape. Pronotal sculpture consisting of four elevated ridges; two median ones close to each other, slightly sinuate in shape and joining each other anteriorly, high and distinct especially in their anterior third, defining a median groove; lateral ones weak and rather indistinct. Entire surface of pronotum except for medioanterior margin and anterior third of median ridges covered by moderately dense granulation similar to that of clypeus. Prosternum ca. as long as half of procoxal cavity, flat, bearing a reticulate microsculpture on the whole surface with a few isolated granules at midwidth; prosternal process strongly narrowing between procoxae, but widened again posteriorly, joining the hypomeral process posteriorly (hence, procoxal cavities closed posteriorly). Hypomeron divided by a ridge into the lateral narrow granulate portion and large mesal portion bearing the reticulate microsculpture and scattered granules.

Variation. The type material varies particularly in size, which seems to be connected to sex (all dissected male specimens are smaller and less robust than female specimens (recognized by the presence of an egg case and/or projecting cerci). The shape of the lateral margin of lateral lobes of the pronotum varies from straight to slightly concave or shallowly excised. The pale spot on the elytra is rather indistinct in several paratypes. All specimens examined are constant in the characters mentioned in the differential diagnosis, including those of male genitalia.

Etymology. The species is dedicated to one of its collectors, Howard Mendel, recently retired Head of Collections at the Natural History Museum, London. His persistence in climbing down the ravine to extend the type series of this new species mirrors his persistence in fighting for the best interests of the Entomology Collections throughout his successful career.

Biology. The holotype and 18 paratypes of this species were collected under loose rocks and rock litter lying on or partly buried in wet gravel substrate, close to the edge of a very fast flowing mountain stream. Males and females (generally with egg cases) were found in groups under stones. The stream flows through good quality cloud forest, but can be accessed by climbing down a ravine beneath a road bridge close to the entrance to ‘Cock of the Rock Lodge’. The habitat is not species-rich, although Oxycheila pseudonigroaenea (Horn, 1938) ( Carabidae : Cicindelinae , det. By F. Cassola) and some smaller Carabidae were abundant, and the Torrent Duck Merganetta armata Gould, 1842 ( Aves: Anatidae ), a predator in fast flowing Andean streams, was present. An additional 9 paratypes of E. mendeli were collected at MV light within a few hundred meters of the stream.

Distribution. The species is known from three rather closely situated localities on the eastern slope of the Andes Mts. in the Cusco and Madre de Dios provinces, Peru. 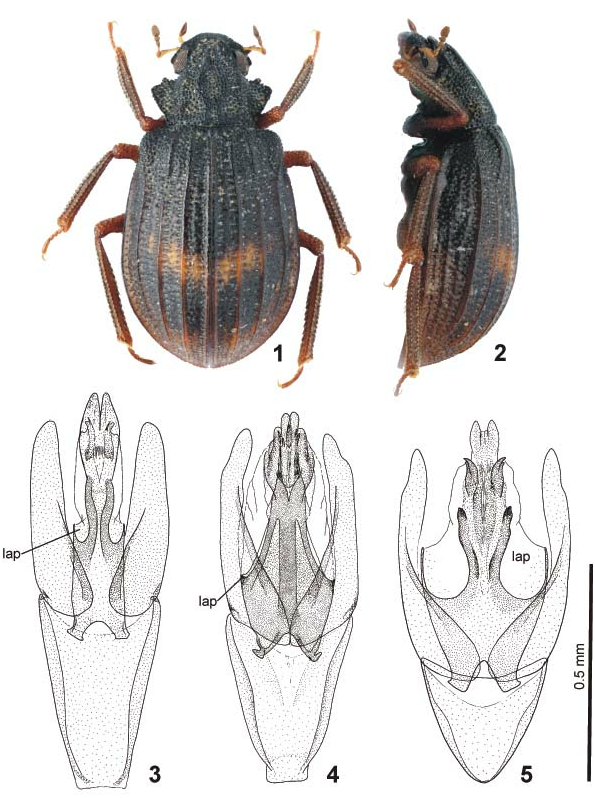 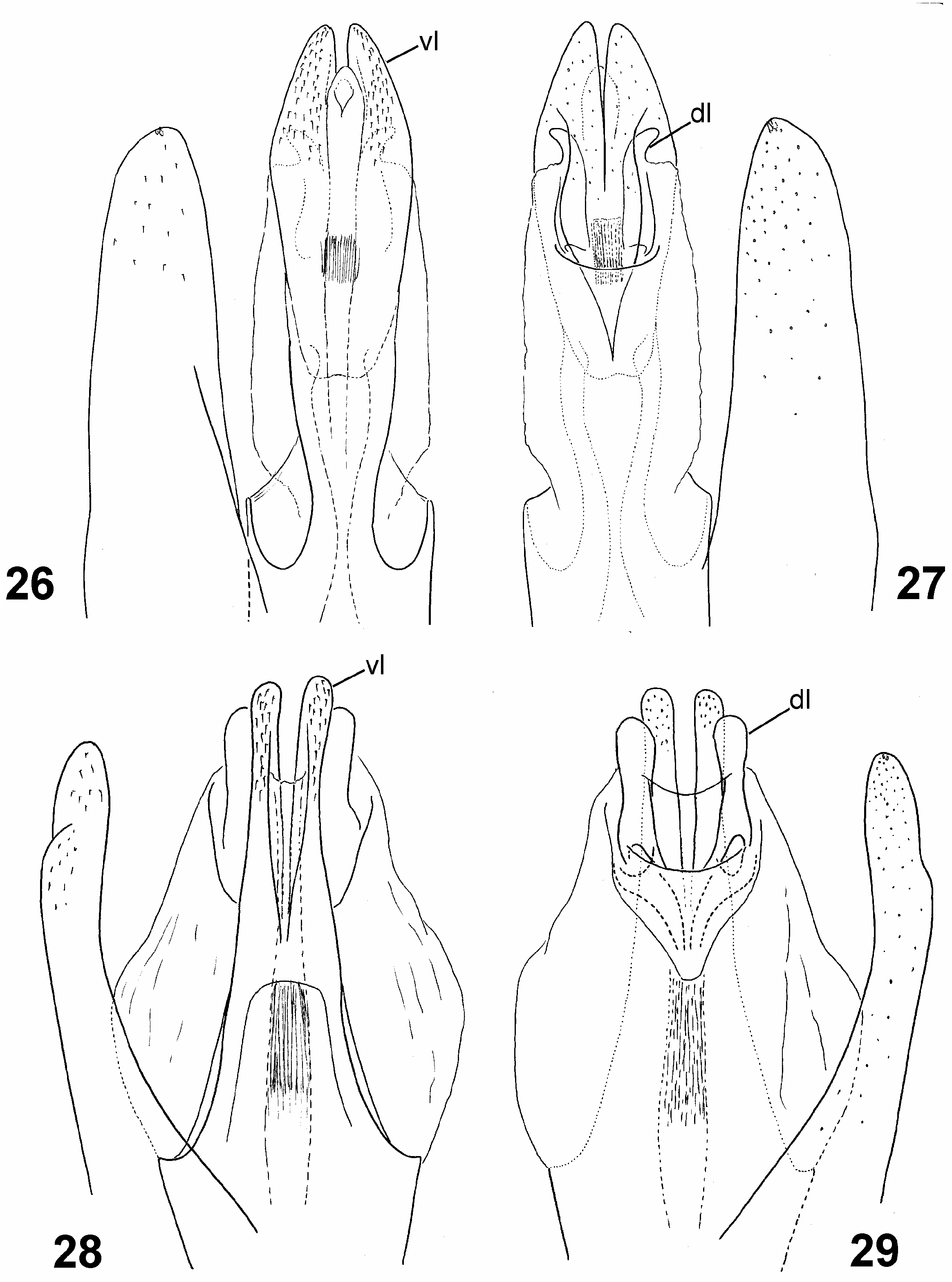