Diagnosis. A small (length 5–7 mm), pale yellowish brown species, with frons wide, parallel-sided, upper half black and lower half pale yellowish cream in the females, and thorax with a distinct dark brownish black medial stripe. It can be distinguished from Formosargus kerteszi James, 1939   , by the wings with R 2+3 arising directly in line with crossvein r-m (distinctly proximal in F. kerteszi   ), antennal flagellum with a more rounded apical margin of the basal complex and larger fourth flagellomere, scutum and scutellum with a relatively weakly defined black medial stripe (sharply delineated in F. kerteszi   ), and entirely yellowish pleura (a black spot is present on the anepisternum near the notopleural suture in F. kerteszi   ). Formosargus melanogrammus   is extremely similar to F. lineata   , differing mainly by having the scutal vitta widened posteriorly and occupying more than one-third of the width of the scutellum (narrower and more sharply defined in F. lineata   , occupying one-fourth or less of the width of the scutellum). Regarding the Australian sargines, it could possibly be confused with Ptecticus   , but can be readily distinguished by the generic characters.

Etymology. This specific name is derived from the Greek, melan, black, and gramme, line, referring to the distinctive black medial stripe on the scutum.

Remarks. The face is slightly anteroventrally produced to form a beak-like protuberance, similar to Hermetia Latreille, 1804   , but not as distinct.

This species is very similar to F. lineata   (New Guinea), differing mainly in the form of the thoracic vitta. Unfortunately, the wings in the holotype female of F. lineata   are mostly destroyed, so comparisons of wing characters cannot be made. Also, only females are known for both species so male terminalia characters are also unavailable.

One additional specimen from the Mt Lamond track (♀, “beginning of Mt Lamond track / Iron Range Nat. Park, Qld / 12°43'34"S 143°17'06"E / 3 Jan 1996 20 m / G. and A. Daniels ” AMS K.478680) most likely represents an undescribed species as it is larger in size (length 7 mm), and has an incomplete thoracic vitta that is mostly absent anterior to the transverse suture, and abdomen with more defined, almost black markings predominantly on tergites 2 and 3 GoogleMaps   . 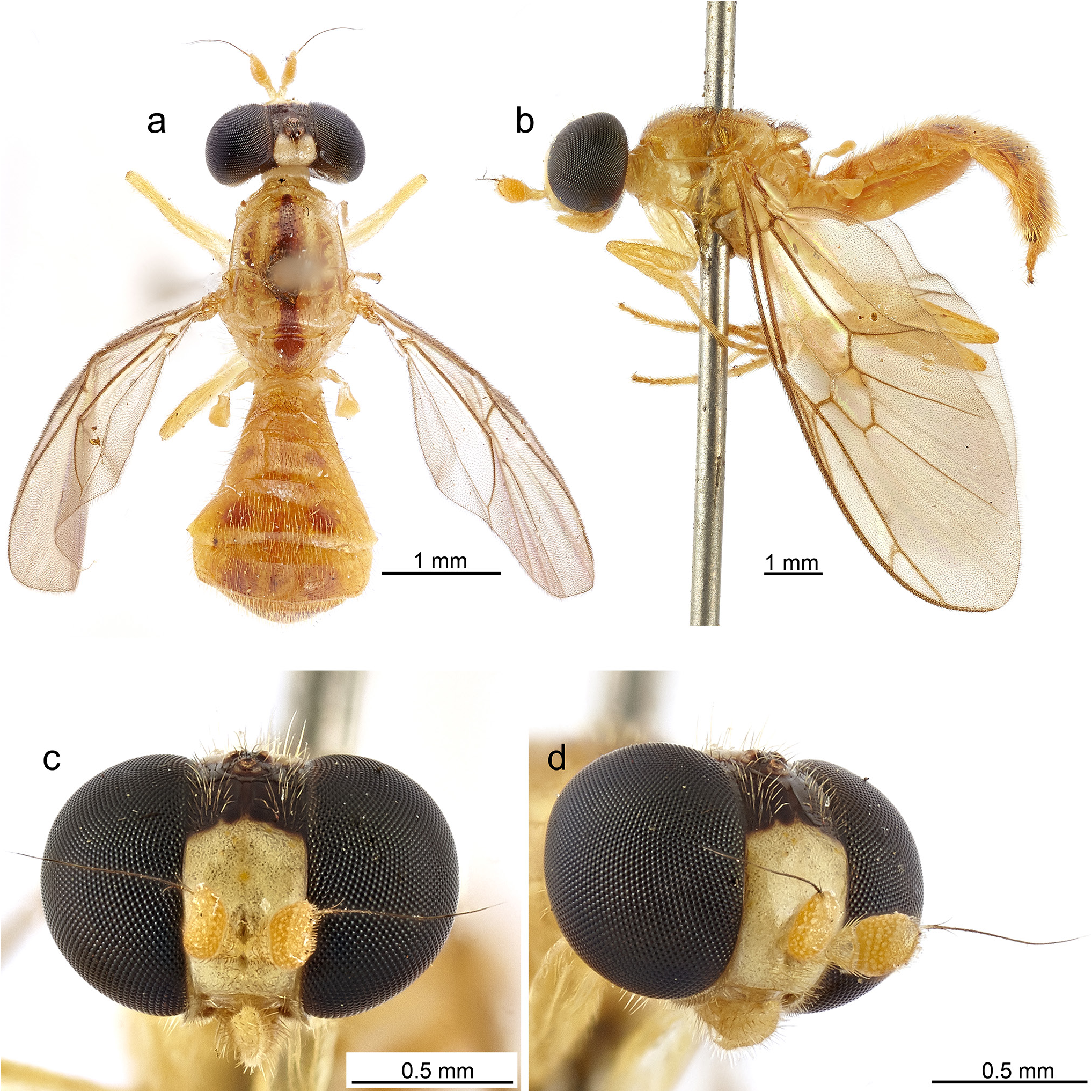