Variation and biogeography. Populations of these beetles have been sampled from three separate mountain forests in the Eastern Arcs: West Usambara Mountains, Uluguru Mountains and Rubeho Mountains ( Fig. 4B View FIGURE 4 ). The first two of these also provided specimens included by Perkins (2009) in the type series. Whilst there are some differences between individuals from these populations in the shape of the apical expansion of the main piece (see Fig. 3 View FIGURE 3 ), this character is also somewhat variable within a single sample, and not consistently diagnostic. Externally, beetles from these different forests do not differ consistently either. Despite this, the late Ignacio Ribera (pers. comm.), noted significant mitochondrial COI divergence between populations, suggesting relatively long-term isolation in montane forest ‘islands’. This isolation does not appear to have resulted in significant fixation of divergent morphological characters, however, and so I retain populations from all three mountain systems within R. grebennikovi   . Grebennikov (2019) describes a remarkably similar situation in some Eastern Arc Afrocloetus Petrovitz, 1968   pill scarabs, in which distinct, allopatric mitochondrial clades are in some cases morphologically identical. It is interest- ing to note that there is much greater geographical distance between populations of R. grebennikovi   than between the northernmost populations of this species and R. latissima   sp. nov. in the South Pare Mountains. All specimens examined were micropterous, in contrast to the observations of Perkins (2009).

Differential diagnosis. For characters allowing separation from Riberazantana latissima   sp. nov., see under that species below. 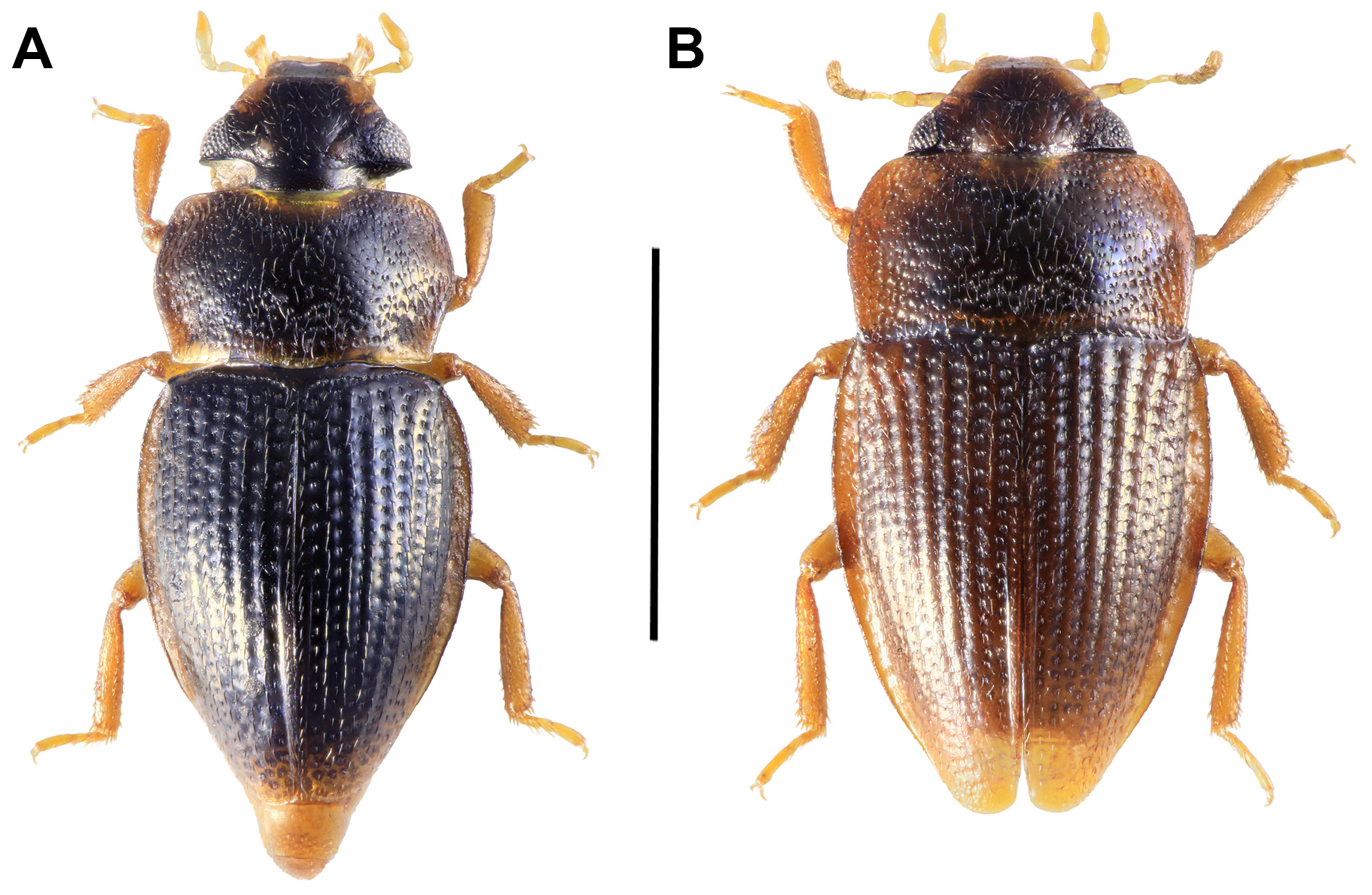 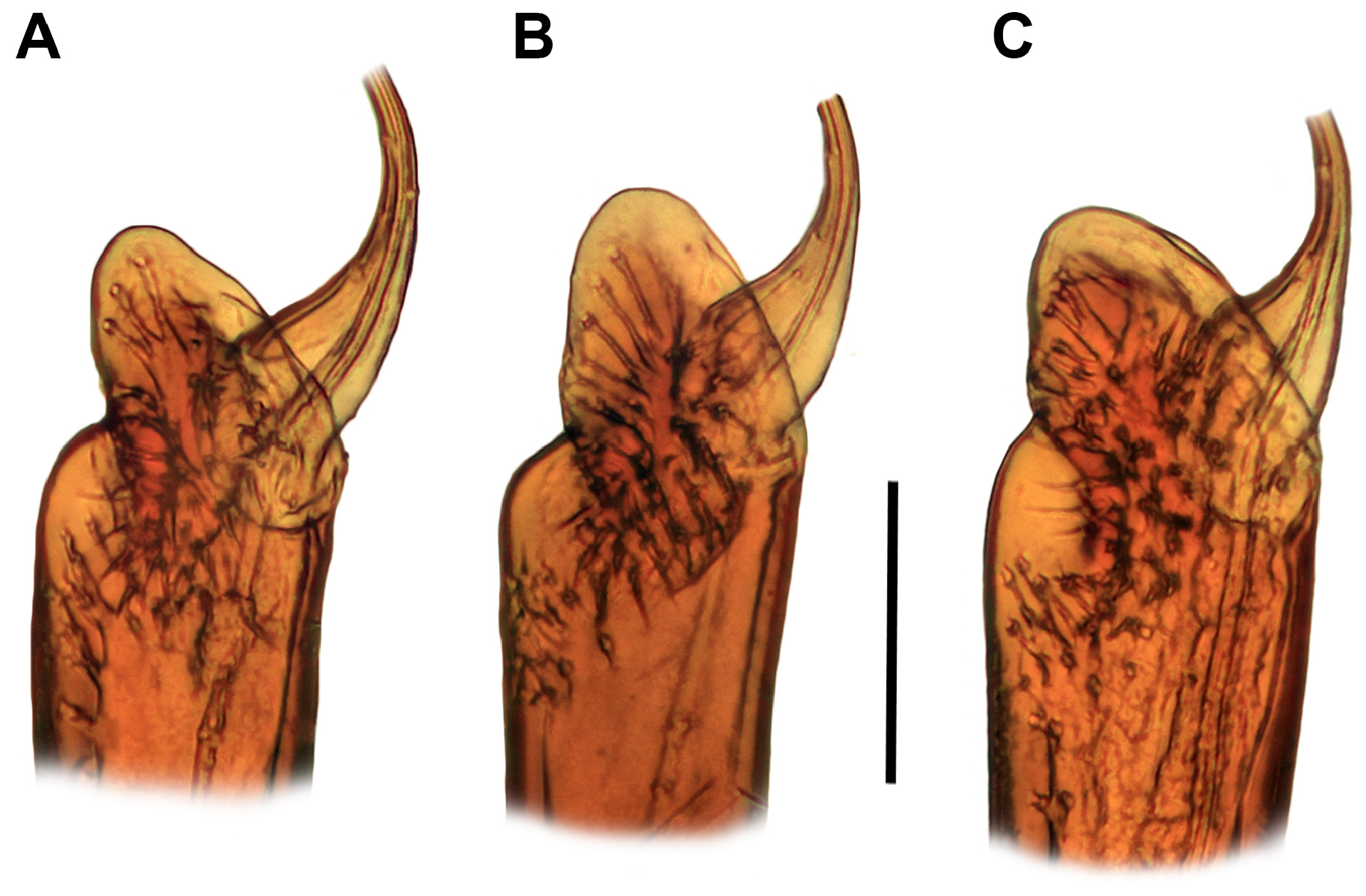 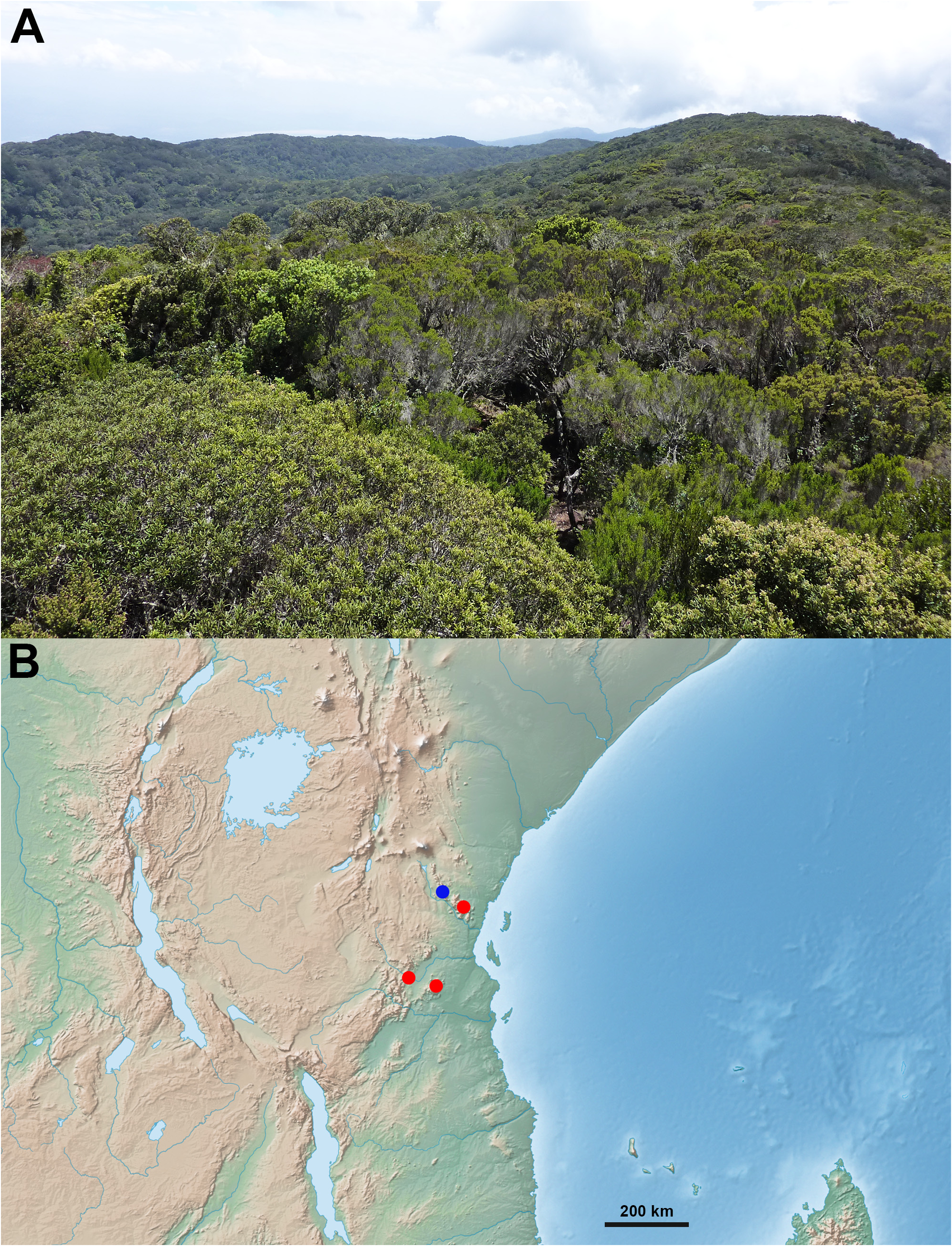