A good description of an Asilus sericeus   female pupal case was given by Malloch (1917). This species was also included in a key to the pupal cases of Connecticut robber flies by Bromley (1946). The following description is based on 3 male and 3 female pupal cases from the United States National Museum and 2 females from the Charles A. Triplehorn Insect Collection, Ohio State University. A male preserved in alcohol without an associated adult is labeled " Asilus sericeus Say   ; Stoughton, Mass.; May 1924; D. H. Blake coll." The other 2 male pupal cases and 2 females from the National Museum are pinned with adults and labeled "Stoughton, Mass.; June 1924; D. H. Blake coll." Among the Stoughton material collected in June 1924, one female case is pinned with an adult male and two male cases are pinned with adult females. The last National Museum female is labeled "Falls Church, Va.; May 13, 23; in earth under rotten manure; pupated May 16, 1923, emerged June 4, 1923." The 2 females from the Ohio collection are pinned with associated adults and labeled "Columbus, O.; issued 6.10.03."

Segment 2 with 6–8 bristle­like spines on each side of and extending slightly under hind leg sheath; segments 3–7 with complete transverse row of 22–30 ventral bristle­like spines; spines usually long, sometimes short, straight to apically recurved. 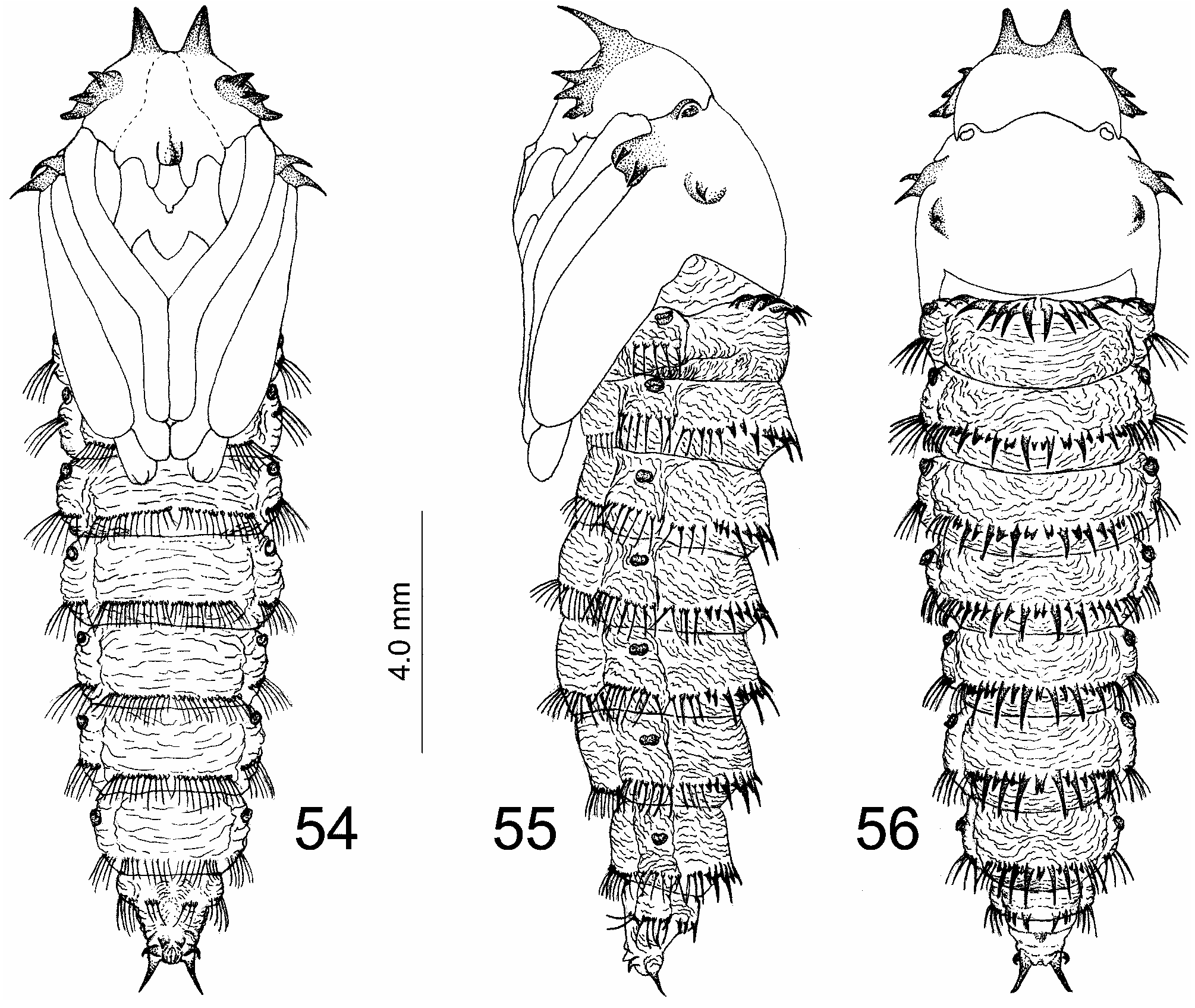