Material. Holotype (slide U/8) and paratypes including 35 individuals, one simplex and two exuviae (slides numbers: U/2–9, U/12–13, U/15–20) are deposited in the Department of Animal Taxonomy and Ecology at Adam Mickiewicz University, Poznań, Poland. Five paratypes (slides UG.007.01 [U/1] and UG.007.02[U/14], and three paratypes mounted on a SEM stub) are deposited in the Institute of Zoology and Biomedical Research, Jagiellonian University, Kraków, Poland.

Etymology. The name afroglacialis means “occurring on an African glacier” and refers to the ecosystem where the new species was found.

......continued on the next page Remarks and differential diagnosis. Granulation is poorly visible or not visible on some individuals, completely undistinguishable in SEM. Granulation is invisible in SEM, but is visible in both PCM and DIC, indicating that it may be comprised of depressions (fossae) covered with cuticle. On the holotype, granulation is visible only in some areas on the dorsal side. Thus, observation of cuticle should be done carefully. In five specimens, the first macroplacoid is shorter than the second; the difference ranges between 0.1–0.2 µm. Currently, the genus Adropion consist of twenty species (Degma et al. 2009–2017), but from a molecular point of view the genus appears polyphyletic and potentially with cryptic diversity ( Bertolani et al. 2014). It is first report of the genus Adropion from Uganda ( McInnes et al. 2017).

Apart from the peculiar granulation on cuticle, by having three macroplacoids, microplacoid and septulum in the pharynx, the new species is most similar to the following Adropion species: A. gordonense (Pilato, Claxton & Horning, 1991) , A. greveni ( Dastych, 1984) , A. linzhiensis ( Li, 2007) , and A. onorei (Pilato, Binda, Napolitano & Moncada, 2002) , but it specifically differs from: 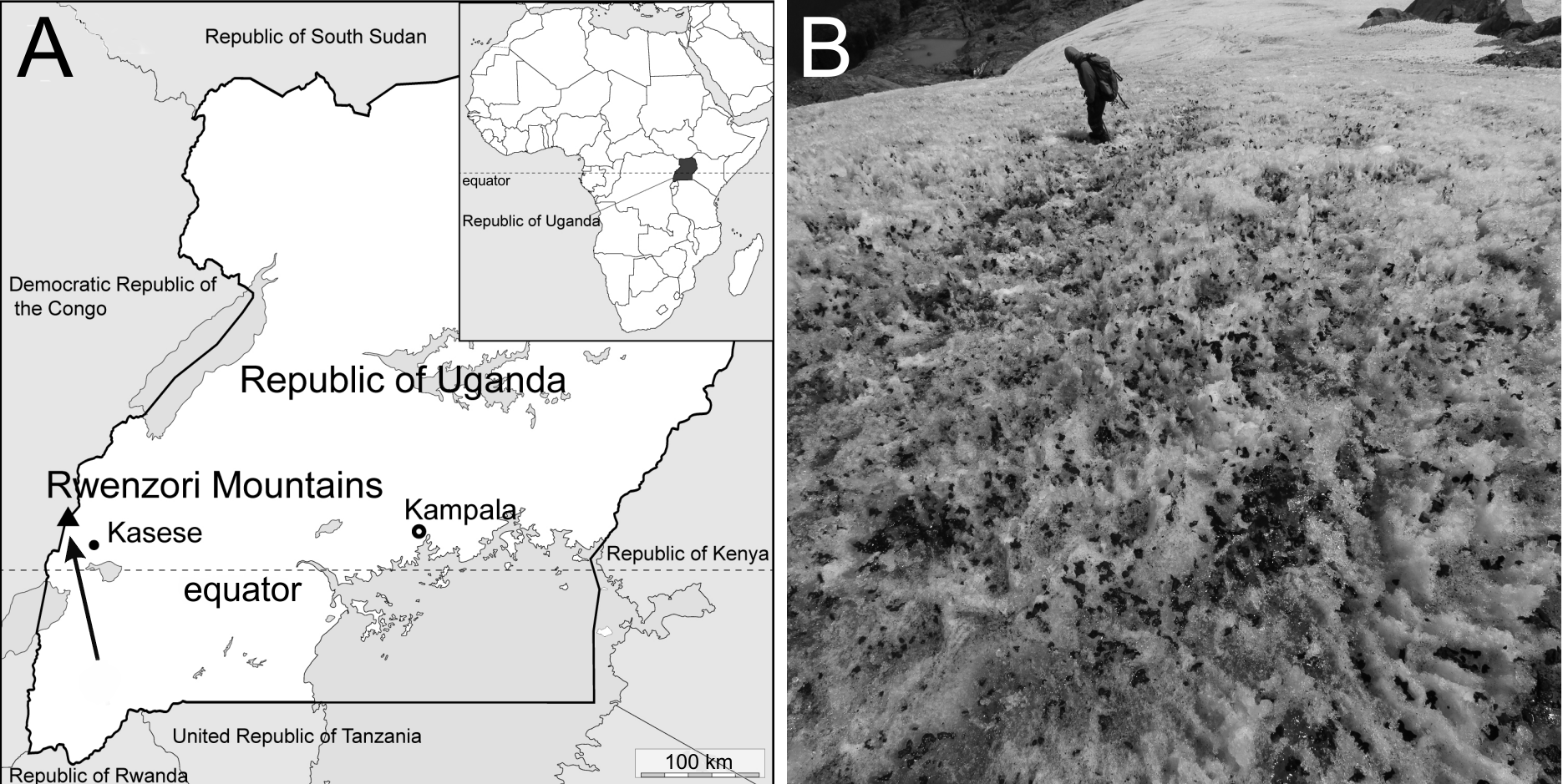 FIGURE 1. Study area: A—map of Uganda with the location of Rwenzori Mountains, inserted map of Africa with Uganda marked, B—terminus of glacier with glacier moss aggregation. 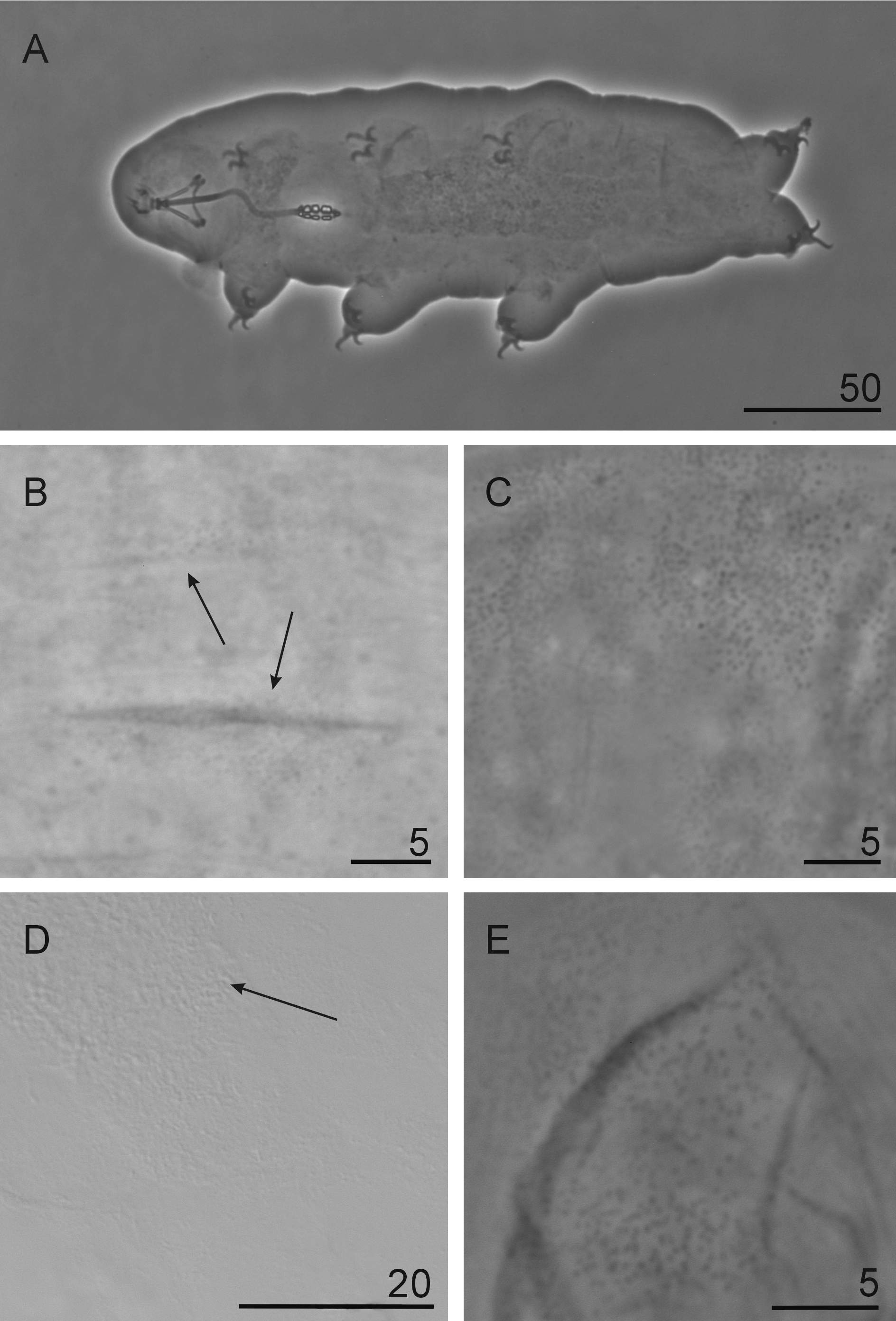