Thorax. Very pale greyish to brownish yellow with mostly well-defined dark greyish brown patches as follows: four stripes on presutural part of scutum; two patches on postsutural part; a less well-defined patch each at median angle of scutal suture and on most of scutellum and mediotergite; several well-defined specs on mesopleuron and sternopleuron (most notably along the pleural suture) and all of meron. Legs very pale greyish yellow, increasingly darker from coxa to claws.

Wing. Membrane slightly suffused with greyish yellow all over and with distinct greyish brown pattern. Cell dm produced along vein M 1+2. Dark patch at origin of Rs large, squarish and extended into basal radial cell, dark patch between cord level and end of R 1 distinctly fused with patch on cord, a small dark patch between patch at origin of Rs and anterior to cord much closer to origin of Rs than to cord; dark patch on R 3 rather small and extended into cell R 3+4; patch on end of R 4 broadly to completely fused with extensive darkening of wing tip; distinct darkening on m-m and m-cu, on end of vein R 5 and M 1+2 (fused with dark area on wing tip) and on end of CuA; dark smears in cell A 1 rather distinct. Halter with stem largely dull yellow and knob brownish grey.

Etymology. R. (R.) ro s ae is named for one of its collectors, Mrs Ros StClair, her Christian name given in Genitive case.

Discussion. The female of R. (R.) rosae   stands out from all consubgeneric species by its rich colour pattern including a very distinct thoracic mark along the pleural suture and by its specific pattern of the wings. 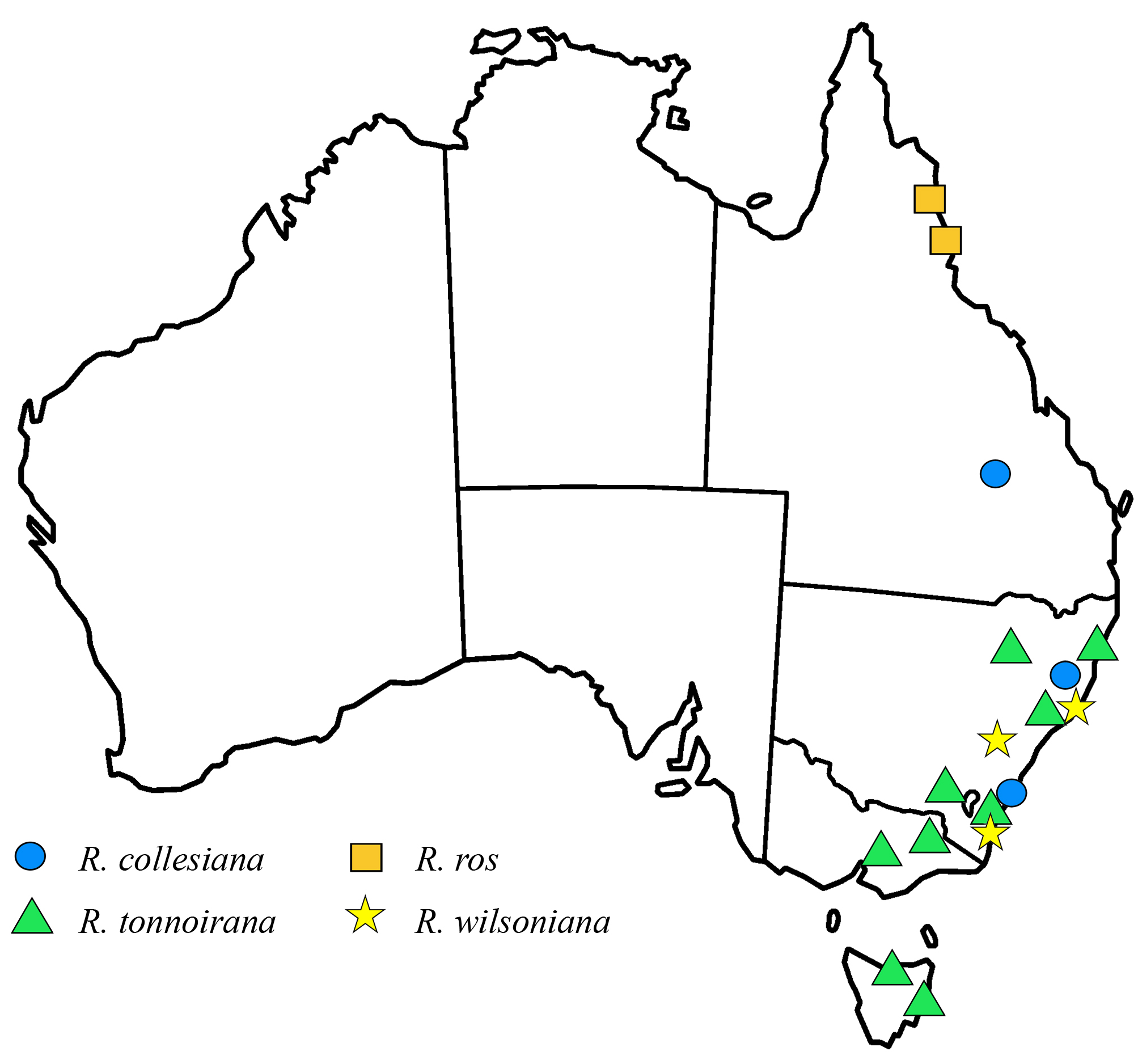