Variation. Abdominal colouration is dark brown in lighter individuals. Females tend to be darker; the legs, which are unicolorous in the males, may have contrasting brown tibiae in females.

Etymology. The species epithet is Greek for “hammer,” describing the club-shaped process of the distiphallus.

Comments. Aptilotella sphyra   exhibits sexual dimorphism in wing shape; in contrast to other species, females are not entirely wingless but retain small wing pads. This species shares similar distiphallic structures with A. pennifera   , but is unusual in the A. corona   species group in possessing an unusually large, square basiphallus. The combination of bicoloured body and unmarked frons is unique to this species. 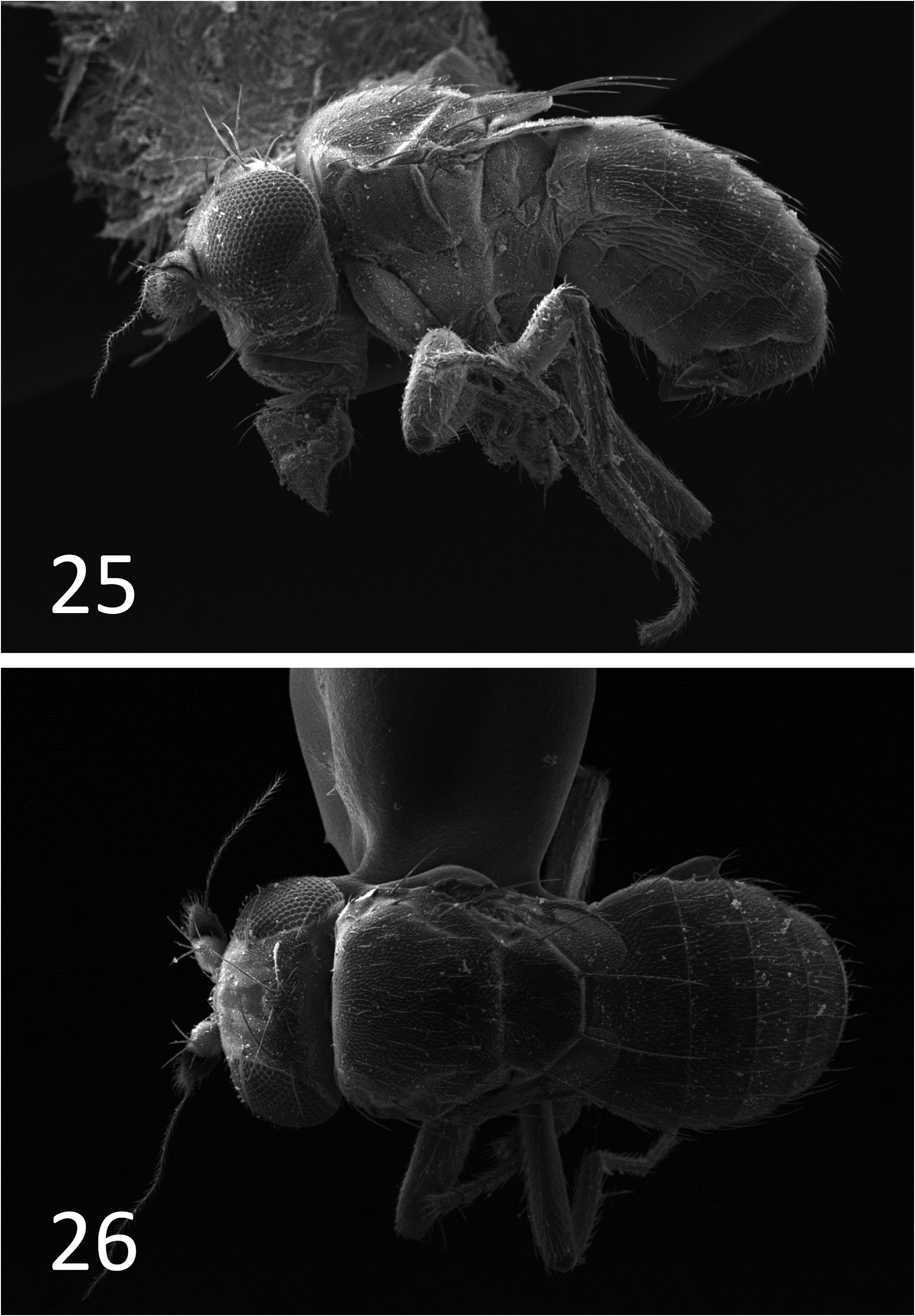