Variation. Teneral specimens have a uniformly reddish-brown body. The silvery facial stripe occasionally diffuses into the gena. Tergite 8 in some females is broadly rounded rather than triangular.

Etymology. The species epithet is from the Latin diffido, “to distrust,” referring to the ambiguous structure of the complex distiphallus.

Comments. Aptilotella diffisa   closely resembles members of the A. corona   species group, but its aedeagus is very different. The complex distiphallus is comparable to that of A. involucris   , particularly in the arrangement of ventral sclerites. The lopsided saddle-shaped sclerite is unique to this species. 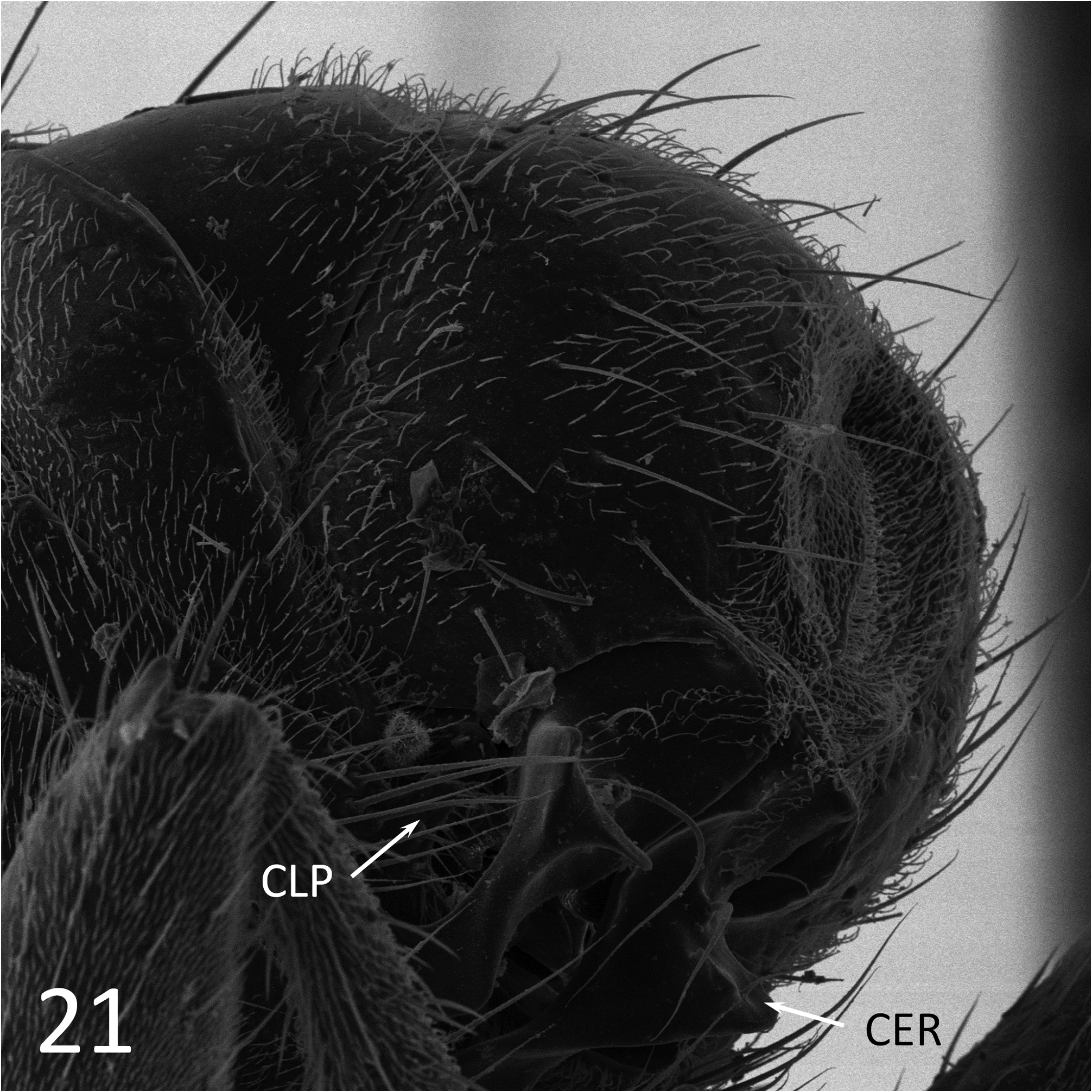