Variation. The reflectiveness of the silvery spots varies from faint to very strong. Infrequently, the hind femur is more or fully orange. Teneral specimens have a brownish body but retain the metallic sheen.

Etymology. Aptilotella macula   is named for the unique patterning of the frons.

Comments. Aptilotella macula   and A. macta   are the southernmost members of the genus; their type localities in the Bolivian Altiplano are over 2,100 km southeast of the described Ecuadorian Aptilotella species   , although undescribed species are known from Peru. These two species are probably very recently diverged from each other, and are found just 50 km apart. Both are readily recognized by the spotted frons and very shiny metallic and squat body. The cercal chaetotaxy is simple, and the surstyli are boomerang-shaped. The male distiphallus is distinctive for the scale-studded membranous sheet between the lateral flanking sclerites, and the claw-like fused medial and distal articles of the ventral flanking sclerites. Aptilotella macula   differs from A. macta   by the five-spotted frons, larger size, and robust male surstylus. 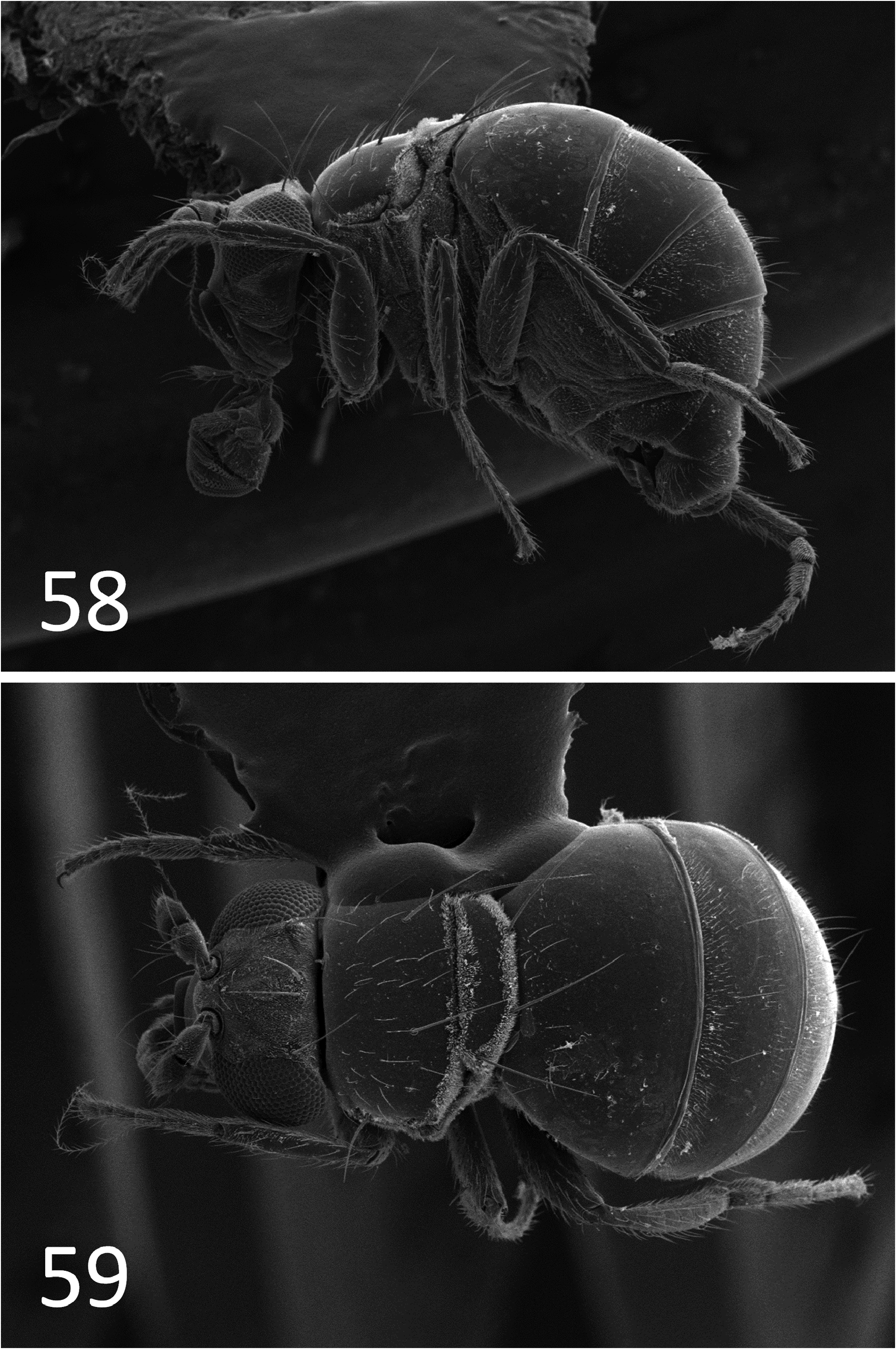