Female terminalia. Not examined; retracted from view in the single female specimen.

Variation. The two specimens from the “trail to Cerro Chirripó” have the dark genal band continuing through the clypeus, a thick dark band across the facial excavation, dark brown legs, and two anterodorsal bristles on the mid tibia. Although otherwise identical to the type material, both are females and cannot be positively identified as Aptilotella quadrata   .

Etymology. The species epithet describes the roughly squared tergite 1 plate, a defining character of this species and sister species.

Comments. Externally, Aptilotella quadrata   and A. umbracatus   are recognizable by their very shiny, nearly hairless body, completely separated lateral remnant of tergite 1, and unicolorous legs with one or two long anterodorsal bristles on the mid tibia. They are also distinguished from all other Aptilotella   by the distiphallus with a prominent dorsal sclerite and articulated medial and distal articles of the spoon-shaped ventral flanking sclerites, the loss of the ventrobasal sclerite, and a spindle-shaped ejaculatory apodeme.

Few members of the genus are as large and robust as Aptilotella quadrata   , and not even the more slender A. involucris   possesses such a prominently bilobed male sternite. A female specimen of an undescribed species, collected at carrion with A. umbracatus   in Panama, is superficially similar to A. quadrata   but lacks markings on the frons. 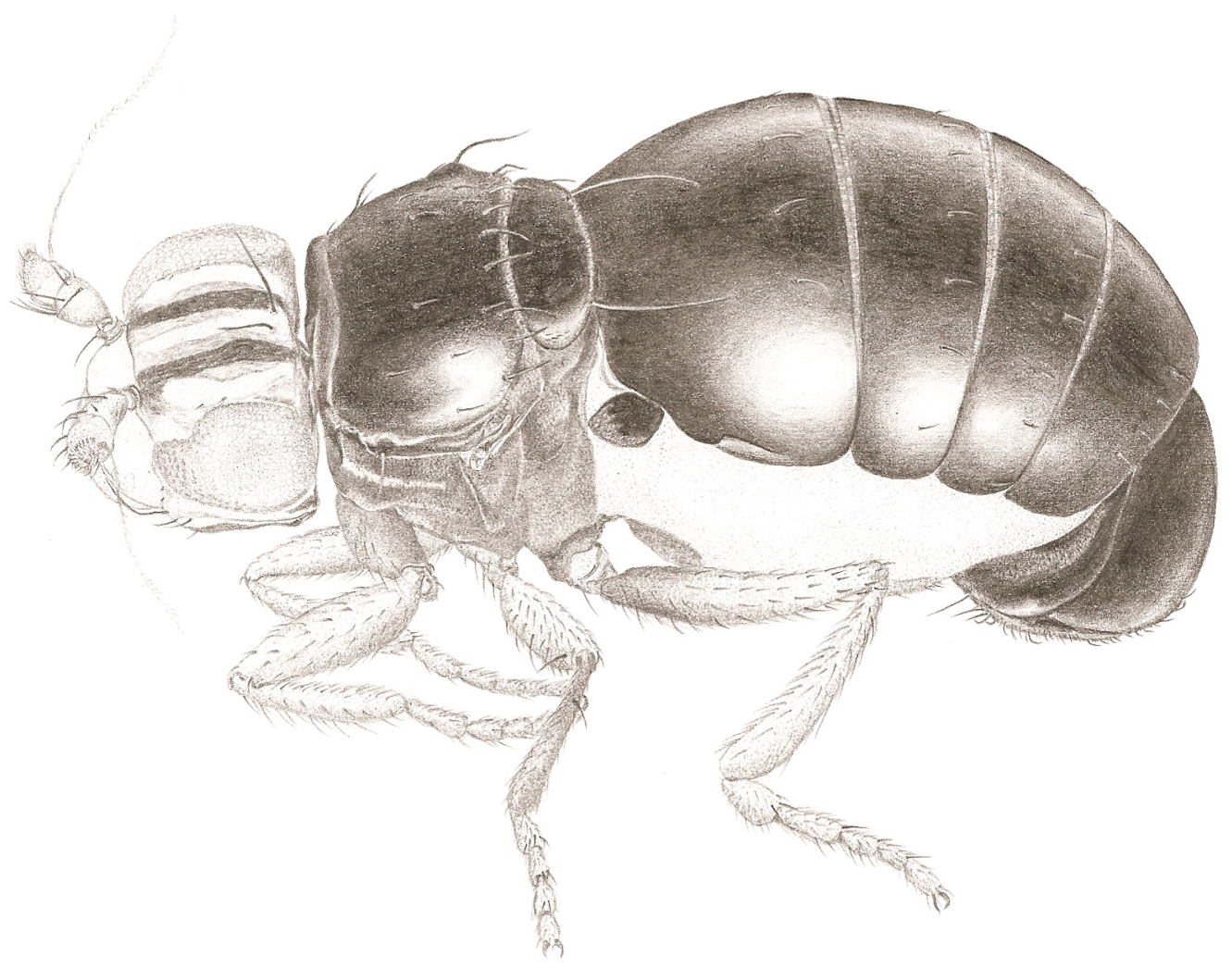