Diagnosis. A species characterised by having scutum totally black, frontal triangle lacking any dusting, the gena narrow and the arista tapering to a point.

Description. Male. All setae and hairs on dorsal surface of head and thorax black, but vibrissa, genal and palpal setae pale. Head yellow, black on frontal triangle, on upper half of occiput with the exception of a large swollen yellow incursion on either side and bearing the vertical setae, and on a shining black spot on either side of clypeus; head deeper than long (ratio of 28:25); long axis of eye vertical, this 4.4 times as high as gena; frons as long as broad, occupying slightly over half width of head, and with frontal triangle occupying entire length and two thirds of width of frons; frontal triangle concave-sided on anterior and convex-sided on posterior half, completely undusted and with ocellar prominence very little raised; vertical setae and the proclinate ocellars long and equal; the postocellars weak, parallel and as long as the interval between ocelli; orbital setae weak, few in number (4–6) and neither stronger nor as long as the scattered proclinate interfrontals; antenna (Fig. 94) variably infuscate dorsally. Scutum black, grey dusted; postpronotal lobe yellow with a black spot dorsally, this yellow marking connected with similar ones covering notopleuron, postalar declivity and postalar callus; 1 minute postpronotal, 1+2 notopleurals, of which the anterior is slightly longer, 1 long dorsocentral and 1 rather short postalar seta; scutellum yellow with basal corners infuscate laterally; apical scutellar setae longer than scutellum and two and a half times as long as the laterals; pleural pattern and dusting and wing identical to those of the next described species ( woodi ). Legs yellow with apical tarsomeres somewhat infuscate and hind tibia with faint indications of a broad darker band at mid length. Abdomen with clothing hairs pale.

The 22.iv.1994 material is dry-mounted from alcohol following hardening in ethyl acetate, and as such may be subject to mild distortion. 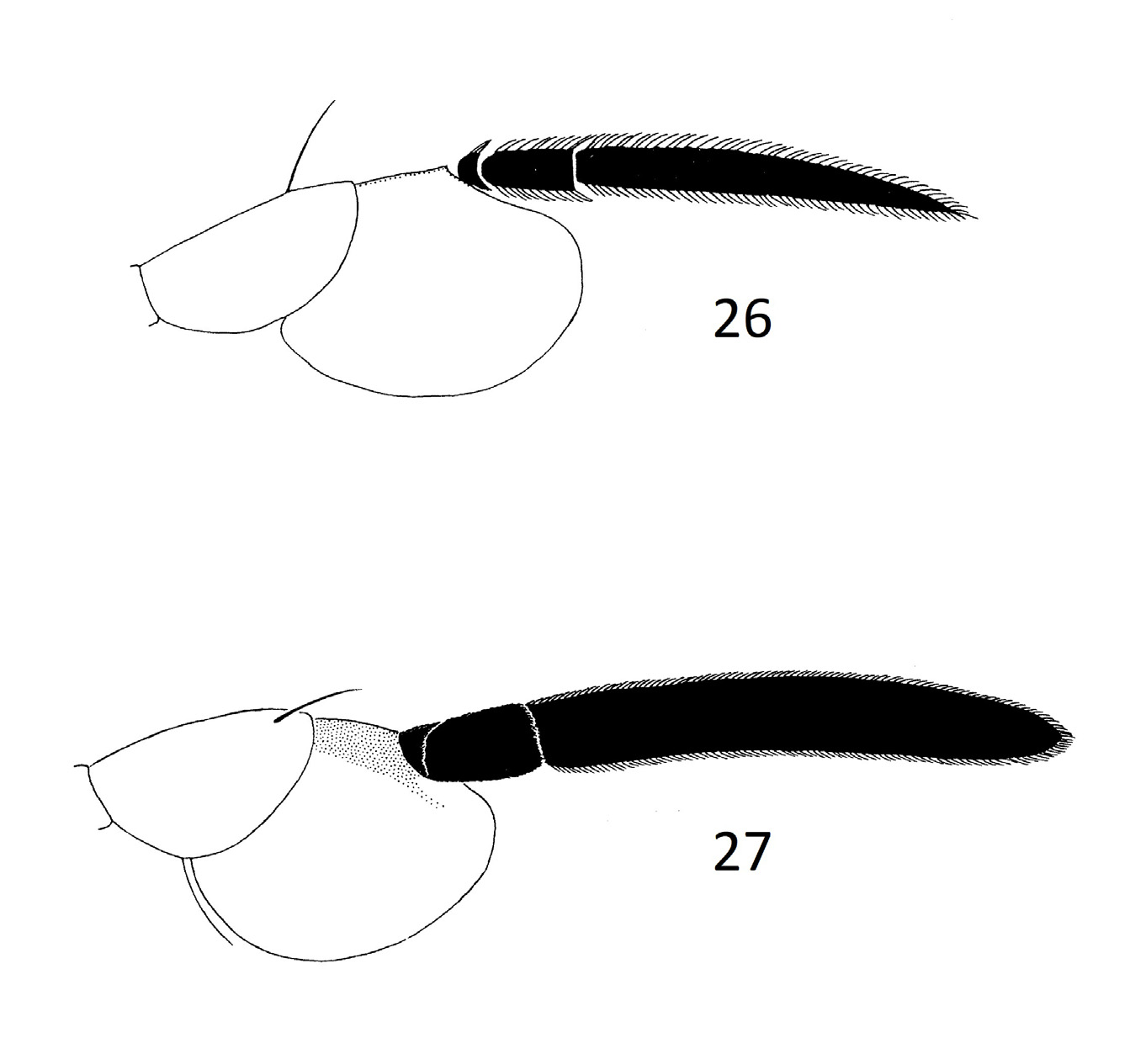