Aleochara litoralis   was reported from New Brunswick, Newfoundland, and Nova Scotia by Klimaszewski (1984). Additional records are given above. Its distribution in the region of Atlantic Canada is shown in Fig. 12 View Fig . The adults and larvae are found in decaying seaweed and debris on ocean beaches ( Klimaszewski 1984). Aleochara   adults are predators of larvae and eggs of cyclorrhaphous Diptera   and ectoparasitoids of the pupae as larvae ( Klimaszewski 1984). The specific hosts of A. litoralis   have not previously been documented, however, C.G. Majka has collected Coelopa frigida (Fabricius, 1805)   ( Diptera   : Coelopidae   ), a common and widespread Holarctic fly, in Point Pleasant Park in association with A. litoralis   . Adults, larvae, and pupae of this fly were very numerous in the decomposing seaweed and are presumably the prey species utilized by A. litoralis   . 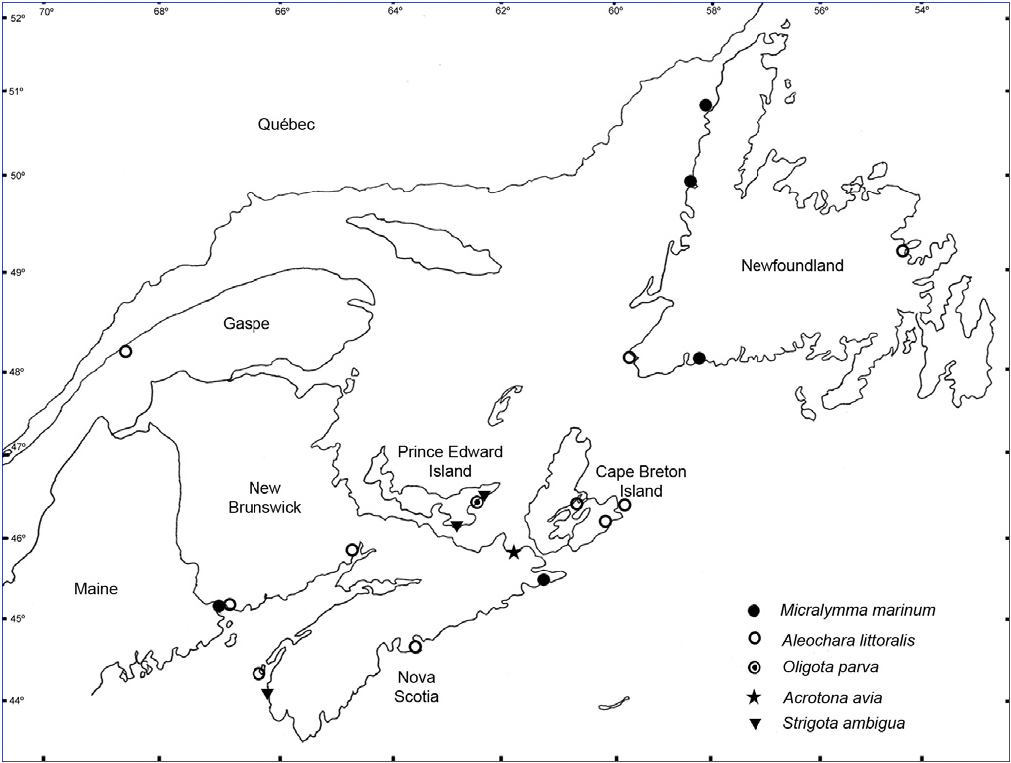