DIAGNOSIS: Males of this species may be distinguished from most species by the strongly reduced eyes consisting of minute, slightly elongate triangles (fig. 111), a small but distinct and sharp metafemoral tooth (fig. 168), and distinctive male genitalia with the median lobe moderately robust and with the apex slender and approximately straight (fig. 342). The species is most similar to A. chauliodoum   and A. microphthalmum   , from which it may be distinguished by smaller eyes, less laterally expanded male probasotarsomeres (both to distinguish it from A. chauliodoum   ), a smaller metafemoral tooth and differences in the shape of the median lobe (figs. 341, 342).

ETYMOLOGY: Named from the Latin words nimbus, meaning ‘‘rain cloud’’, and silva, meaning ‘‘forest’’, for the habitat where the type specimen was collected.

DISTRIBUTION: This species is known only from the type locality in Baja Verapaz, Guatemala (fig. 376).

DISCUSSION: The type specimen was collected from cloud forest litter at 1500 m.

Agathidium oniscoides Subgroup   DISCUSSION: These species are not characterized by any particularly discrete characters, but share a general similarity in body form and aedeagal shape. There are two species pairs in this group. One of these is A. oniscoides   and A. rubellum   , which have nearly identical male genitalia and relatively short elytral sutures. The other two are A. fawcettae   and A. exiguum   , which have dorsal microreticulation, relatively long elytral sutures and somewhat similar genitalia. These are some of the most common species in North America. 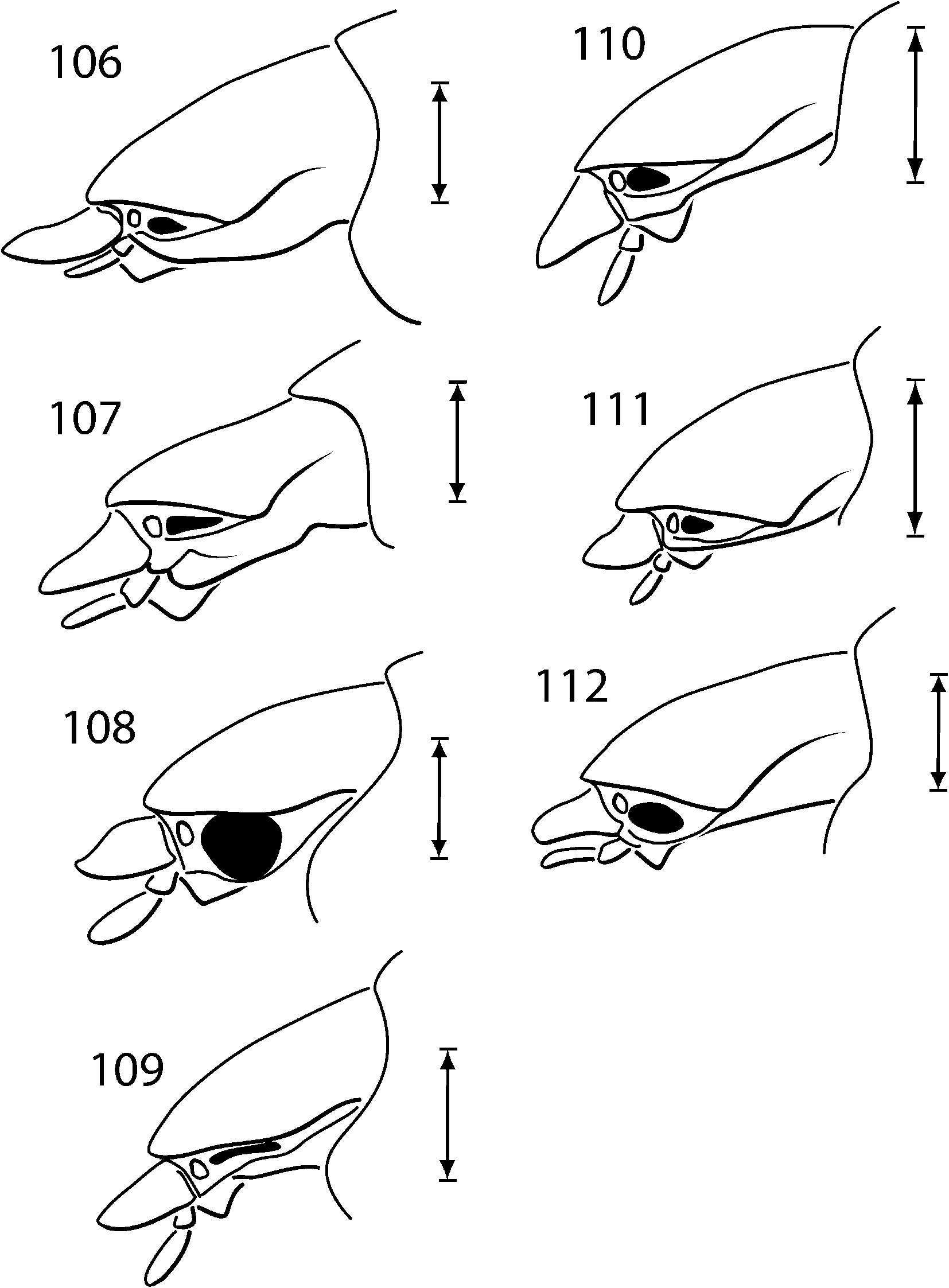