Female: As per the L. pygmaeus species group.

Distribution. Known from only four specimens collected from Kakadu National Park and Nitmiluk National Park from the Northern Territory, in the ARP bioregion ( Fig. 14 View FIGURE 14 ). All specimens have been collected in rainforest or open forest. Given the limited collecting in the ARP bioregion and surrounding PCK, DAC, ARC, CEA, and GFU bioregions, and presence in both open and closed forest, L. gubara is likely more widespread than currently reported.

Comments. Lepanus gubara was unknown at the time when the informal nomenclature for undescribed species of Lepanus was reported ( Yeates et al. 2011) but was designated the informal name “ Lepanus NT8” within this revision. The only known specimens were collected in flight-intercept traps and by pyrethrum. This species is superficially similar to L. pungalina but both males and females L. gubara can diagnosed by the virtually impunctate mesoventrite, secondary basal line of pygidium not evident, absence of reticulation on the head between clypeogenal suture and apical edge, and punctation of the sixth abdominal ventrite (heavier in L. gubara ). 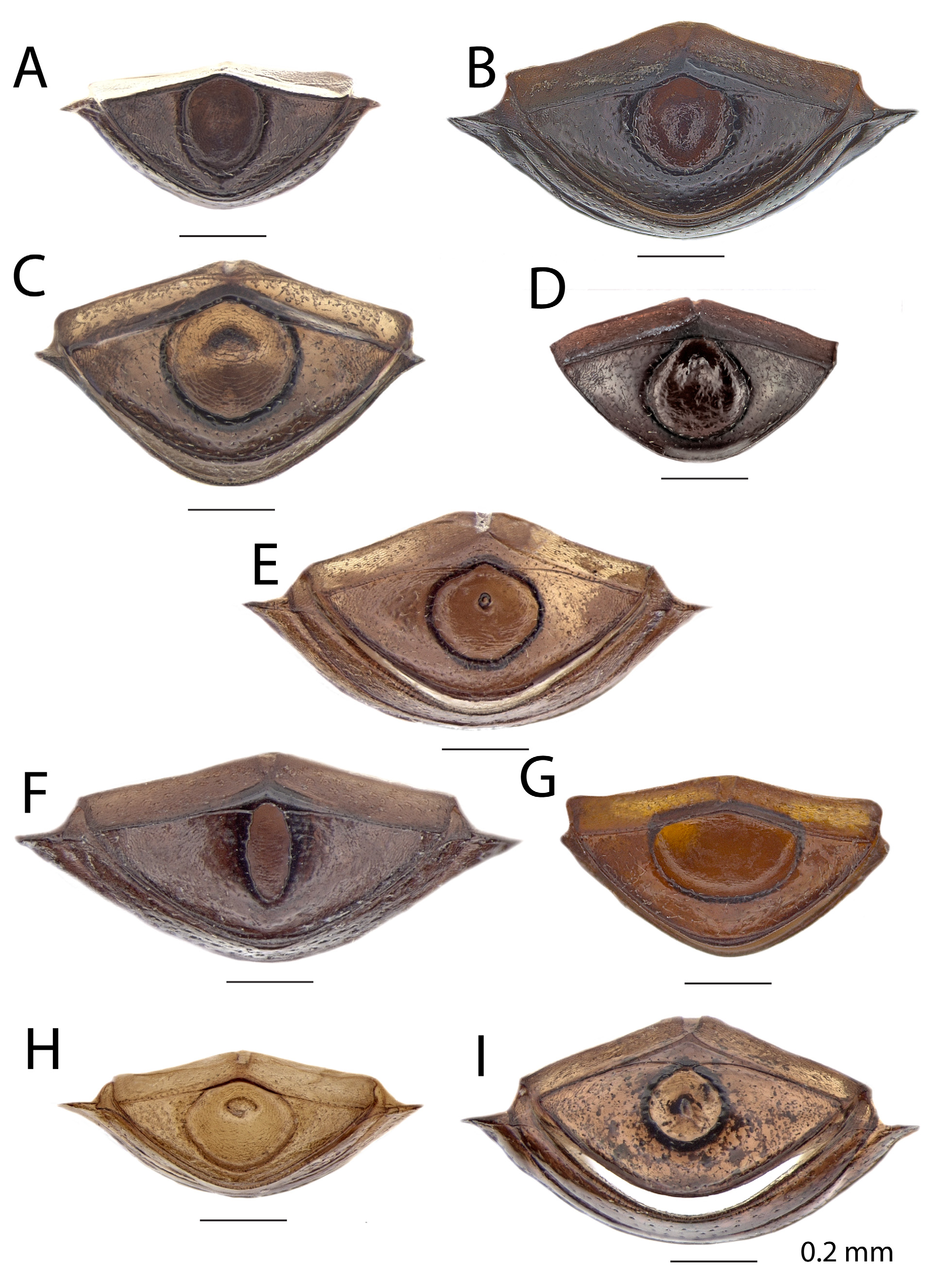