Erected for the single new species described below ( Fig. 17 View FIGURES 16 – 21 ), this new genus is presumably endemic to Norfolk Island. The species is fungus-feeding, and is often abundant in the National Park where it breeds on the dead fallen leaves of the endemic plant Cordyline obtecta   ( Asparagaceae   ), the Norfolk Island Breadfruit that is sometimes known as Rauti   . The new genus shares most character states with Adraneothrips   , a genus of leaf-litter species that is widespread in tropical countries (Dang et al. 2013). It is distinguished by the remarkable sculpture of the metanotum and pelta ( Figs 14, 15 View FIGURES 9 – 15 ), and the unusually pale colour of the body. In contrast, species of Adraneothrips   are either dark brown or bicoloured, and all of them lack any strong surface sculpture. Moreover, the head of the new species is long and projects in front of the eyes, and in contrast to Adraneothrips   species the prosternal basantra are not completely absent. 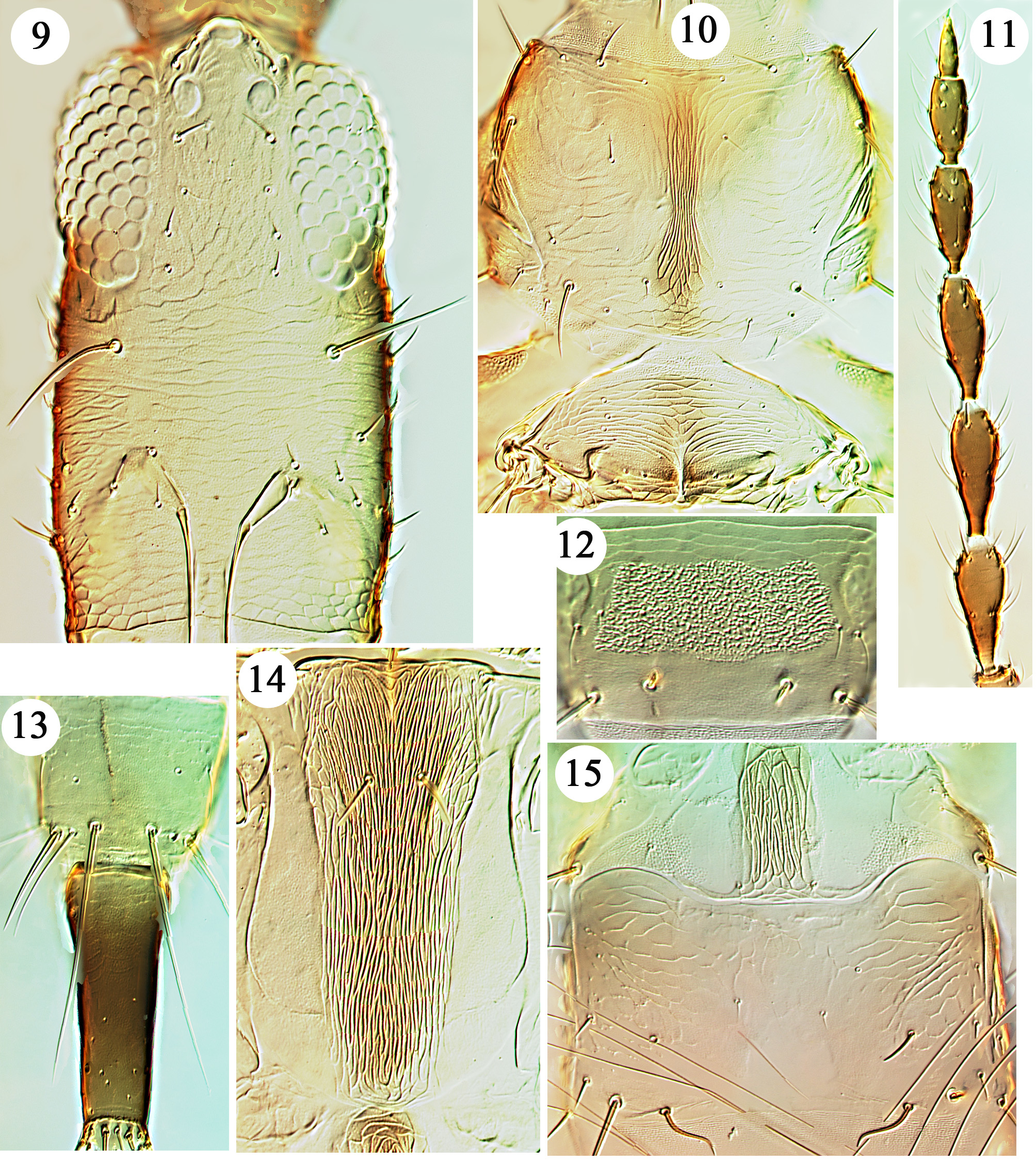