Nokona chrysoidea  was described from Taiwan and belongs to the Nokona pernix (Leech, 1889)  species complex. The population that occurs in Guangzhou city is very variable but in particular its yellow forms are indistinguishable from Taiwanese N. chrysoidea  . Dark forms of the Guangzhou population are very similar to N. pernix  from Japan or N. inexpectata Arita & Gorbunov, 2001  , described from Taiwan. Similar individuals are known from several provinces in southern and eastern China, but it is currently unclear whether they belong to a single species or represent a species complex. Arita (2011) figured specimens from Nanling under the name Nokona semidiaphana ( Zukowsky, 1929)  ; however, the figured specimen belongs to the N. pernix  species complex and is here considered belonging to N. chrysoidea  . Typical N. pernix  occur in Japan; but, this species has also been recorded from Mainland China. Until a more detailed study can be undertaken, we here propose to apply the name N. chrysoidea  to these specimens. The taxa Nokona inexpectata  and Nokona pilamicola  (Strand, [1916]) may be junior and senior synonyms, respectively, of N. chrysoidea  . Published illustrations of these taxa (Arita & Gorbunov 2001) show no significant differences in external appearance or in genitalia morphology in comparison to N. chrysoidea  . However, since the type material could not be reexamined we refrain from formal synonymization at this stage.

Variability. A very variable species, both in size and coloration. Alar expanses range from 21–31 mm in males, and 27–31 mm in females. The forewings can be orange-brown to dark brown, sometimes with minimal remnants of transparent areas; however, even in dark specimens some orange-brown scales can be found on the forewings. Furthermore, the forewings typically lack all bluish lustre. The hindwings have dark outer margins of variable width. The number of yellow bands on the abdominal tergites varies between 2 and 5, however, they are always present at the distal margins of tergites 2 and 4. The triangular anal tuft is typically black with a narrow white lateral margin.

Biology. Larvae of this species (or species complex) feed in vines of Paederia scandens  ( Rubiaceae  ). According to label data, one specimen was collected on the flowers of Ostericum grosseserratum  ( Apiaceae  ).

Distribution. Specimens belonging to this species complex have been collected in Taiwan, Mainland China and northern Vietnam (unpublished). 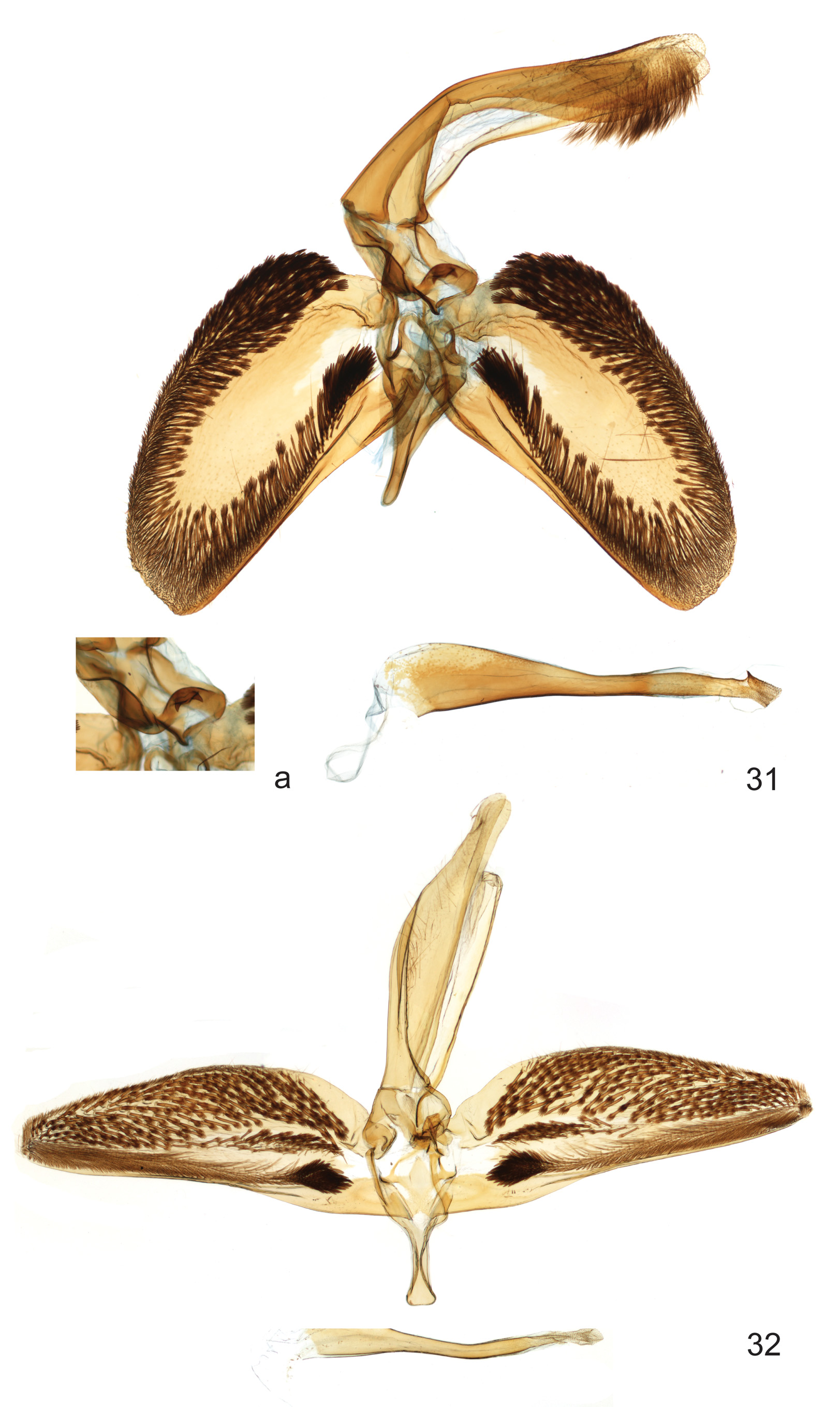