Diagnosis. This species is distinct from most known species of the genus Nokona  . It is similar to Nokona stroehlei Fischer, 2002  , which was described from the Malay Peninsula. It differs by the markings on the hindwing (with narrow discal spot, narrow outer margin and fine veins in N. bractea  ; with broad discal spot, broad outer margin and broadly scaled veins in N. stroehlei  ). N. bractea  also shows some similarity to N. noblei  . The latter differs by its transparent hindwings (lacking the smoky appearance of N. bractea  ), its hind legs that are marked with yellow, its partly yellow tegulae, and its black patagia. 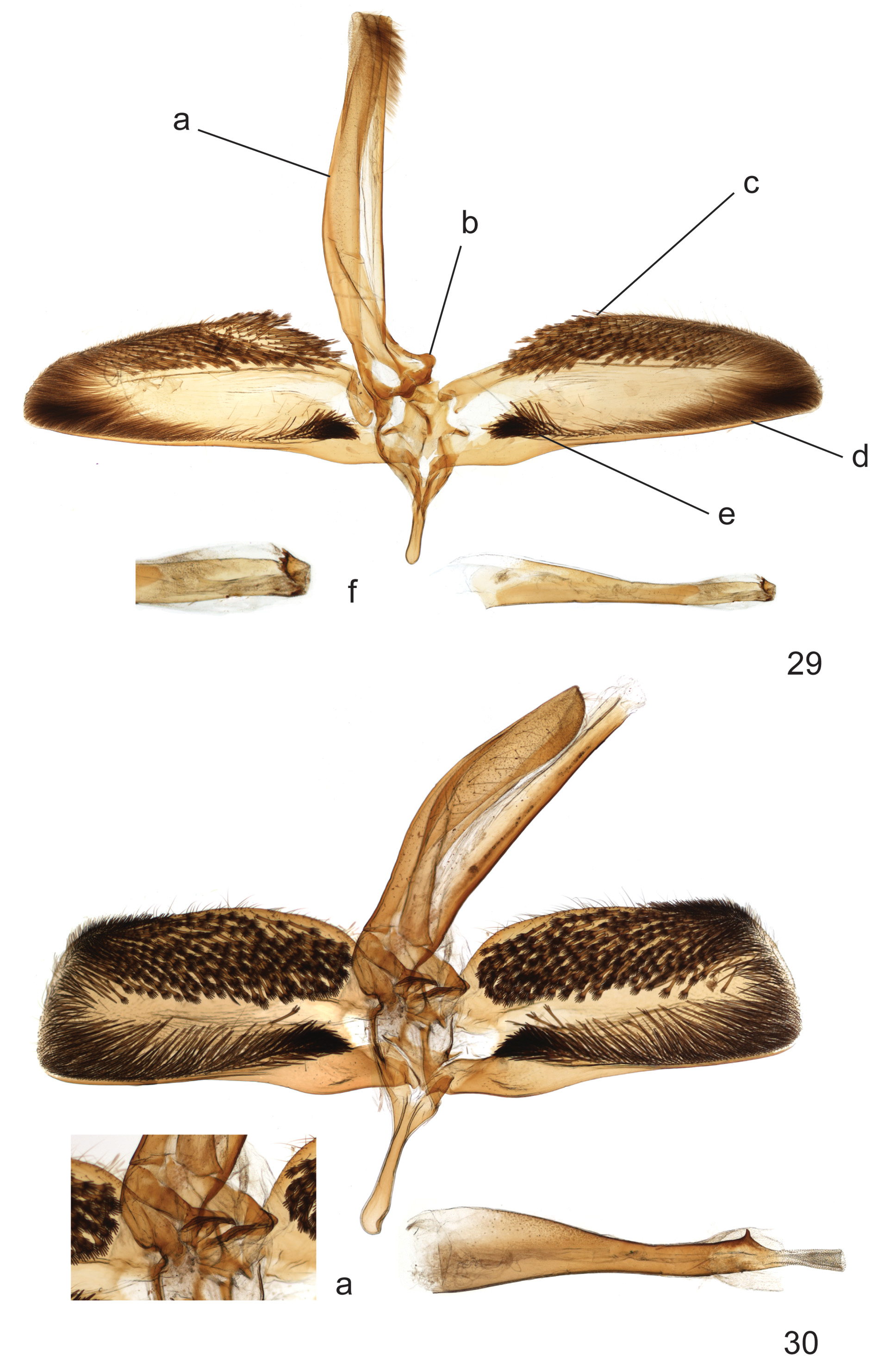