The most valuable diagnostic characters specified in the original Description of the male ( EDWARDS 1924) are: "Legs uniformly yellow, except for the extreme tips of femora and tibiae. Wings with the usual dark spots over the crossveins. Hypopygium: Ninth tergite rather short, ending in three little triangular points. Ninth sternite very long, extending beyond the tips of the side-pieces, curled into a tubular shape, truncate and slightly blackened at the tip. Terminal projection of side-pieces rather long and stout, with one rather weak spine and a number of stiff hairs, two or three of which are thickened, black and almost spine-like."

From the Description above of the hypopygium and the now available material of Styringomyia   from Australia it became obvious that EDWARDS (1924) when giving a correct treatment of the dorso-ventral orientation of the male terminalia in Styringomyia   did not get it right in S. bipunctata   . If this is taken into account, however, the original description is sufficient for a confident interpretation of the species.

ALEXANDER (1925, 1960) mentioned S. bipunctata   in comparison with S. mcgregori ALEXANDER, 1925   and with S. scalaris ALEXANDER, 1960   . The great differences between the male terminalia of these species have nothing to do with the fact that ALEXANDER identified a Styringomyia   male from Brooklana, New South Wales as bipunctata ( Figs 40-43 View Figs 40-43 ). This specimen is actually S. williamsi   nov.sp. as described below. Whereas S. bipunctata   is a tropical species, S. williamsi   is known to range from Goomburra in Queensland (27.978844°S / 152.293154°E) to Minnamurra Falls (34°38’S / 152°51’E) well south of Sydney. The two are apparently a pair of allopatric species occurring north, respectively south, of the Eungella - Paluma gap, a region where ecological and physiographic boundaries coincide with taxonomic discontinuities below the level of closely related species-pairs in Odonata, Plecoptera and Megaloptera (WATSON & THEISCHINGER 1984).

Wings. Infumed with pale greyish and with somewhat darker spots on crossveins.

D i s c u s s i o n Styringomyia bipunctata   , S. williamsi   nov.sp. and S. coronata   nov.sp. are a closely knit group of species with sternite 9 of male ending in three small extensions and tergite 9/10 very long and truncate if the 180 degrees torsion of the male terminalia in Styringomyia   is correct and consistent ( EDWARDS 1924, RIBEIRO 2003) and if we can assume (based on fresh material of three species) that EDWARDS (1924) nevertheless got the dorsoventral orientation of the hypopygium wrong in the Description of S. bipunctata   . S. bipunctata   can be distinguished from S. williamsi   , its closest ally, possible its sister taxon, by the longer, less flat and narrower median extension of male sternite 9 and by its geographical distribution (more northern, tropical) versus more southern. Both, S. bipunctata   and S. williamsi   have the three extensions of sternite 9 shorter and the thinner apical portion of the gonocoxites markedly shorter than S. coronata   . 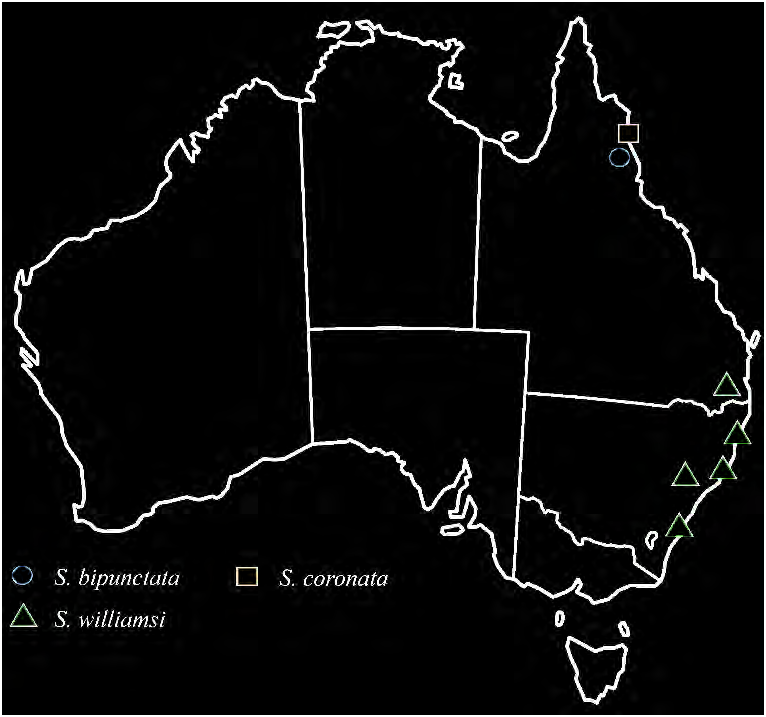 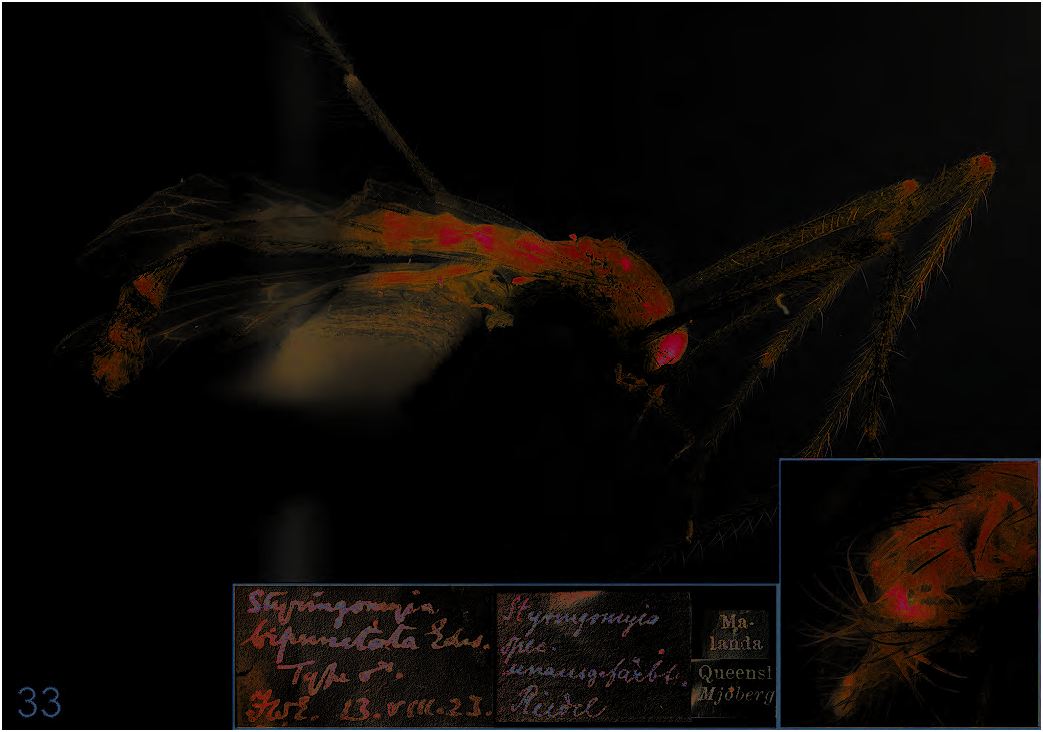 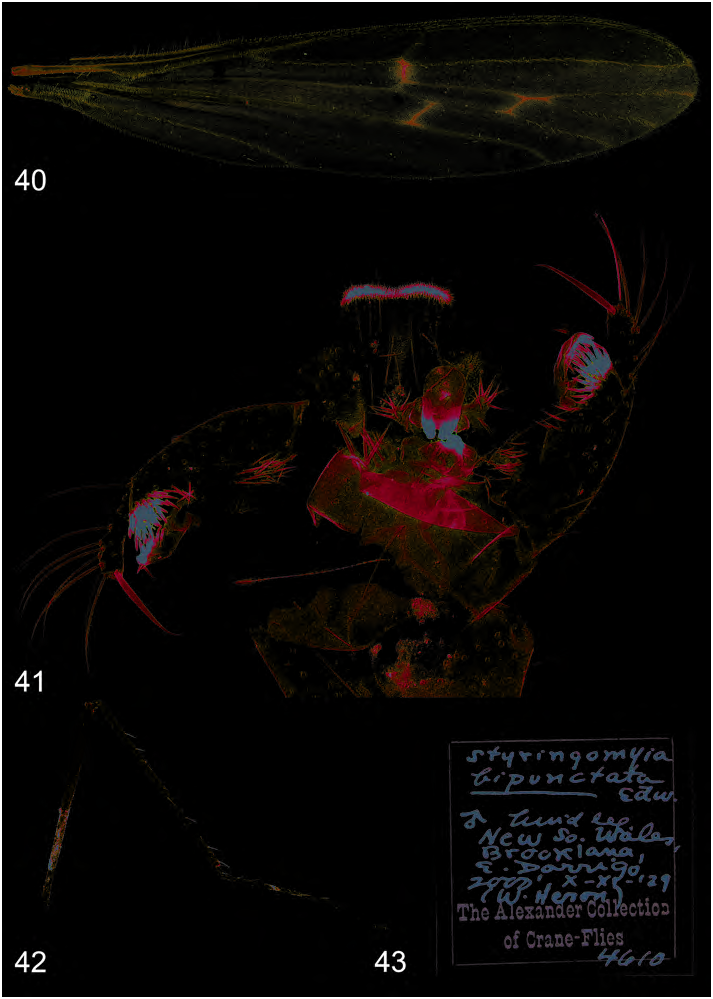