Diagnosis. The following combination of characters distinguishes Astyanax pelecus   from its congeners: body depth (26.7-34.8% of SL), short but pointed snout, that is smaller than the orbital diameter, and reduced number of branched anal-fin rays (16-18). Furthermore, A. pelecus   differs from other members of the genus in its distinctive color pattern: it possesses only one humeral spot limited to the region above lateral line series, and has a conspicuous midlateral body stripe extending from the upper margin of the opercle to the caudal-fin base, a putative autapomorphy of this species. Most of the remaining species of Astyanax   have humeral spot vertically or horizontally elongate, with an extension of humeral spot ventral to lateral line and have the midlateral body stripe becoming faint or disappearing near, or just anterior to, humeral spot.

ated anterior to dorsal-fin origin. Dorsal profile of head between vertical through posterior nostril and tip of supraoccipital spine straight or slightly convex. Body profile convex from tip of supraoccipital spine to base of last dorsal-fin ray, and straight from that point to adipose-fin origin. Ventral profile of body convex from margin of lower lip to anal-fin origin. Body profile along anal-fin base posterodorsally slanted. Caudal peduncle elongate and nearly straight to slightly concave along both dorsal and ventral margins.

Premaxilla with two tooth rows; outer row with two to four pentacuspid teeth with central cusp longer. Five or six teeth on inner row, gradually decreasing in length from first to fourth teeth and with last two teeth distinctive smaller. Teeth with five to seven cusps with central cusp twice as long and broad as other cusps. Maxilla with one to four (usually two) teeth with five to seven cusps and central cusp longer. Four or five anterior-most dentary teeth larger than other teeth, with seven cusps and followed by one or two medium sized teeth with five cusps, and six teeth with one to three cusps. Central cusp in all teeth two to three times as long and broad as other cusps. All cusp tips slightly curved posteriorly towards inside of mouth ( Fig. 5 View Fig ).

Etymology. The species name is from the Greek pelekus, meaning axe, in allusion to the form of the dark pigmentation resulting from the junction of the humeral spot with the black midlateral stripe. 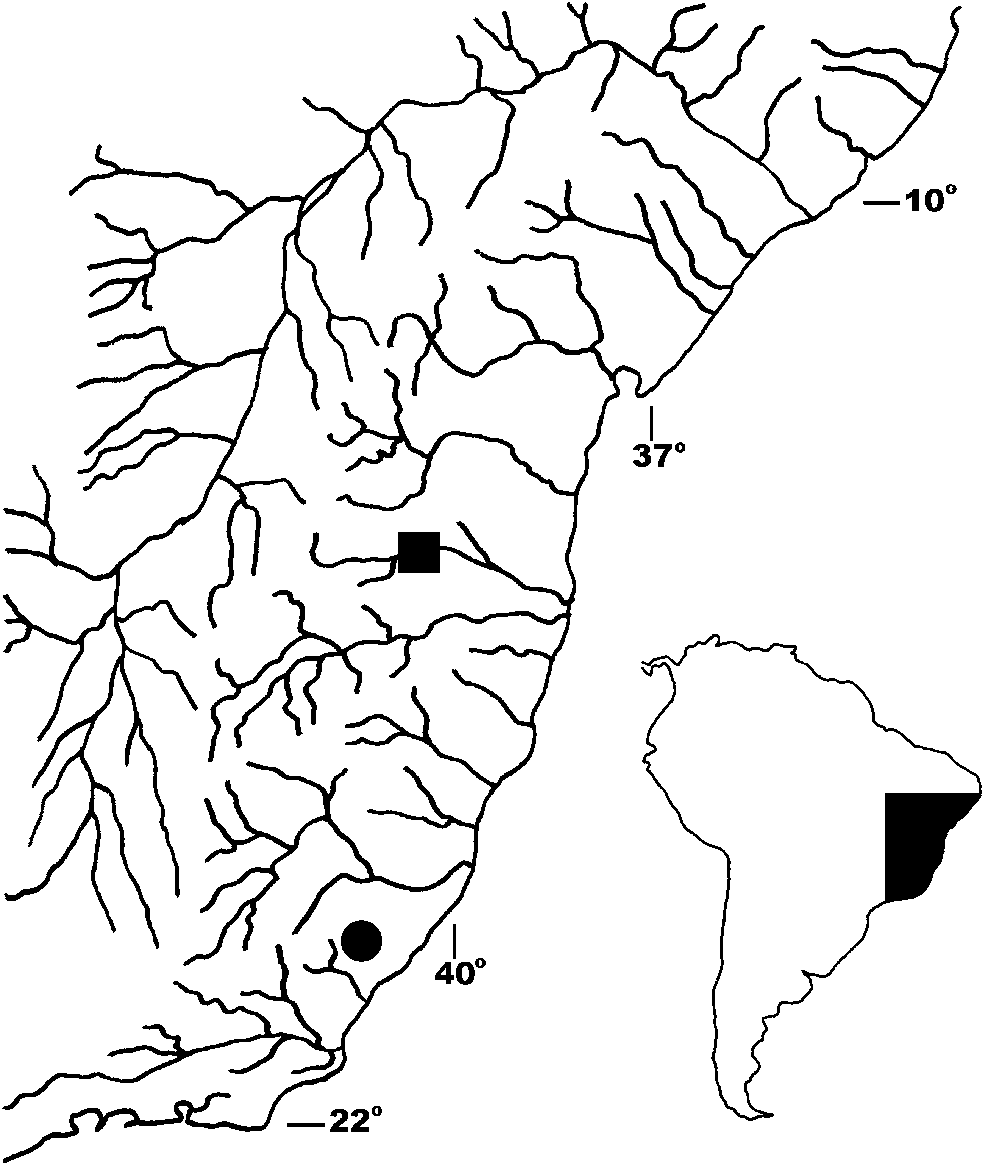 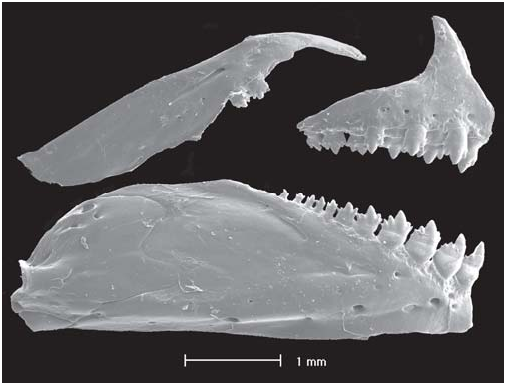