Diagnosis. The male of the new species is characterized by a prominent dorsal process on the first flagellomere and belongs to the punctata   cohort (sensu Evenhuis, 2016). In this cohort males of some of species are characterized by anepisternum with small tuft of silvery white or dark brown to black setulae near katepisternum. Males of the known species that have these setulae are clearly distinguishable. At first, we did not find them in the new species. Re-examination revealed that, from some angles of view, structures similar to the silvery setulae are visible.

Since this tuft of setulae near the katepisternum is hardly visible, below we provide two revised fragments of Evenhuis’s key that will make it possible to identify our new species among species of the punctata   group. In one case (version I), the male of the new species is regarded as having the anepisternal tuft of setulae; in the other case (version II), it is regarded as not having these setulae. Evenhuis (2016, p. 238) mentioned that the holotype of S. spinosa Frey   has the dorsal antennal processes of both antennal flagellomeres broken off and missing. Based on other characters, Evenhuis (2016) suggested that the male of S. spinosa   is characterized by S-shaped dorsal antennal process. In the first revised fragment (version I) we moved S. spinosa   in the key, so as not to use the character of dorsal antennal process. 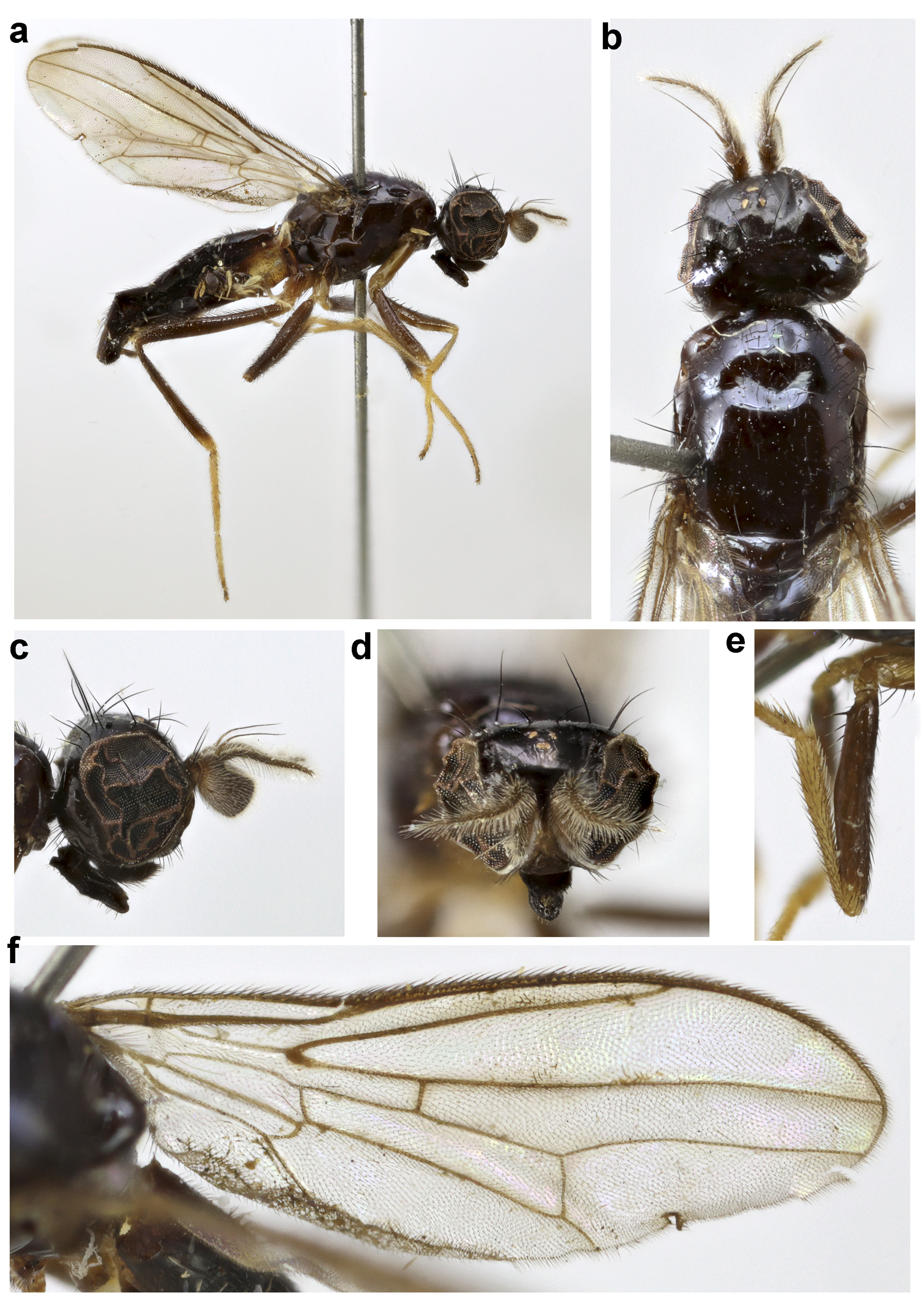 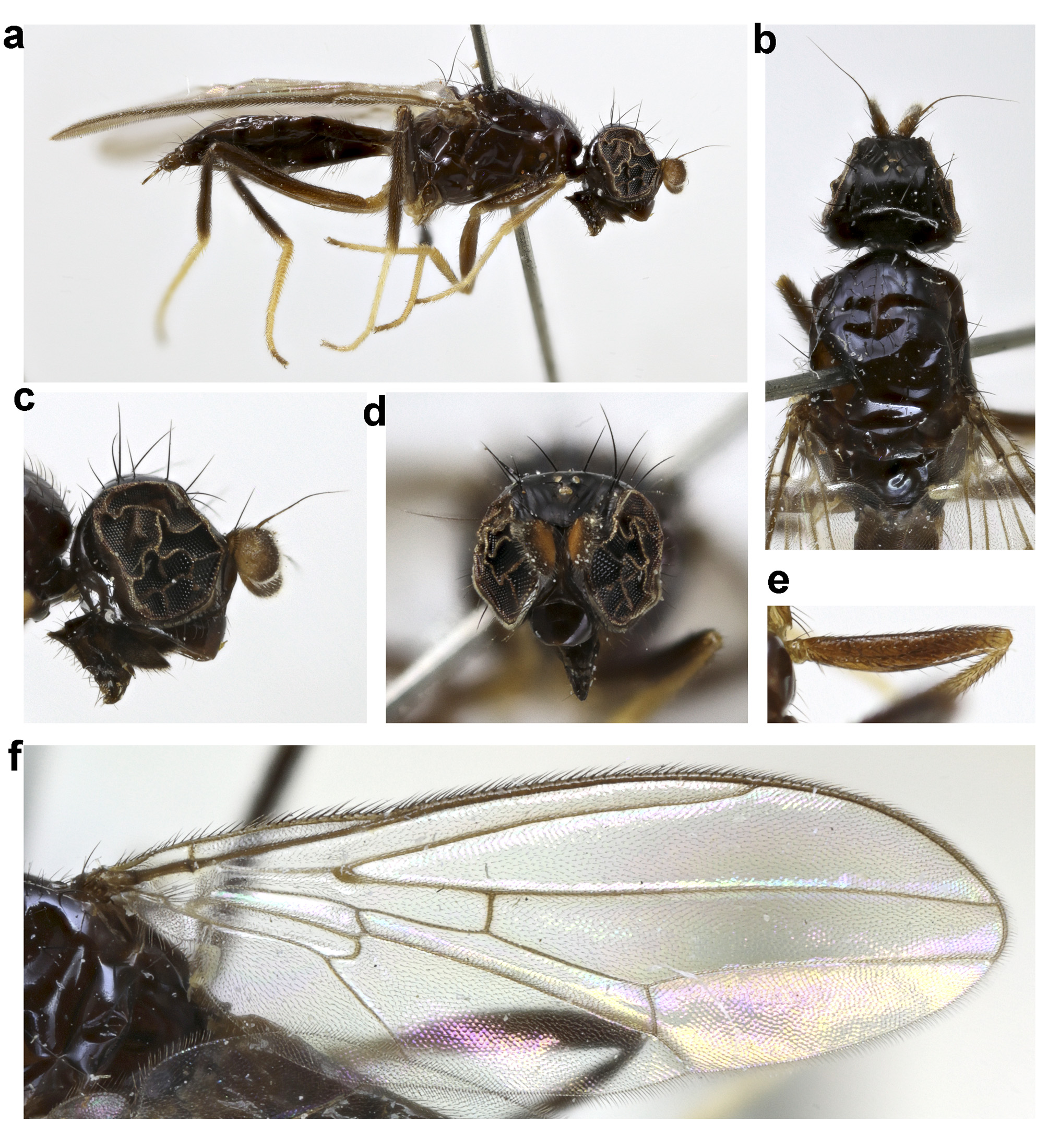