HOLOTYPE: The holotype ( UFPA 1583) is an adult female (age class 2) collected on 2 April 2013, by Ana Cristina Mendes Oliveira   (original field number JB 031). The specimen consists of a stuffed skin, skull, and skeleton, all in good condition; additionally, a tissue sample is preserved in ethanol, and a partial cytochrome b sequence that we obtained from it has been deposited in Genbank with accession number MT 462028 View Materials .

Skull small and delicate in dorsal view (fig. 9); with expanded anterior nasal margins; notably broad rostrum and shallow zygomatic notches; posterior nasal terminus usually flat, extending beyond the maxillary-frontal suture; premaxillaries terminating slightly anterior to nasals; lacrimal bone small and visible in dorsal view, equally contacting maxillary and frontal bones; supraorbital margins convergent anteriorly; interorbital region narrow; supraorbital beads developed as projecting shelves; lateral expansion of the parietal restricted to the dorsal surface (except in UFPA 1227 and UFPA 1577, in which the parietal is slightly expanded ventrally near the squamosal root of the zygomatic arch). Incisive foramina small with subparallel lateral margins, not extending posteriorly to the level of M1s; maxillary portion of incisive septum (dividing the left and right foramina) usually wide. Zygomatic plate narrow. Palate with two posterolateral pits on each side of the palate. Auditory bullae small and globular, with short and narrow eustachian tubes; periotic bone extending anteriorly to internal carotid canal, but usually not entering into it (except in UFPA 1227, 1417, 1530, 1654, 1417, and 1736, in which the periotic does enter the internal carotid canal). Subsquamosal fenestra usually small (about ¼ the size of the postglenoid foramen); hamular process of the squamosal long. Paraoccipital process narrow, small, and close to the auditory bullae ( Sánchez-Vendizú et al., 2018: fig. 3C). Sphenopalatine foramen large; alisphenoid strut absent; carotid circulation primitive (pattern 1, as identified by retaining a well-developed squamosal-alisphenoid groove and sphenofrontal foramen, both indicative of the presence of the supraorbital branch of the stapedial artery; Voss et al., 1988).

Karyotypically, Neacomys vossi   differs from other species in the Dubosti Group by having a diploid chromosome complement of 58 (versus 2 n = 64 in N. dubosti   and 2 n = 64 in “species 2”), an FN of 68 autosomal arms (versus FN = 70 in N. marajoara, FN   = 64 in N. xingu   , and FN = 66 in “species 2”), and submetacentric sex chromosomes (at least one of the sex chromosomes is acrocentric in N. dubosti   and “species 2”) DISTRIBUTION: Neacomys vossi   has been collected on the right bank of the upper and middle Tapajós River and on the left bank of lower Xingu (fig. 5). According to our records, the species appears to be endemic to the Tapajós center of endemism ( Silva et al., 2005). ETYMOLOGY: Named in honor of Robert S. Voss ( fig. 10 View FIG ), curator of mammals at the American Museum of Natural History , New York, for   his extensive contributions to our knowledge of Neotropical mammals, especially the taxonomy of Neacomys   in northeastern Amazonia.

FIELD NOTES: Among the specimens we examined for which trapping information is available, all 17 were captured in pitfall traps, two (UFPA 1277 and 1284) in upland (terra firme) forests and three (UFPA 1444, 1487, and 1583) in primary forest of unknown character. 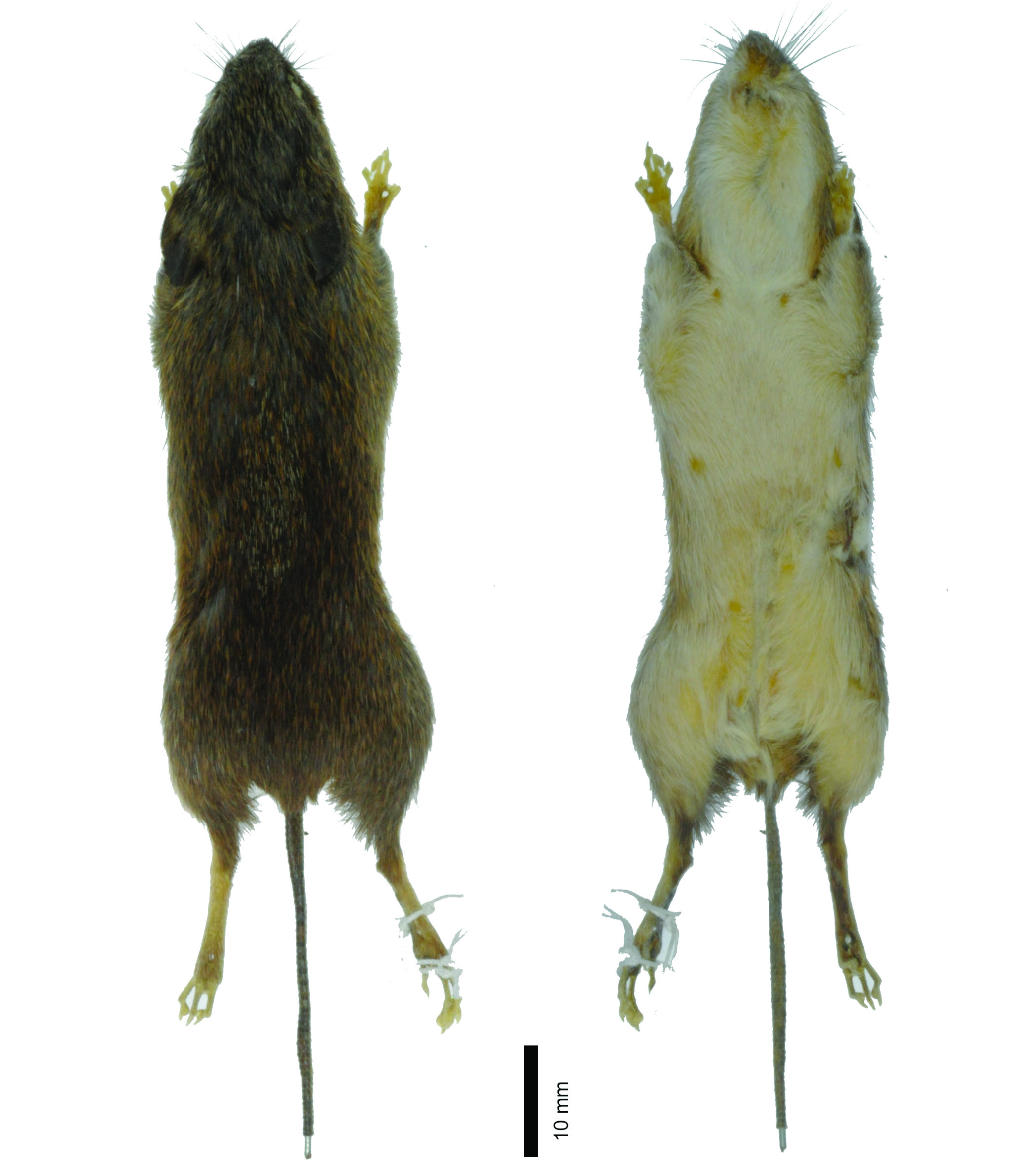 FIG. 8. Dorsal and ventral views of the skin of Neacomys vossi (UFPA 1583, holotype). 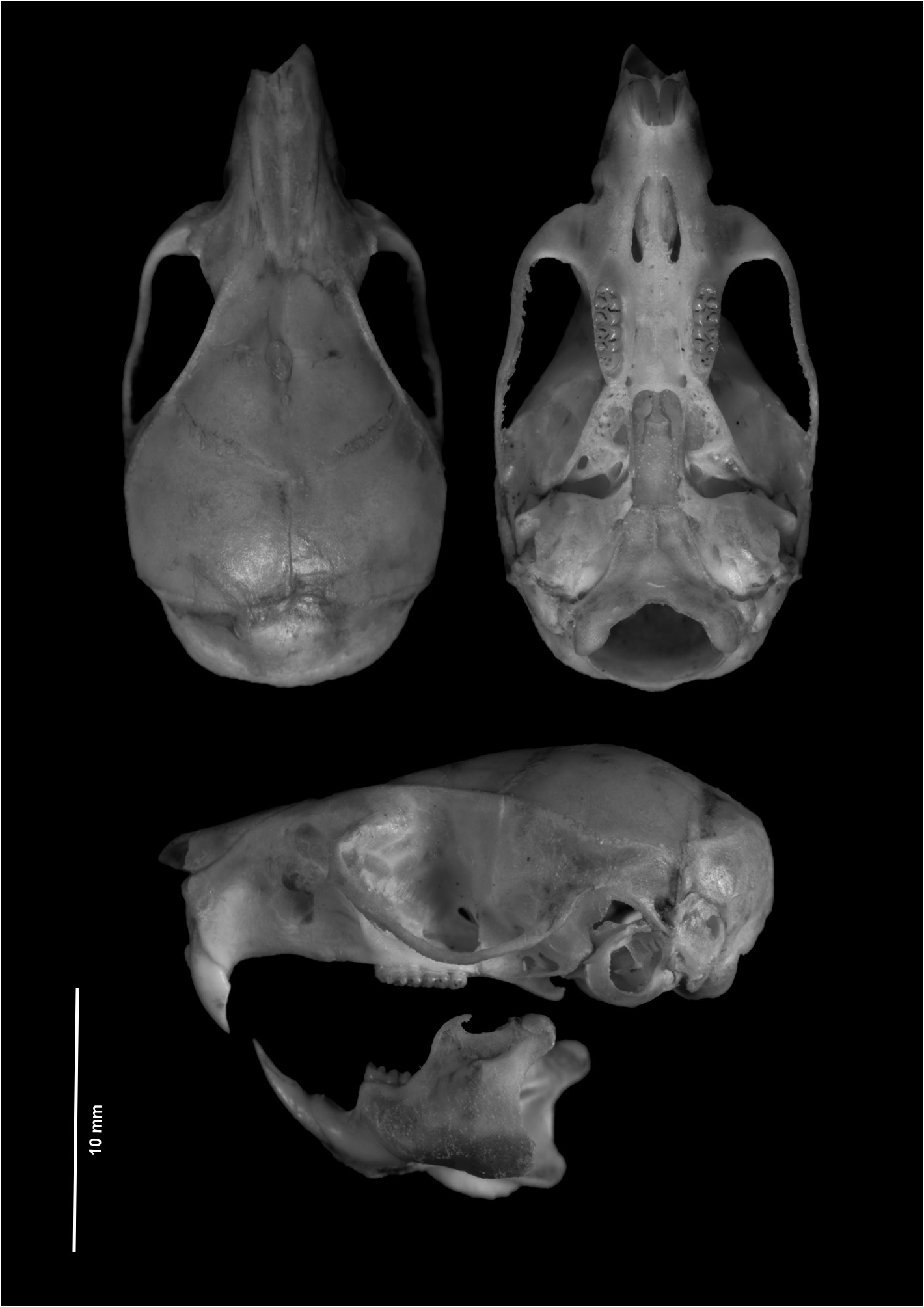 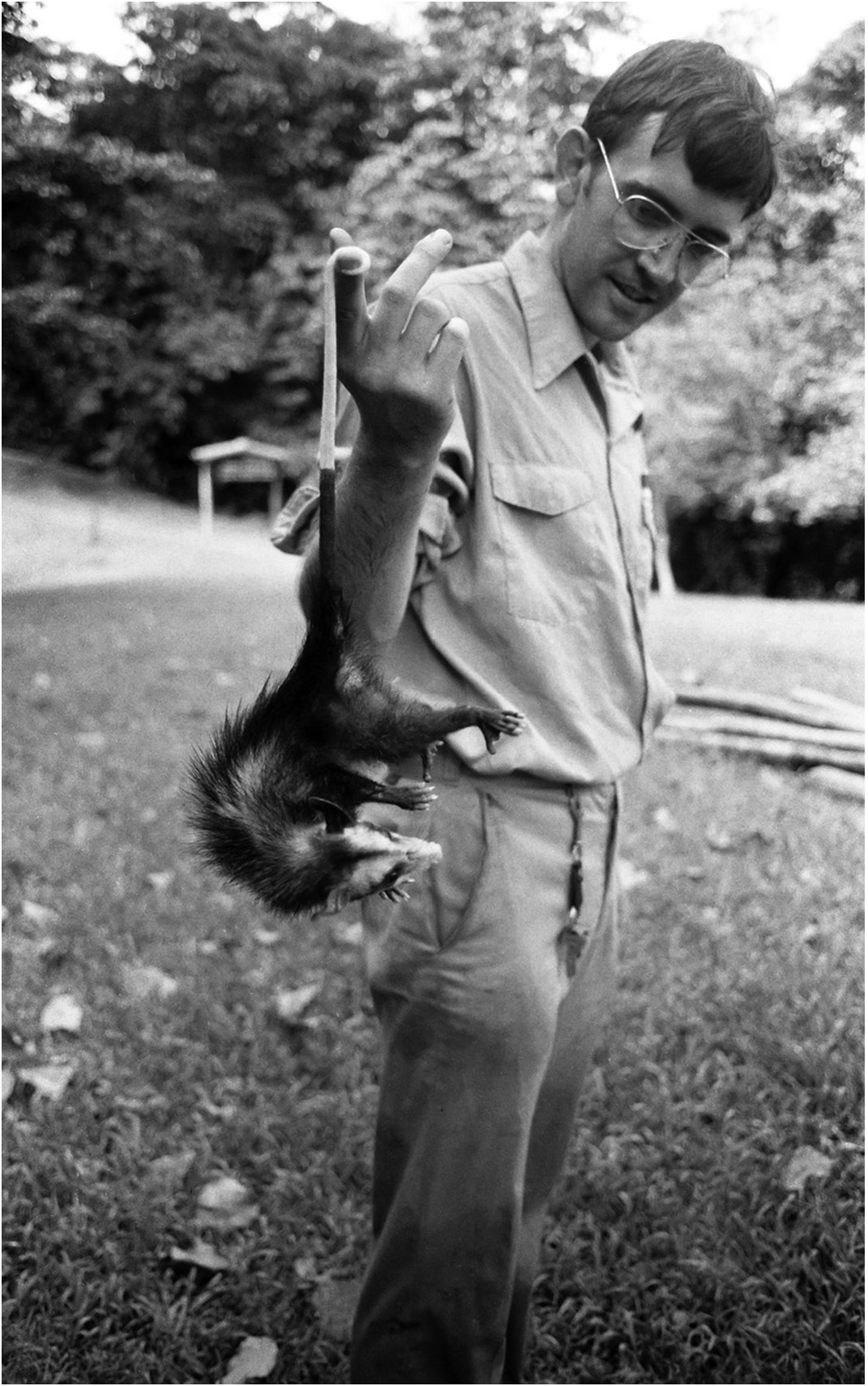