Fenchel (1965) described new ciliate genus Askoella Fenchel, 1965   with the type species A. janssonі Fenchel, 1965   ( Fig. 2 View FIGURE 2 A –C) from the amphipod crustacean Gammarus oceanicus Segerstråle, 1947   (type host). This ciliate was found on 50 % of Gammarus   individuals collected near Asko ( Denmark, type locality). In addition A. janssonі   has been observed on a specimen of G. locusta (Linnaeus, 1758)   from the Oresund strait.

The cell body of A. janssoni   is ovoid and flattened. The left rim is more convex than the right one. The ventral side is slightly concave while the dorsal side is convex. There are two kineties on the dorsal side of the body and three kineties on the ventral side. The cytostome is provided by a vestibulum and situated on the anterior third of the ventral body side, to the right of the middle. The macronucleus is large and U-shaped. There is a contractile vacuole situated in the posterior end of body.

Askoella heliostoma   has an oval, small, light coloured body filled with food vacuoles. The apical region of the cell body is tapered, whereas the antapical is provided by a characteristic groove which leads to a long convoluted canal terminating near rosette. The rosette septa are not arranged parallely one to another like in A. janssoni   , but there are radially arranged as in the rosette trophonts of Gymnodinioides   . Jankowski (1967 b) considered this distinctive character to distinguish A. heliostoma   from A. janssoni   , and Jankowski (1967 b, 1972) included some observations of A. helіostoma   nutritions and reproductions. 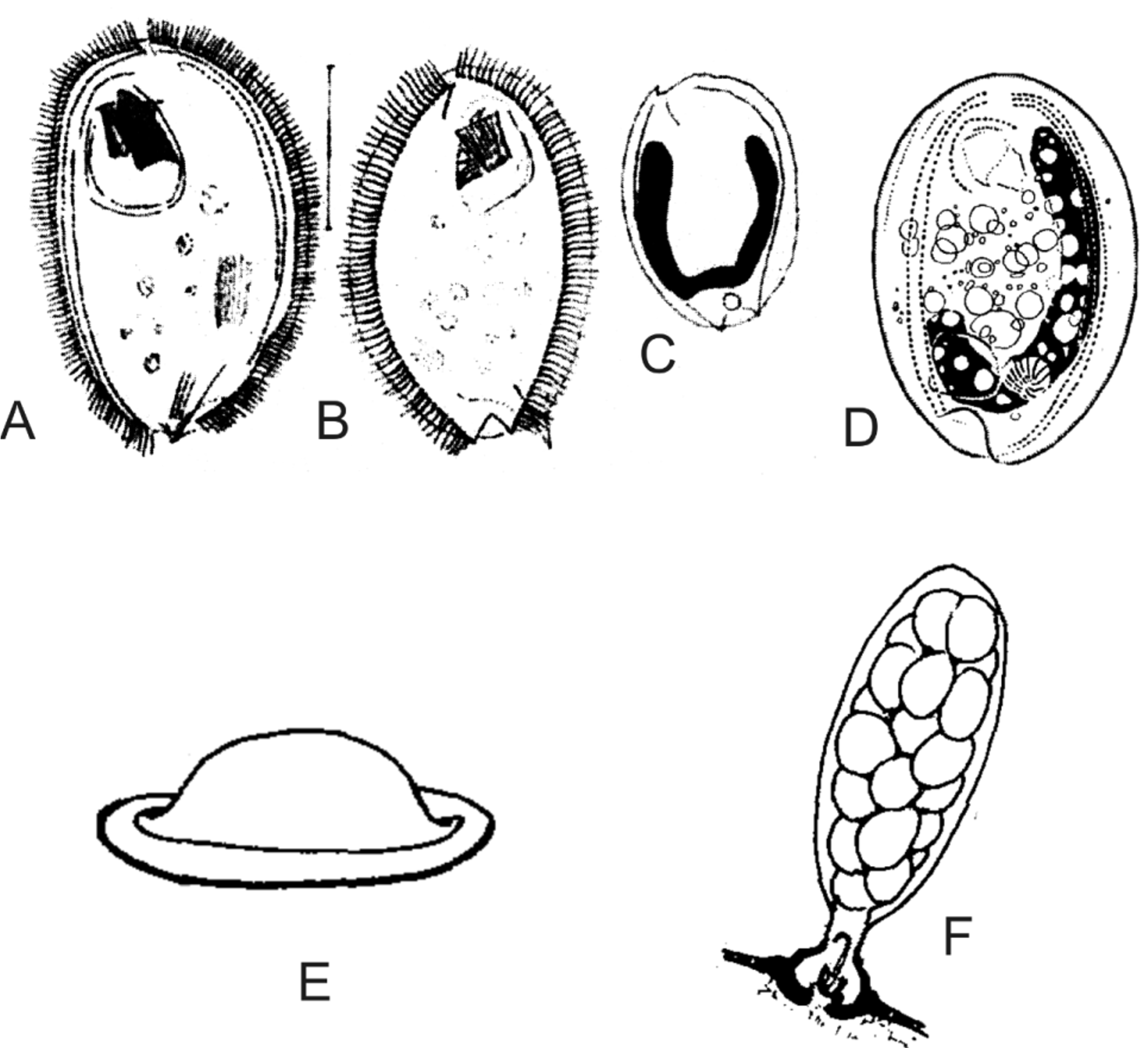