Head short and wide. Antenna covered by thin brown setae; antennomere I with five or six robust longer black setae on dorsum; II with one or two. Antennomeres I– III cylindrical; IV fusiform; I slightly broader than II, II broader than III, III as broad as IV in middle. Eyes large. Jugum and adjacent portion of proepisternum with few black denticles. Rostrum reaching middle of mesosternum.

Legs covered by short brown setae and rows of thicker longer black setae. Fore trochanter without spines; fore tibia with a weak preapical concavity on inner surface. Middle leg unmodified. Hind trochanter without spines, or with one spine longer than that of hind tibia (the holotype bears no spines on trochanters, and the male paratype has one long spine in one trochanter and the other trochanter unarmed); hind femur moderately incrassated, with a row of eight to twelve acute spinules on proximal third, followed on distal two-thirds by a row of one small to medium spine, one much longer spine, and five to seven decreasing spines towards apex; distal third also with a parallel decreasing row of three to four short spines ( Figure 8A View Figure 8 ). Hind tibia slightly curved, with subequal spines towards length plus apical spur, without preapical long spine ( Figure 8A View Figure 8 ).

The species is named after the locality where the type series was collected. 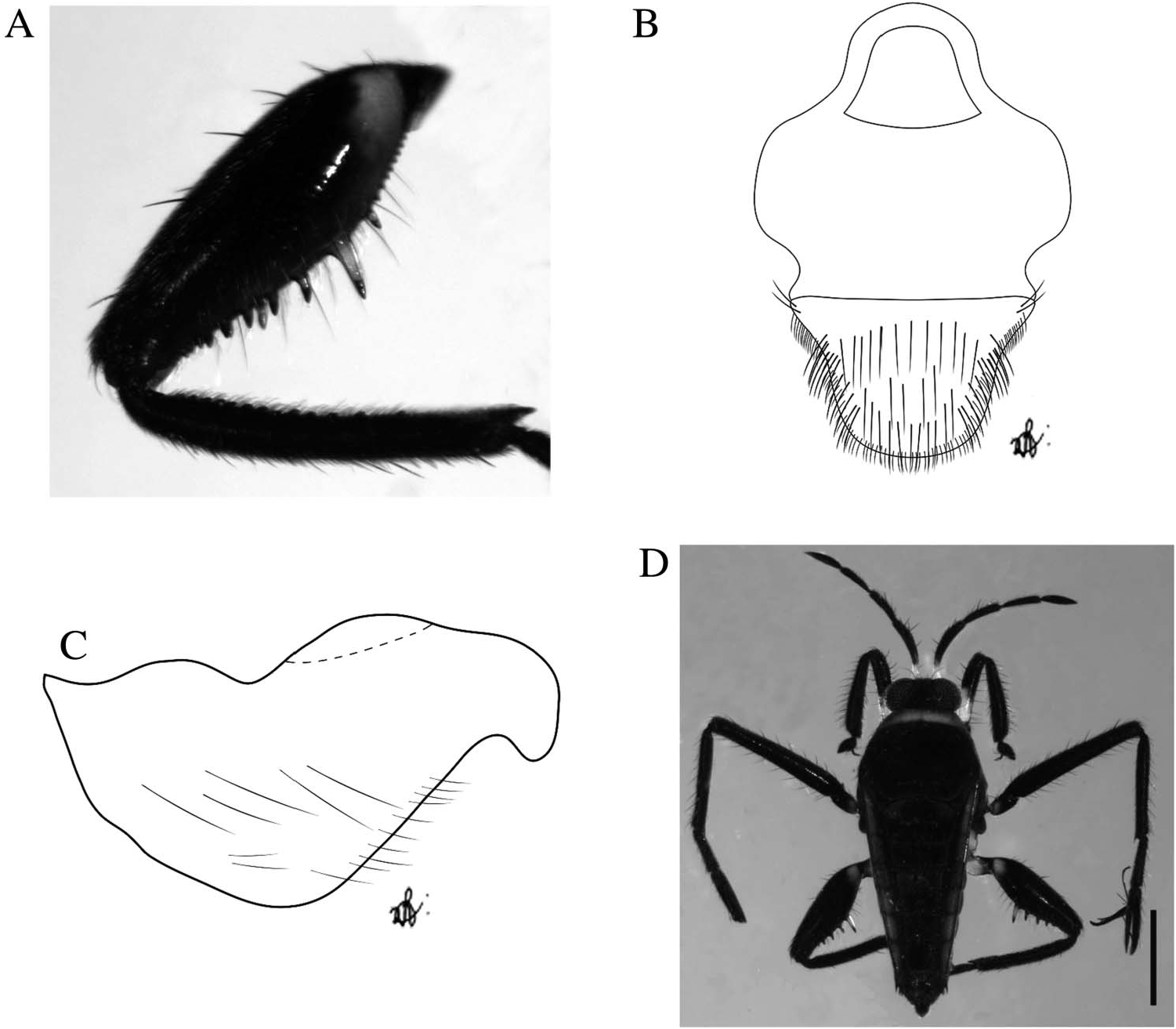