Firm, cartilaginous, translucent irregularly branching stalks. Rounded heads on the terminal branches have thoraces of the semi-embedded zooids with their separately opening lobed apertures (surrounded by the characteristic dentate lobes) covered by transparent flexible test and projecting free like bubbles from the firmer test of the stalks. Zooids have a red thoracic wall when first preserved but subsequently are brownish yellow in preservative. The long oesophageal neck is very contracted in these specimens. A single large spherical larva is being incubated in the atrial cavity of specimens collected in March (SAM E3228).

Specimens are as previously described. 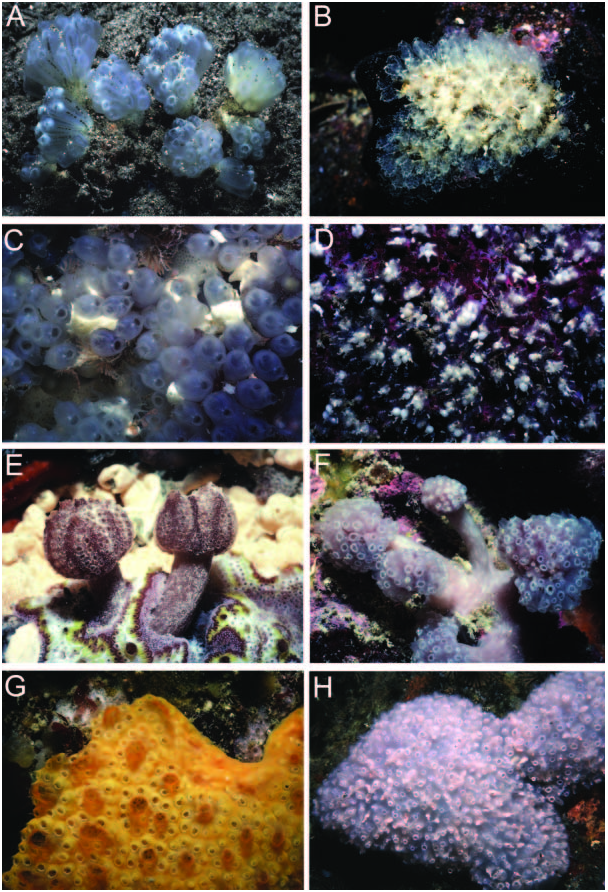