In life, the specimens are more or less ovoid, to about 4 cm long, with a terminal branchial aperture and sessile atrial aperture one-third to half of the body length along the dorsum. In preservative they are dorso-ventrally flattened. The test is firm and translucent with seven lobes around the branchial aperture and six around the almost sessile atrial aperture. Small, pointed papillae are on the outside of these lobes. About 20 branchial tentacles are well separated from one another in a single circle at the base of the branchial siphon. The prebranchial area is narrow and a large dorsal tubercle with a U-shaped slit fills a shallow peritubercular V at the anterior end of the ribbed dorsal lamina, which is a double membrane in its anterior half. The horns of the slit on the dorsal tubercle are both rolled inwards. The dorsal ganglion is beneath and slightly behind the dorsal tubercle. About four stigmata are in each mesh and papillae are at the junctions of the internal longitudinal branchial vessels and the transverse vessels. The gut forms a double loop. The descending limb forming the inner curve of the secondary loop is filled with an accumulation of mud. Gonads are obscured by the mud-filled gut.

The species has much in common with others that accumulate mud in the gut, namely A. challengeri   , A. sydneyensis   , and A. thompsoni   (Table IV). These species all have a translucent test, and all except A. sydneyensis   have a mesh of muscles on the right side of the body and a relatively simple U-shaped slit on the dorsal tubercle. All except A. thompsoni   have the dorsal ganglion close to the dorsal tubercle and lack a postero-dorsal bend of the distal part of the rectum. Ascidia thompsoni   also has more branchial tentacles (about 100) than the present species. The species most closely related to the present one is the Antarctic A. challengeri   which is distinguished only by its more numerous stigmata in each mesh and the arrangement of the branchial tentacles, which are in two circles in the prebranchial area and connected to an oral flange at the base of the branchial siphon by a thin vertical ridge in the pharyngeal lining.

The present specimens have small black spherical bodies in the body wall although they seem not to be related to the colour of living specimens. 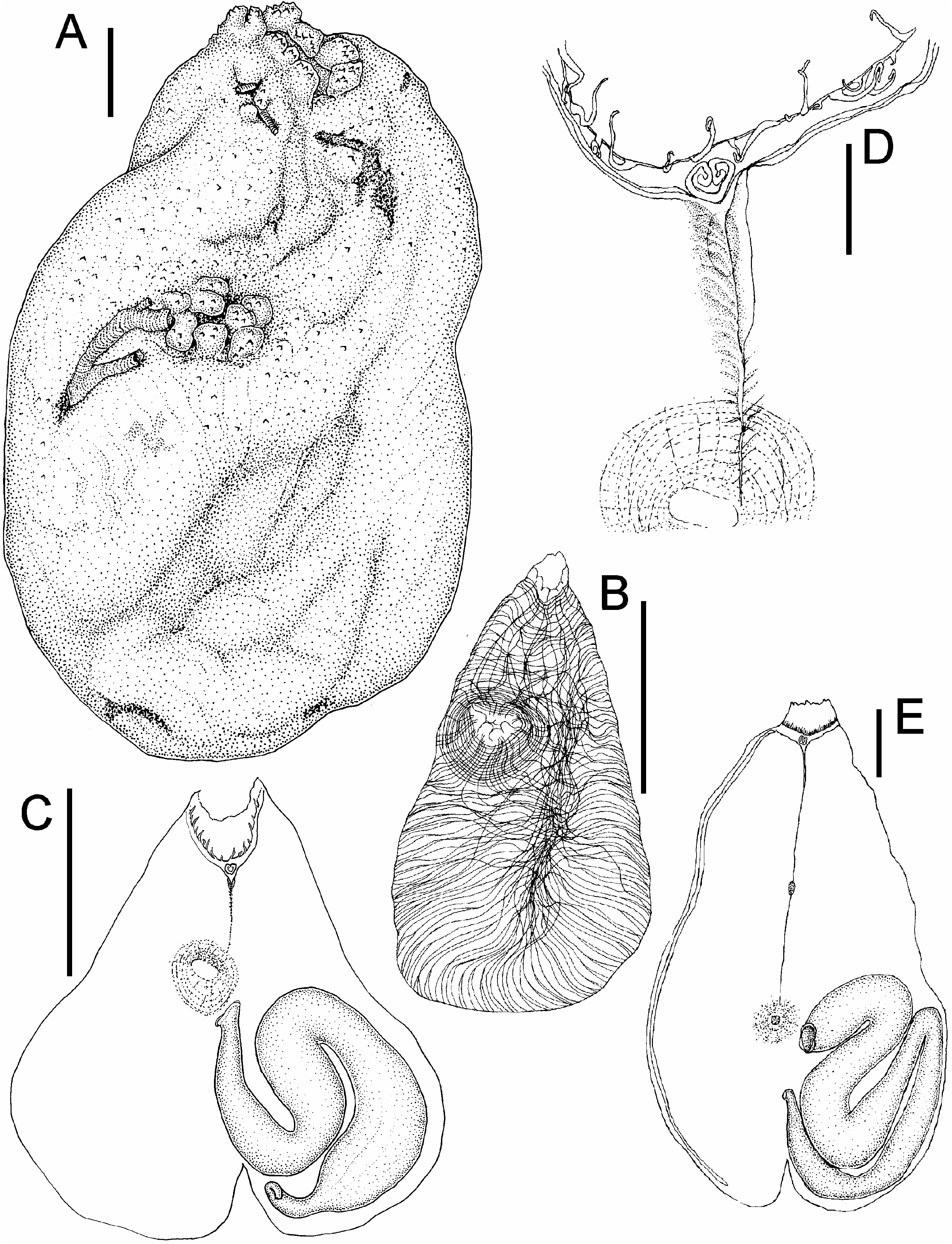