Colonies are sessile globes or cones or stumpy upright lobes, fixed to the substratum by a sandy hold-fast in the centre of the lower surface. The test in all the recorded specimens is soft and almost liquid and the arrangement of the zooids was not determined.

In most of the specimens, the zooids are in vegetative phase, with small, juvenile regenerating thorax and abdomen on a long posterior abdomina. Details of the zooid structure could be determined in only a few zooids in the syntype colonies. The zooids are long and thin as in many species in this genus. The atrial tongue arises from the anterior rim of the aperture and the thorax is long and narrow with 18 rows of about 20 stigmata. The abdomen is relatively short with five gastric folds and the posterior abdomen is long and narrow.

The almost liquid test of this species is reminiscent of the test of Pseudodistoma fragilis Tokioka, 1958   (from Japan) and P. gracile Kott, 1992a   from the tropical Western Pacific (see Kott 1992a). However, the zooids in the syntype material are characteristic of the genus Aplidium   . Although known species often have zooids and even colonies that generally resemble those of the present species, an Aplidium species   with its very soft test has not been encountered and the species is not readily assigned to any known Australasian or sub- Antarctic species.

The newly recorded specimen has the characteristic zooids (with short abdomina and about 20 stomach folds) in crowded double rows along branching common cloacal canals. The species appears to be an Australian indigenous species known only from the temperate half of the continent. 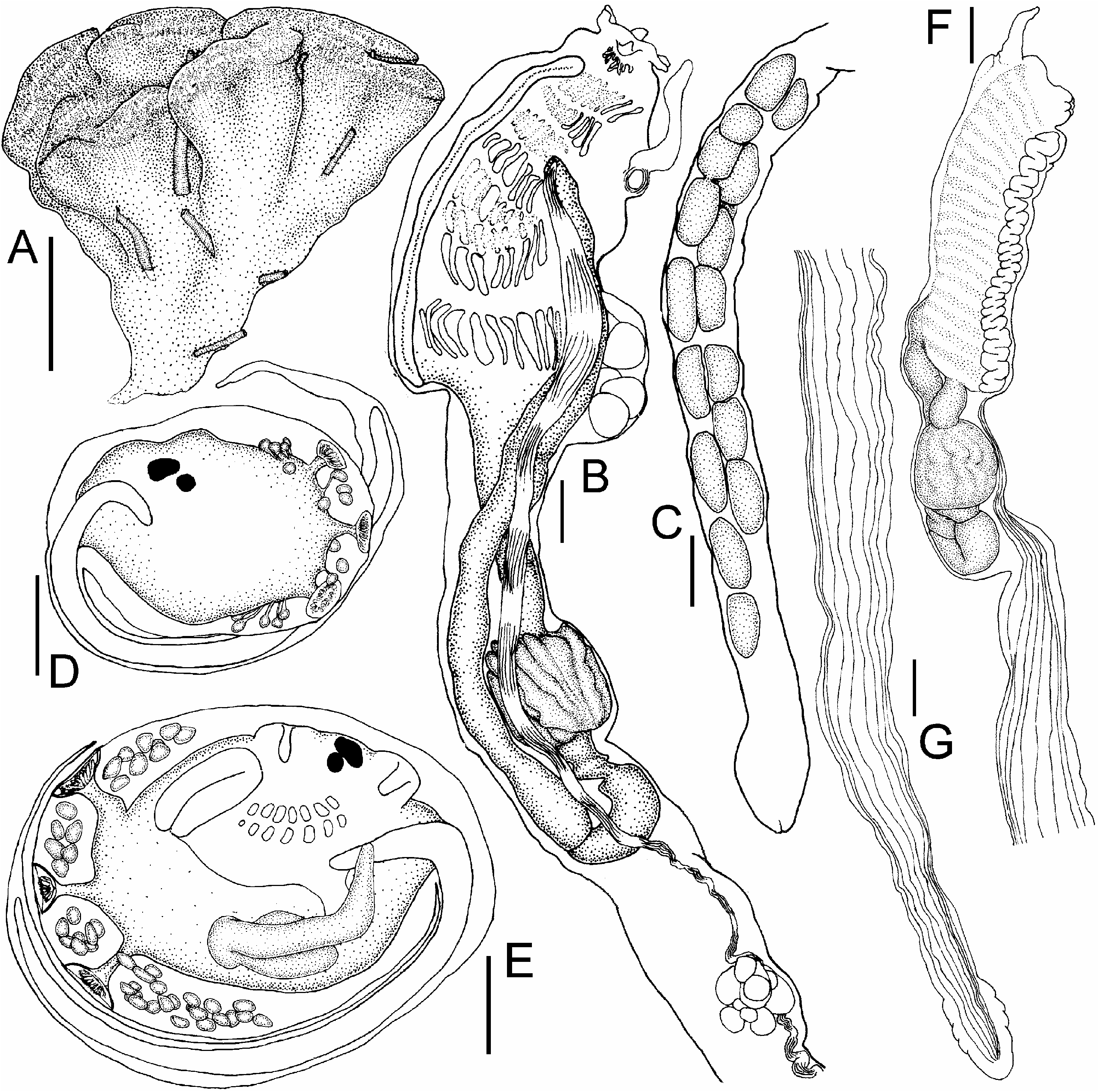