Etymology. The species was named by combining two Rapanui terms, manu and neru. Manu is Rapanui for “bug” or “insect.” Neru is the name used for Rapanui girls who, historically, were secluded in caves so they would acquire a fair complexion ( Fischer 1994), thus, “pale insect”. Because all of these Collembola are believed to be restricted to caves (i.e, isolated from surface-dwelling arthropod communities), naming one after the Rapanui youth who remained in caves to attain a fair complexion is appropriate.

Remarks. Cyphoderus manuneru n. sp. is a member of the bidenticulati -group of Cyphoderus , possessing two well-developed teeth on the mucro ( Delamare Deboutteville 1948). The problems with identification of Cyphoderus in this group were summarized succinctly by Jantarit et al. (2014), revolving partly around the contradictory redescriptions of the generotype, C. albinus Nicolet, 1842 . Szeptycki (1979) illustrated the developmental chaetotaxy of C. albinus collected from ant nests in Poland. Jantarit et al. (2014) described two new Thai species ( C. songkhlaensis , C. khaochakanus ), introduced several new morphological characters, and clearly illustrated the chaetotaxic pattern of all segments. These two species must be considered the first adequately described species in the bidenticulati -group; lack of such details for previously described species is a serious impediment to identification of members of this genus described earlier. The labral setae of C. manuneru n. sp. are smooth while those of the two Thai species are ciliate. Tenent hairs are pointed on C. manuneru n. sp., whereas those of the Thai species are spatulate. Setae A 4 and A 5 of Abd. IV on C. manuneru n. sp. are ciliate and their accessory microsetae are smooth; the Thai species have A 4 and A 5 smooth and their accessory microsetae ciliate. 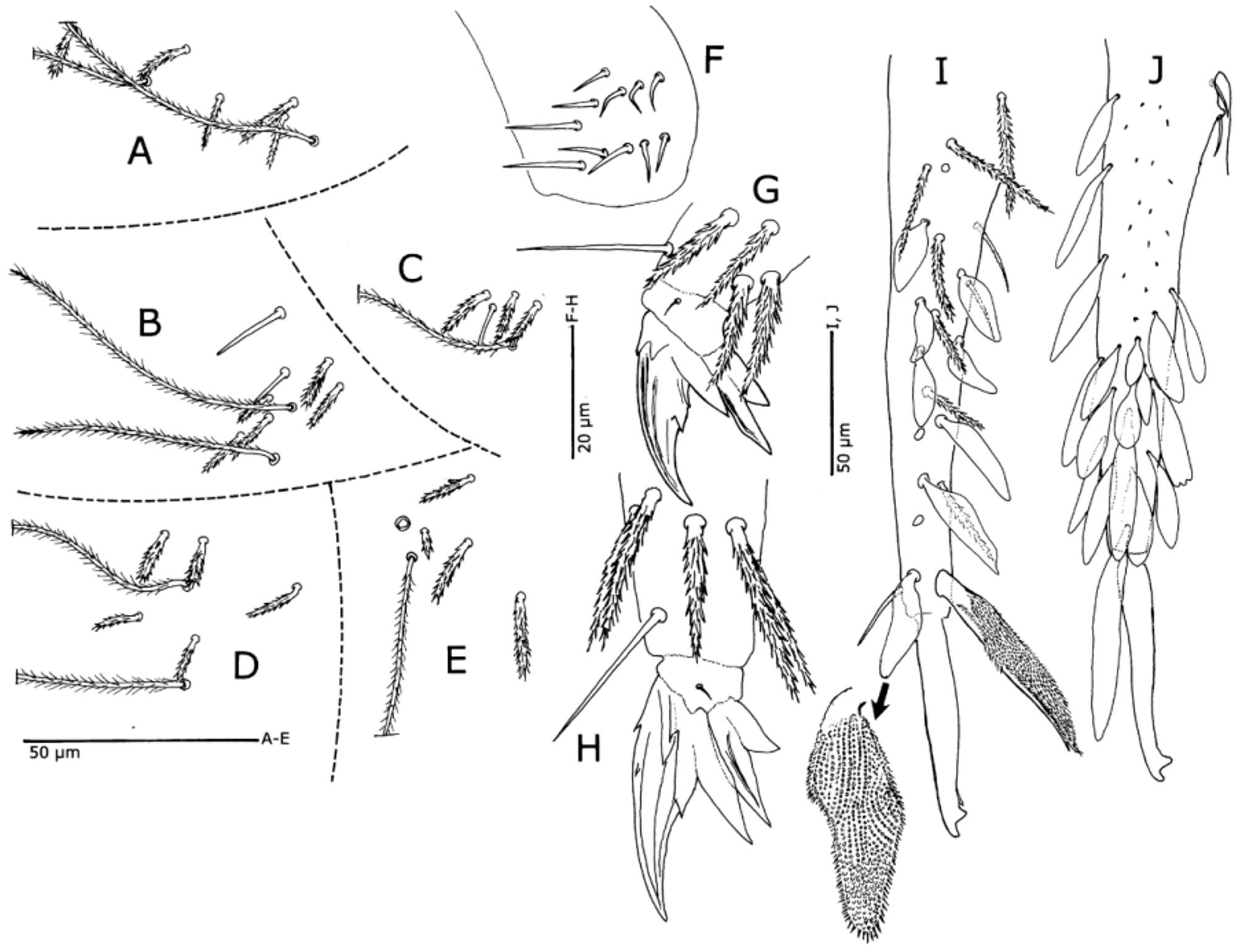