Description: See Table 1 View Table 1 for morphometric data of holotype and 5 largest paratypes. Largest known specimen 62 mm SL. Body moderately elongate, compressed. Dorsal body profile arched but made of a straight line on top of head, then an angle at nape and a straight line to dorsal-fin base, then more or less straight to caudal-fin base. Caudal peduncle 1.3-1.4 times longer than deep. Interorbital area convex. Head longer than deep, dorsal profile straight; ventral profile arched from mouth to pelvic-fin base, then straight to analfin origin; snout blunt. Mouth terminal to subterminal, anteriormost point of cleft below level of lower margin of eye, upper lip slightly projecting beyond tip of lower jaw. Lower jaw-quadrate junction about at vertical of anterior margin of eye. 10+10 (1), 10+11 (4*) or 11+10 (1) = 20-21 gill rakers on first gill arch, their length about 1-1.5 times width of arch and about 3-4 times in length of gill filaments at same position.

Coloration: After 6 weeks in formalin. Head and body yellowish brown, darker on back. Top of head dark brown. Belly yellowish white. Scales on dorsal half of flank, covered by densely set dark pigments (melanophores?); with a thin line of smaller ones along posterior edge; pigments more densely-set on scale pockets, making them appear as poorly contrasted crescentic marks. On lower half of body, scales with only a few large pigments, sparsely set, restricted to anterior half of exposed part of scale; number of pigments decreasing ventrally, no pigments on lowermost 2-4 scale rows. Peritoneum dark grey.

In life and shortly after fixation: yellowish brown.

Distribution: Carassius praecipuus has been observed only at the type locality, in the upper Nam Chat in the hills of central Laos ( Fig. 3 View Fig. 3 ). Security safeguards greatly restricted movement and access to potential additional sampling sites.

The largest available specimen (62 mm SL) is a female with mainly white oocytes and a few pale yellow eggs about 1.0 mm diameter, likely unripe. The specimens were collected at the end of February and this suggests that they would have been able to spawn a few weeks later in the comming dry season, or at the beginning of the wet season when the stream would flood the adjacent grassland.

Etymology: From the Latin adjective praecipuus , -a, -um, meaning ‘which is not common’, allusion to the unexpected presence of a Carassius in the Mekong drainage and the very low dorsal-fin ray, lateral line scale and gill-raker counts.

Habitat and notes on biology: The Nam Chat is a tributary of the Nam Ting, itself a tributary of Nam Ngum, entering it at 19°22’15”N 102°43’22”E. It lies at the northern edge of the Plain of Jars, between the Nam Ngum proper and the Nam Khan, another tributary of the Mekong. The sampling site is in the uppermost course of the Nam Chat, about 5 km from its sources, at 1142 masl. The stream was 2-4 m wide, about 30-50 cm deep, up to about 1 m deep in one of the curves ( Fig. 4 View Fig. 4 ), with moderate current. The bottom was made of gravel and pebble, with some areas covered by a thin layer of sediments, most likely washed from adjacent fields. The stream is at the bottom of a narrow valley, used for agriculture. The shores are mainly covered by bushes and occasional trees.

Carassius praecipuus was collected mainly in the deepest areas, under the roots of overhanging trees and bushes. No specimen larger than the types were observed; the sampling was done with electricity and Remarks: The genus Carassius occurs naturally from Central Europe to Japan and extends southwards in northern and central Vietnam in the rivers draining to the Gulf of Tonkin. Some species have been cultivated, and especially some of the East Asian species, which have given rise to numerous ornamental varieties, popularly known as goldfishes. Goldfishes and some other species of Carassius have been introduced, voluntarily or not, throughout the world and some have prooved very damaging pests. Carassius praecipuus is the first species of the genus discovered in the Indochinese area (in the zoogeographic meaning; see Kottelat, 1989). A number of characters distinguish C. praecipuus from all its congeners and allow to exclude the possibility that it could be a feral population of some cultivated variety accidentally released in the wild (which anyway at the very isolated site would be surprising, although never impossible).

Based on the literature, some of these meristic values show marginal overlap. The analysis is complicated by the fact that some species of Carassius are widely distributed and are of interest for aquaculture and geneticists; the use of contradictory and sometimes incoherent species concepts, and the non-understanding of the implications of the concepts used, has blurred the taxonomy of the group and makes it difficult to know how many species really exist and how much of the identifications under the same name in different countries are really conspecific. I will focus here only on the populations showing meristic features whose values overlap with the ranges observed in C. praecipuus .

A further recurrent problem is that it is not always clear how the different authors obtained some of the counts. Differences exist in the way of counting the last two dorsal-fin rays that articulate on the same pterygiophore. Some authors count them as a single ray, others as two rays; I note them as ‘1½’, a notation that removes ambiguity and also indicates that the author is aware of this issue. Similarly, different authors have reported lateral line scale counts in different ways, including or not the scales on the base of the caudal fin. They are here given separately (e.g. 26+1); again, this notation removes the ambiguity in showing that the author is aware of the issue. In the literature, in many instances, it is not clear if a count indicated as 26 means 24+2, 25+1 or 26+x. There are also instances of authors refering to a method but in fact using another one.

Whichever way they are counted, there are only few literature records of branched dorsal-fin ray counts of 11 or 12. A single species shows overlap with C. praecipuus . Hosoya (2002: 254) reports from a small area of Honshu island ( Japan) an unnamed “ C. auratus subsp. 2”, which has 11-14 (= 11-14½ in my notation; explained p. xxxv). This “ C. auratus subsp. 2” also has some overlap with C. praecipuus in lateral line scale count, with 26-30 scales on the body (method explained p. xxxi). However, C. praecipuus is distinguished in having 20-21 gill rakers on the first gill arch (vs. 30-38) and the origin of the anal fin is behind a vertical through the base of the last dorsalfin ray (vs. under dorsal-fin base). It is noteworthy that “ C. auratus subsp. 2” also has a small size (up to 150 mm SL).

Szczerbowski (2002: 7) compiled a list of counts from the literature for C. gibelio (Bloch, 1782) . The cumulated variation is 12-19 (apparently =12-19½ in my notation); 12 is reported only in the range 12-18 for a population from Yakutia. Noteworthy is that this Yakutia sample also has the lowest reported lateral line scale count, with 27- 35 scales, while others have 28-33. The count supposedly includes the scales on the caudal-fin base (see below) but one cannot be certain since this is a compilation from disparate sources. The reported range of variability of the counts in this Yakutia population is very wide and makes the data suspicious. A variability range of 7 rays for a population with an average 15 rays is something otherwise unknown in cyprinid fishes in which the usual range in species with short dorsal fin would be 2-3 rays (and often no variability); this suggests a serious problem and poor reliability. In any case, C. praecipuus is distinguished from C. gibelio in having 20-21 gill rakers on the first gill arch (vs. 35-54) and a much smaller size (largest known specimen 62 mm SL, vs. 350 mm SL). Carassius gibelio is a species present from eastern Europe to northeastern China, which possibly includes several species and hybrids and presents a number of taxonomic problems ( Kottelat & Freyhof, 2007: 145; Kalous et al., 2012).

Lateral line scale counts of 26 and 27 have been reported for C auratus in the literature as the extreme of a range of 26-31. This is again in a table compiled in Szczerbowski (2002: 7), who supposedly included the pored scales on the caudal-fin base (as most eastern European authors). For the same species, 27-30 scales are reported by Luo & Chen (2000: 430), who supposedly included only the scales on the body (as most Chinese authors). C. praecipuus is distinguished in having 9-11½ branched dorsal-fin rays (vs. 13-19½ in C. auratus ), 20-21 gill rakers on the first gill arch (vs. 37-47), and the origin of the anal fin is behind a vertical through the base of the last dorsal-fin ray (vs. under dorsal-fin base).

A single other species of Carassius has been reported from Laos, from the Nam Ma drainage, a river entering Laos from and returning to Vietnam and entering the Gulf of Tonkin near Thanh Hoa. The species has been identified as C. auratus ( Kottelat, 2001: 42) , which may or may not be correct, and may be native or introduced or invasive. In any case, C. praecipuus is distinguished from these specimens in having a more slender appearance (compare Figures 1 View Fig. 1 and 5 View Fig. 5 ), a yellowish brown body coloration (vs. golden in life, greyish when preserved), fewer branched dorsal-fin rays (9-11½, vs. 15-18½), the distal margin of the dorsal fin straight to convex (vs. concave to straight), fewer lateral line scales (25-27 + 1, vs. 27-28 + 2), fewer longitudinal scale rows on the caudal peduncle (½2/1/2½, vs. ½3/1/3½), the anal-fin origin behind the base of the last branched dorsal-fin ray (vs. under branched ray 13-14 [or 2-4 when counted from posterior extremity of fin]), strong and pointed serrae along the posterior edge of the last unbranched dorsal- and anal-fin rays (vs. short and blunt); fewer and shorter gill rakers on the first gill arch (20-21, length about 1-1.5 times width of arch and about 3-4 times in length of gill filaments at same position; vs. about 34 gill rakers in one dissected specimen, about 3-4 times wider than arch and about 2 times in length of gill filaments).

Carassius is a genus typical of the East Asian Subregion of the Oriental Region (sensu Kottelat, 1989: 34; of Sino- Indian Region sensu Bănărescu, 1992) and its presence in the Mekong drainage (Indochinese District, Southeast Asian Subregion, Oriental Region, sensu Kottelat, 1989: 34; South Asian Subregion of Banarescu, 1989) is unexpected. Nevertheless, it is not too surprising. The Nam Chat is adjacent to the Plain of Jars and to the Nam Ngum proper at the south. The Nam Ngum, Nam Ngiep and Nam Neun have headwaters on the Plain of Jars where they are separated only by very low divides. The Nam Ngum and Nam Ngiep are tributaries of the Mekong while the Nam Neun flows to the east to Vietnam and the Gulf of Tonkin, which it enters near Vinh. A few species or genera typical of the East Asian fauna are present in the Mekong tributaries on the Plain of Jars [ Opsariichthys hainanensis Nichols & Pope, 1927 , Vanmanenia sp., Rhinogobius milleri Chen & Kottelat, 2003 , Macropodus opercularis (Linnaeus, 1758) ] ( Kottelat, 2017). The species is possiby also present in head waters of the Nam Khan (the next watershed to the north) and of the Nam Neun. Fig. 3. Laos: the Plain of Jars and the Nam Ngum, Nam Ngiep and Nam Xan drainages, showing the type locality of Carassius praecipuus. Shown topography is prior to the construction of the dams. 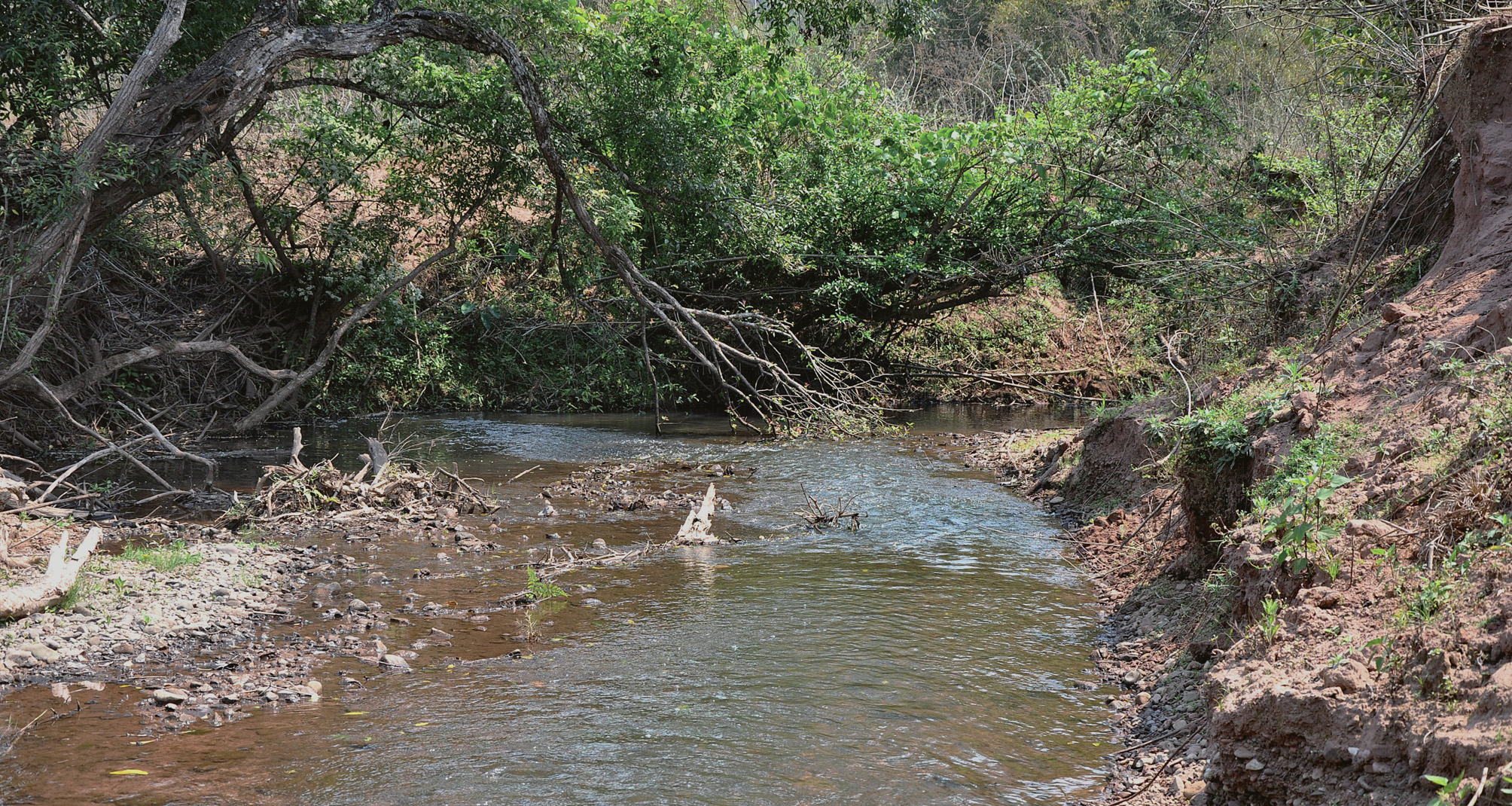 Table 1. Morphometric data of holotype and 5 paratypes of Carassius praecipuus. Range and mean include holotype data.