Etymology: The new species is named after the carina along the dorsomedian line of the carapace resembling a string of pearls (carina, Lat.: ridge; baca, Lat.: pearl).

Mouthparts not dissected in order to preserve the holotype.

Remarks. The new species is similar to the two species Cyclaspis mexicansis ( Radhadevi & Kurian, 1981)  and C. granulata ( Radhadevi & Kurian, 1981)  from the Gulf of Mexico because it has well developed ocelli; five free pedigerous segments visible from lateral, the first very short; pereiopod 2 with ischium present; uropod endopod uni-articulate. Only one character, “endopod with terminal and subterminal spines”, does not fit for the new species: the terminal spine of the uropod endopod is fused to the article in the new species.

The dorsomedian line in the new species has in the anterior part four small teeth ending in a string-ofpearls-like carina and a faint ridge runs from the dorsomedian quarter anteroventrad, a character which is not in the two known species. 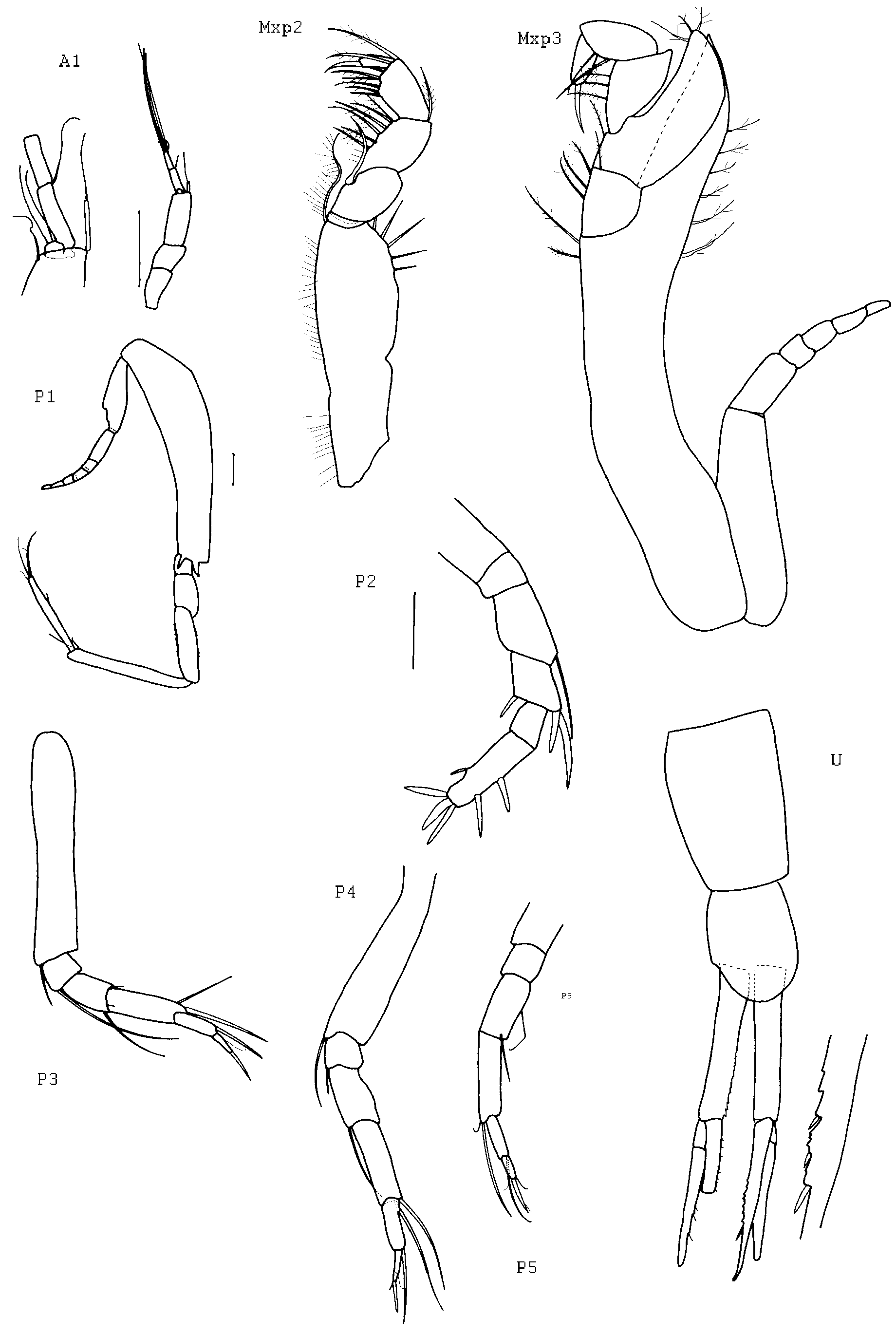