Etymology: The new species is named after the RV Meteor.

Diagnosis. See diagnosis for the genus.

Antenna 1 ( Fig. 2View FIGURE 2, A 1): relative lengths of peduncle articles 1 to 3: 34 / 29 / 37; slightly geniculate between article 1 and 2; article 1 with four teeth along outer margin. Accessory flagellum three-articulate, longer than half of basal article of main flagellum; main flagellum two-articulate. Mouthparts not dissected in order to preserve the holotype.

Maxilliped 2 ( Fig. 2View FIGURE 2, Mxp 2): basis broken during dissection but longer than rest of appendage, relative lengths of articles I to D: 6 / 29 / 31 / 23 / 11; long pappose setae on distal inner margins of basis and merus, and outer margin of carpus; propodus with four serrulate setae along inner margin.

Remarks. The new genus and species belongs to the subfamily Vaunthompsoniinae  because of the number of exopods in males being more than one, and its general habitus is similar to the genus Vaunthompsonia Bate, 1858  . The shape of pleonite 6 being well produced between the uropod peduncles, the short pseudorostrum, and the ocular lobe with eye lenses are characters which Vaunthompsonia  , Sympodomma  and Pseudosympodomma  also have. 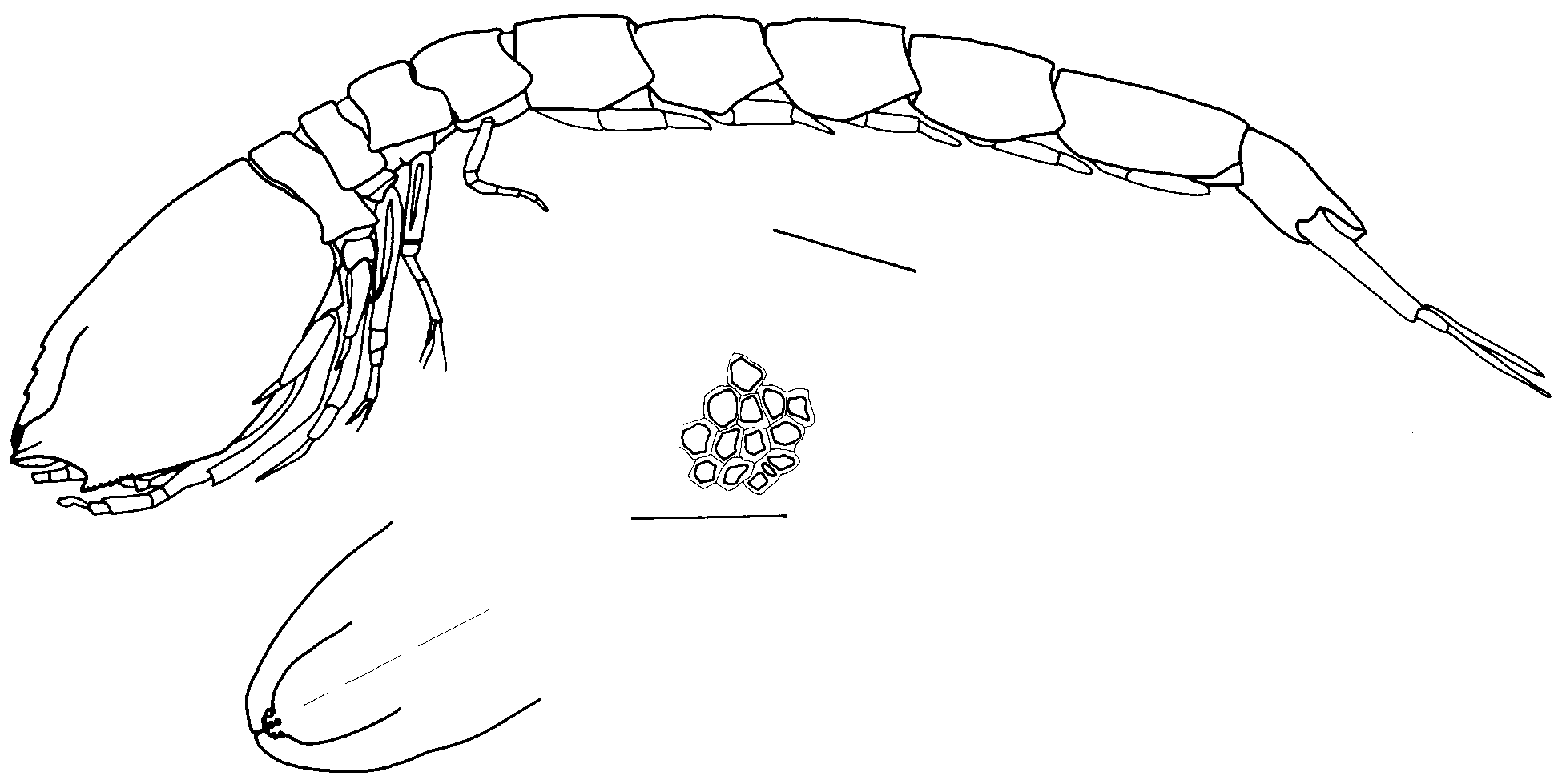 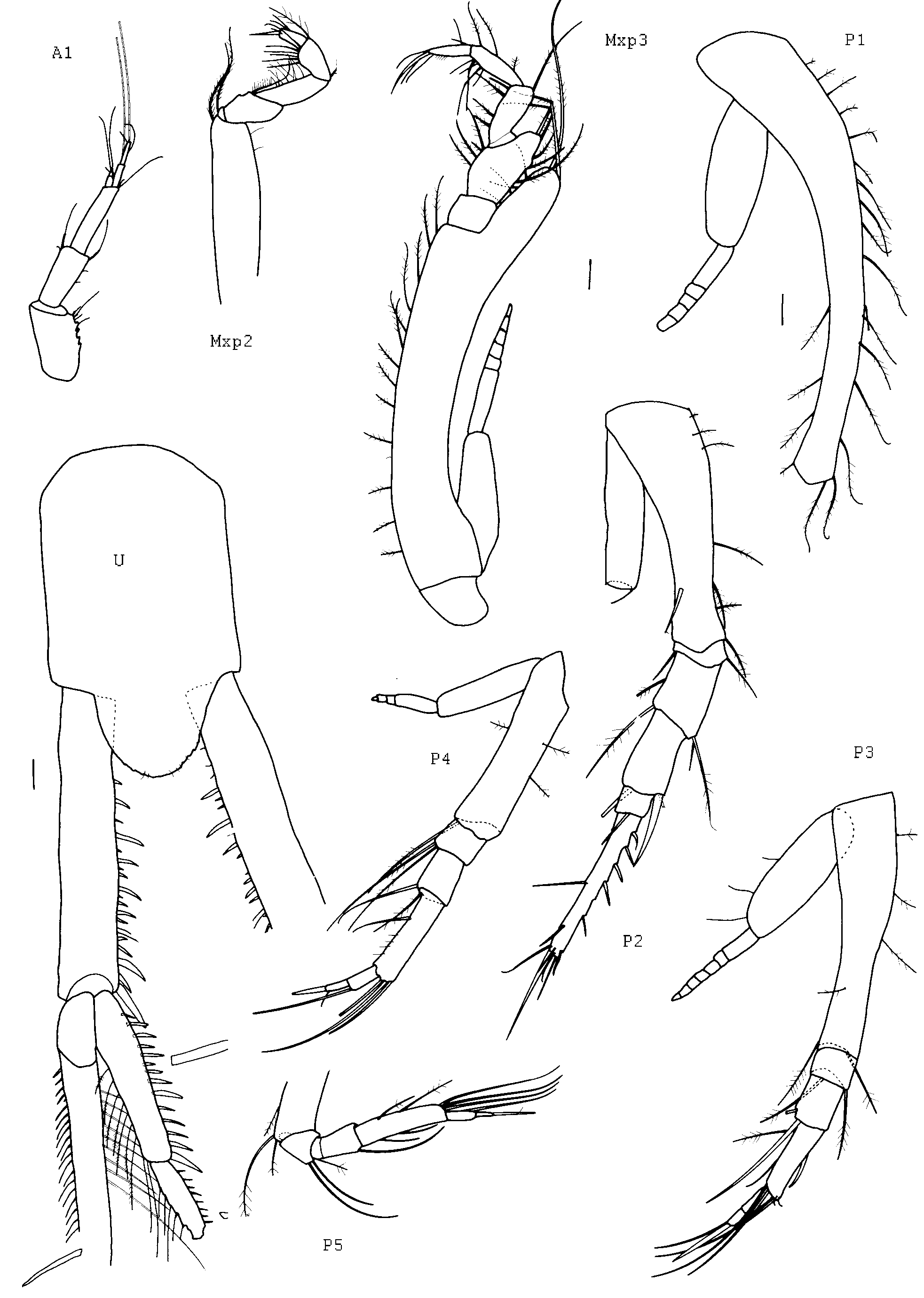