This species can be recognized by the following combination of character states: anterior inferior pronotal corner with tooth-like process ( Fig. 1D View Figure 1 ), pilosity long and flagellate with white luster, integument smooth and shiny with bluish luster ( Fig. 12A View Figure 12. ), scape length longer than head width, petiole slanting obliquely on dorsal edge ( Fig. 1H View Figure 1 ). Total body length ranges from 27-30mm which is between the lengths of Dinoponera australis   and the other larger species.

Description of the worker.

" Antennal scape distinctly longer than head width. Pubescence on front and vertex of head variable, either short and inconspicuous or longer, denser and quite visible. Gular surface of head finely striate either throughout or at least on anterior half; very seldom the striae are confined to a narrow stripe along the anterior border and obsolescent yet still discernible. Sides of head smooth, not quite glossy but with a silky sheen on account of the superficial reticulate microsculputure. Antero-inferior corner of pronotum dentate. Pronotal disc smooth and shining, lacking wrinkles and dense, fine punctulae; paired swellings quite distinct. Hind tarsus I decidedly longer than head length. Petiole … smooth and polished, its anterior face not excavate, its dorsal face slanted forward; vertical sulcus on posterior face either present or absent; width-length proportion well under 0.80; anterior face lacking dense pubescence. Terga I and II of gaster smooth, highly shining, lacking dense, fine punctulae; pubescence loosely scattered on sides, entirely absent on disc. Stridulatory file on acrotergite of tergum II well developed, nearly crossing the entire tergite."

This species inhabits fragments of Atlantic rainforest in the Brazilian state of Espirito Santo, across the border into Minas Gerais, the southern portion of Bahia and São Paulo ( Fig. 13 View Figure 13 ). It is possible that D. lucida exists in Rio de Janeiro but we are not aware of any specimens from this area. Refer to Mariano et al. (2008) for information on the biogeography of this species. With the locality data available Dinoponera lucida   is the only species with no known range overlaps with other Dinoponera   species.

Dinoponera lucida   has been classified as endangered in Brazil by the Ministério do Meio Ambiente ( Campiolo et al. 2003) due to habitat destruction in the Atlantic forest. 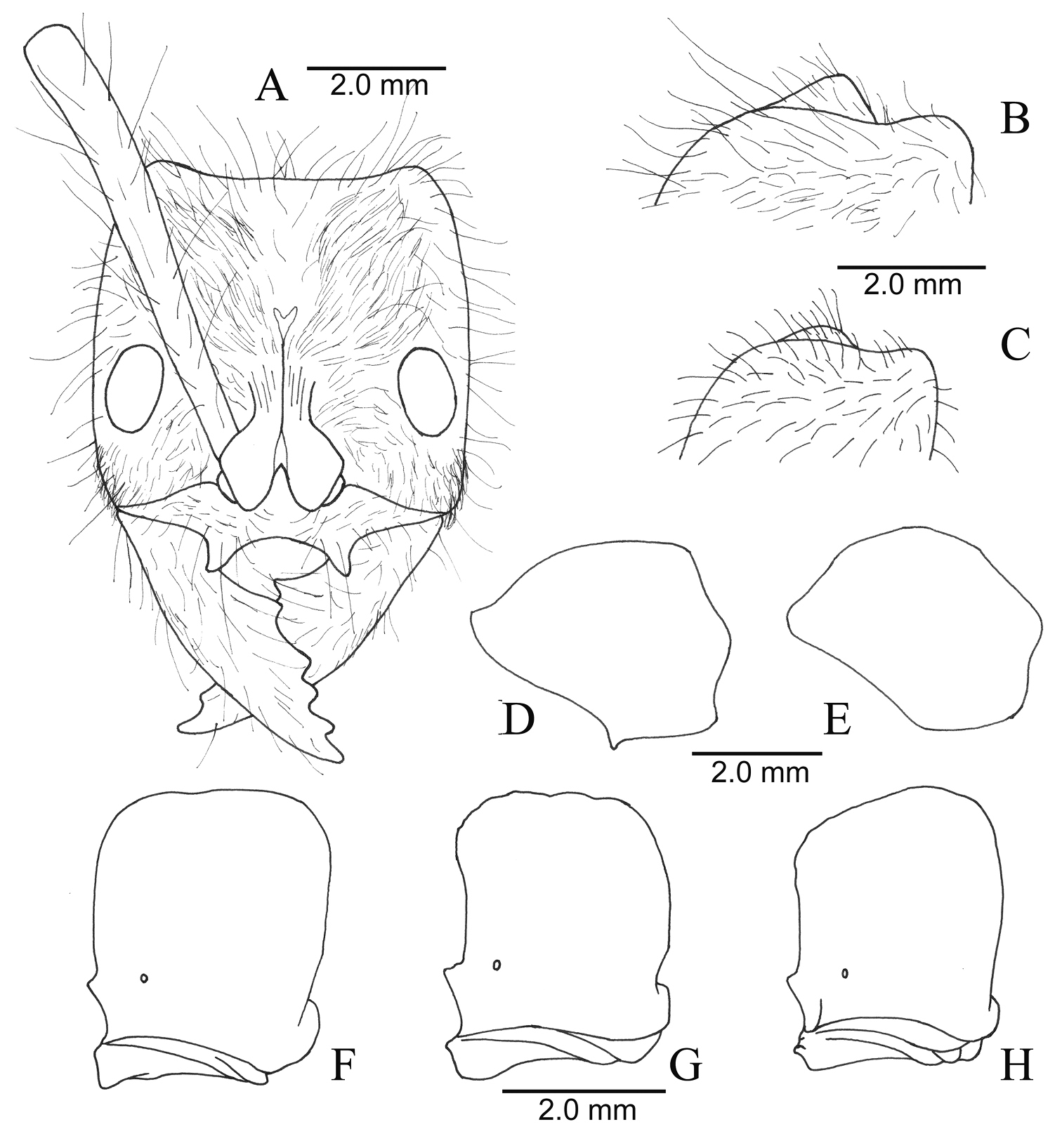 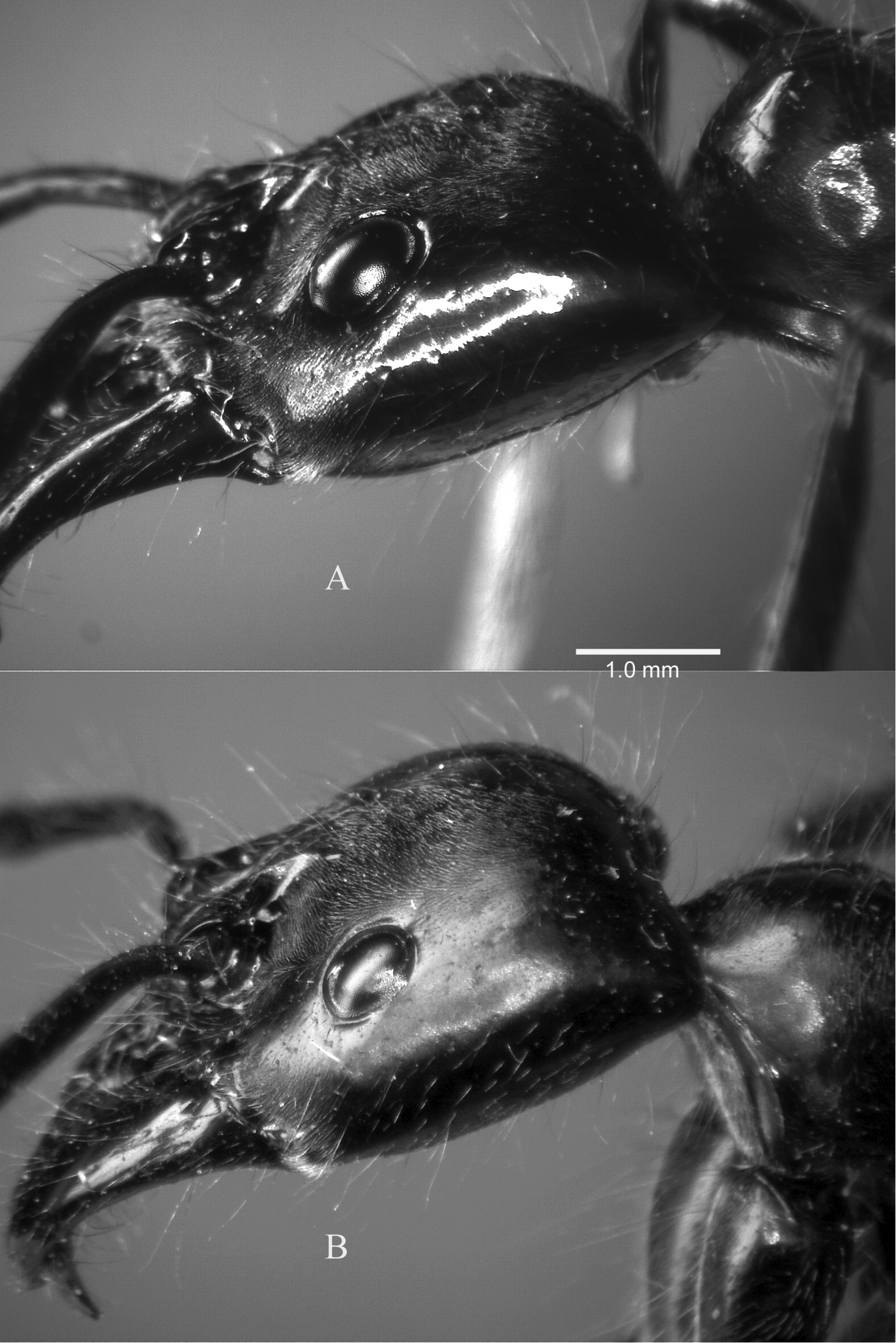 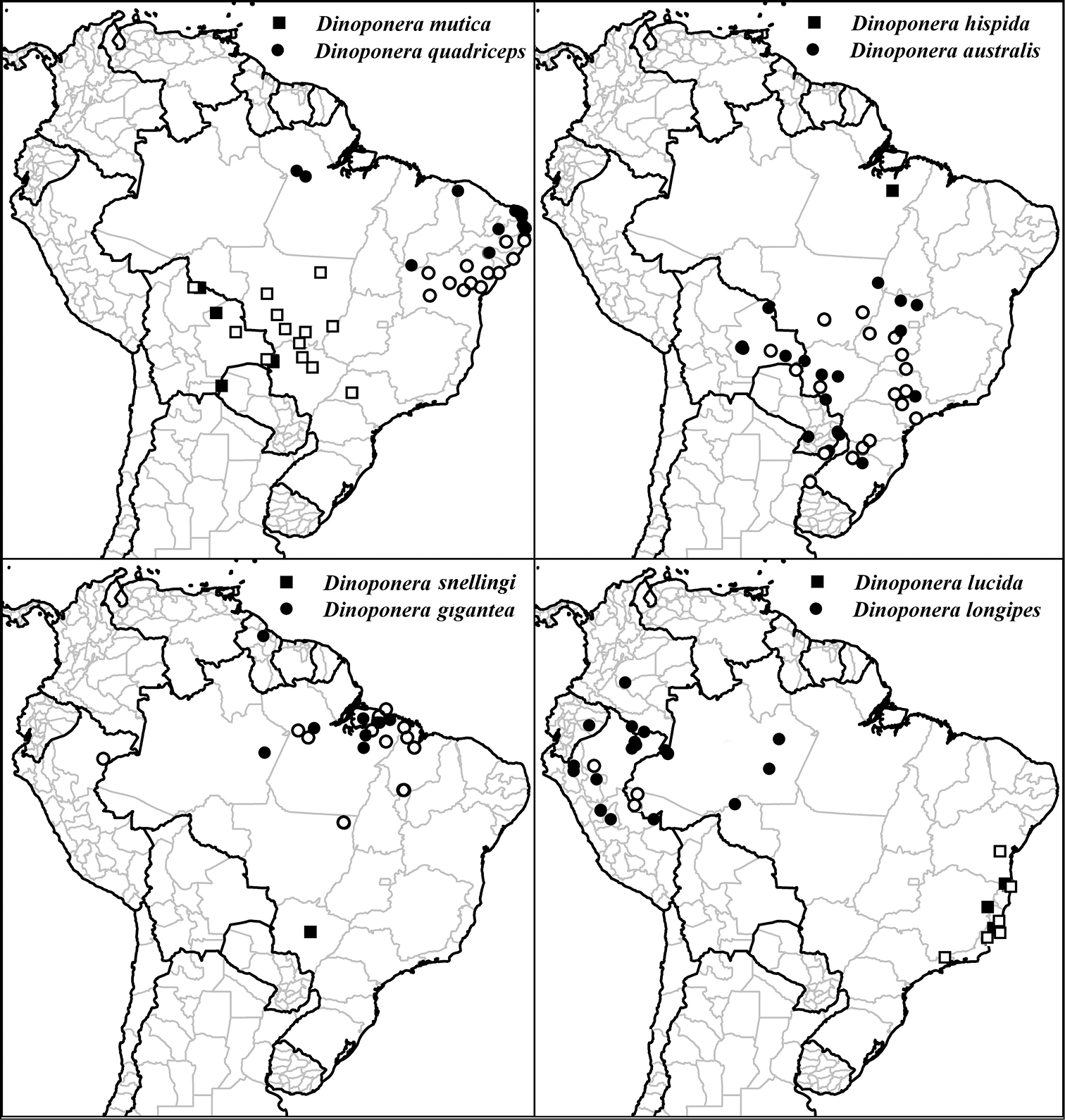