Remarks. Nielsen (1984) included in his distributional map two species of Pseudorhombus  occurring in the Red Sea, P. arsius  and P. elevatus Ogilby, 1912  , without confirmation by voucher specimens. The former species was included by Dor (1970) in his report on Red Sea fishes, but the single specimen ( HUJF 4906) on which the record was based is now lost (D. Golani, pers. comm.). Later, Golani & Bogorodsky (2010) listed only one species P. el e va t us and excluded P. arsius  . The trawled specimens of the area off Jizan were identified as Pseudorhombus arsius  on the basis of a combination of following characters: dorsal-fin rays 76 or 77, presence of small canine teeth at front of upper jaw, and small canines at front and anterior half on each side of lower jaw (those on ocular side a little larger than on blind side). Additional morphometric and meristic characters: anal-fin rays 59–61; pectoral-fin rays 12; gill rakers 3 or 4 + 10 or 11; body depth 2.0– 2.1 in SL; head length 3.3–3.5 in SL; snout length 4.5–4.7 in head length; upper-jaw length 2.3–2.4 in head length; orbit diameter of upper eye 3.8 –4.0 in head length; pectoral-fin length 1.6–1.7 in head length.

Color (when fresh): ocular side yellowish brown, mottled and blotched with darker brown, with a large blackish blotch at junction of curved and straight part of lateral line, blackish blotch in middle of straight part on posterior half of body, and several indistinct dark blotches above and below lateral line; all blotches contain small, scattered, bright orange-yellow spots; fins paler than ocular side of body. The record of P. elevatus  from the Red Sea still is doubtful; it differs from P. ar s i u s by lacking enlarged teeth anteriorly in the jaws, and by having 67–74 dorsal rays and dark rings on body (Amaoka & Hensley 2001). 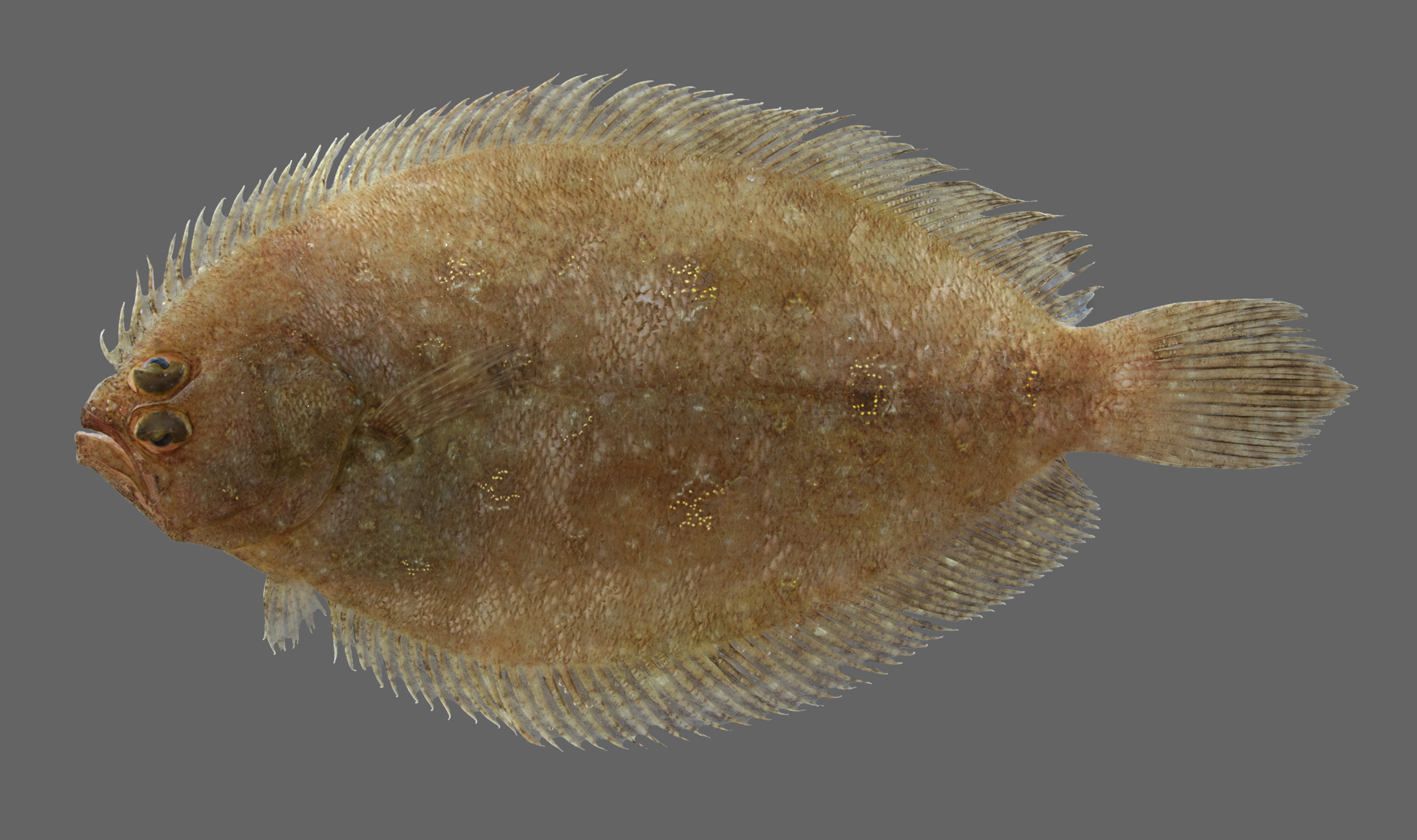