Similar to Cortaderia pungens  by the small compact habit and pungent leaves, but differing by the shattering leaves and the longer spikelets.

echinus (Latin) = hedge-hog or sea-urchin. The plant is spiny like a hedgehog.

Known only from the type collection.

The small compact hedgehog form with pungent leaves is similar to Cortaderia pungens  , from which it differs by the shattering leaves and the longer spikelets (glumes 15-25 mm long). The shattering leaf-sheaths link the species to Cortaderia boliviensis  , but it differs by the very different growth form. The compact inflorescences are reminiscent of Cortaderia egmontiana  , but the pungent leaves provide a simple diagnostic difference.

The leaf anatomy is reminiscent of that of Cortaderia bifida  , but the outer bundle sheath is not lignified, and form an extension adaxially on the vascular bundles, connecting them to the lignified anchor-shaped girders. 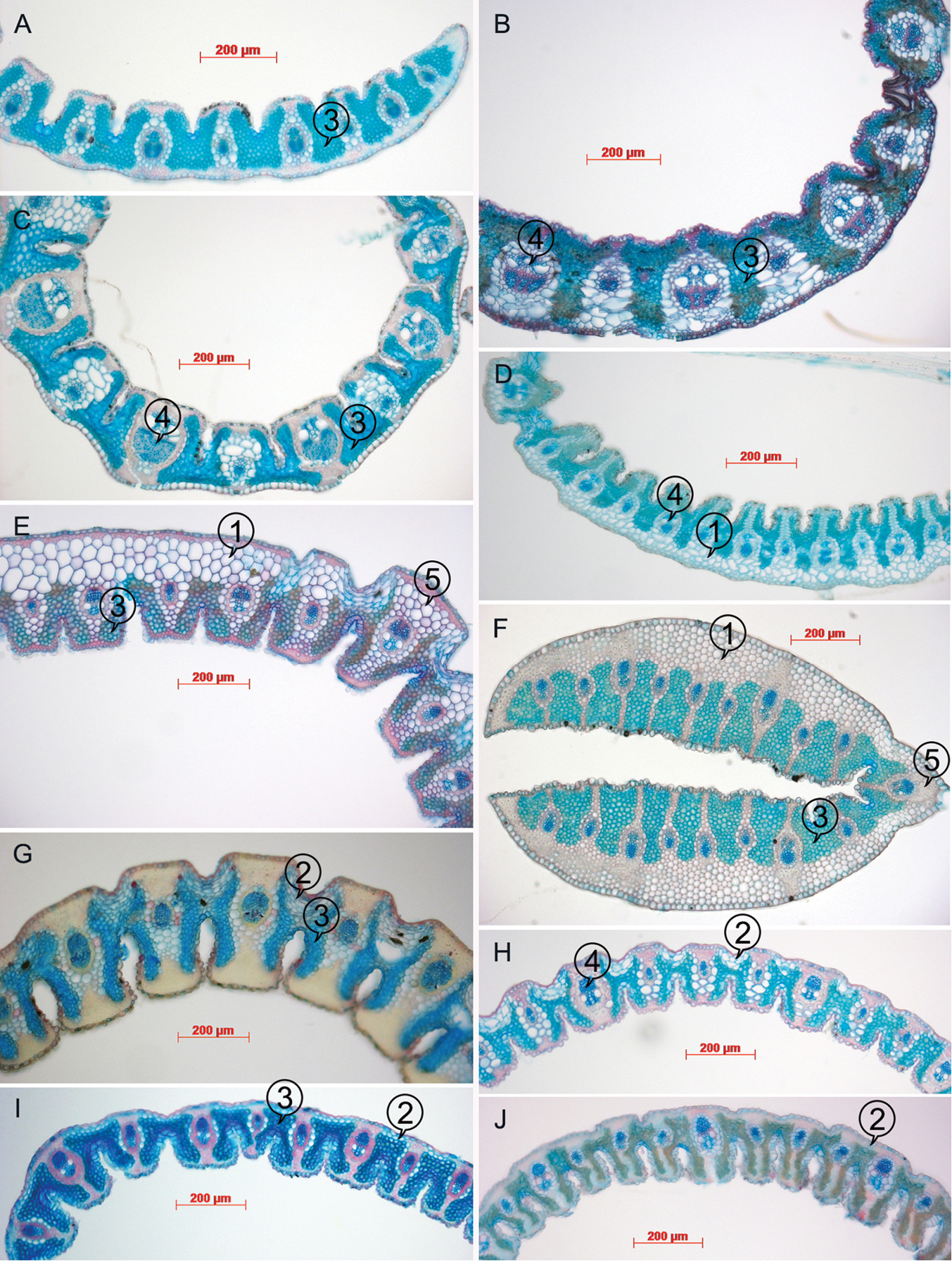 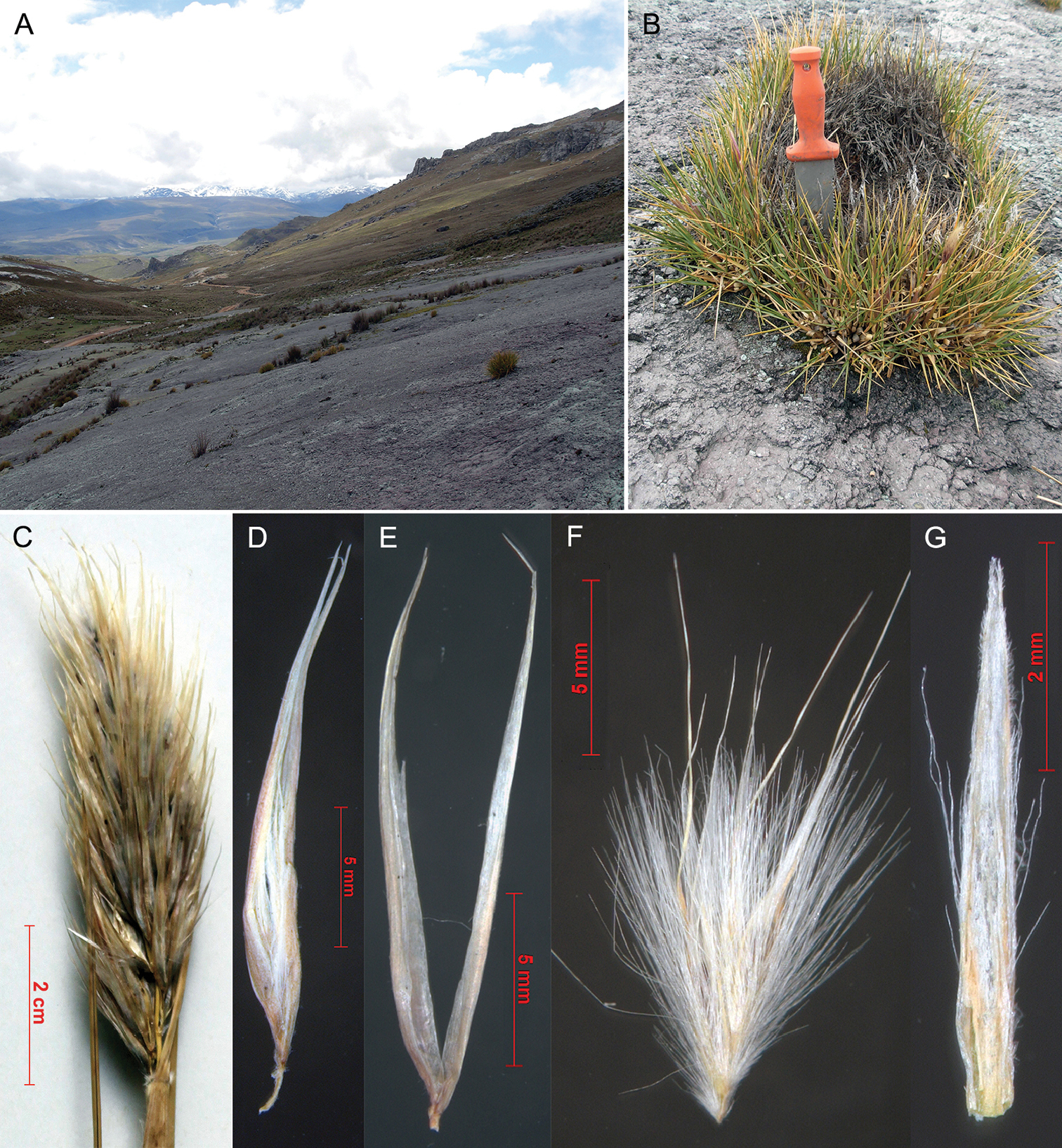 Figure 4. Cortaderia echinata (all from Peterson 21587). A habitat on bare rock slabs B habit, forming a vegetable hedgehog C inflorescence D spikelet, somewhat squashed (all very compact in the inflorescence) E glumes F floret package, with three florets, note long lemma indumentum G palea with sparse indumentum on the lateral palea flaps. A and B were photographed by Paul Peterson and Robert Soreng.