Male structural characters. Habitus ( Fig. 1 View FIGURES 1 – 2 ). Antenna with up to 42 flagellomeres, with distinct whorls of microtriches from f 2 presumably to tip (but slide-mounted specimens with antennae missing beyond f 17); with a subapical whorl of long setae, some as long as their segment, on each flagellomere. Lacinial tip ( Fig. 17 View FIGURES 15 – 25 ): lateral tine with double outer denticle, one part shorter than the other, inner denticle short and blunt; median tine simple. Fore wing venation not visible. Hind coxal rasp as in female ( Fig. 18 View FIGURES 15 – 25 ). Sub-basal and sub-distal hind tibial trichobothrium-like setae present (as in Fig. 30 View FIGURES 26 – 35 ). Spurs of hind tibia striated. Ctenidia absent on hind t 1. Two abdominal tergites before clunium sclerotized and pigmented (as in Fig. 3 View FIGURES 3 – 14 ). Hypandrium with straight posterior margin, rounded sides, bearing scattered setae on outer surface. Phallosome ( Figs 19, 20 View FIGURES 15 – 25 ): basal struts straight, about 2 ⅓X length of external parameres, each bending slightly inward distally to join base of external paramere; internal parameres not visible as distinct regions, probably fused to externals, the region of probable fusion (no. 1 + 2 on Fig. 20 View FIGURES 15 – 25 ) bearing pores medio-distally; external endophallic rami (no. 3 on Fig. 20 View FIGURES 15 – 25 ) (nomenclature of Mockford (2005 )) broadened near their bases, terminating anteriorly and posteriorly in a slender filament; internal endophallic rami (no. 4 on Fig. 20 View FIGURES 15 – 25 ) each forming a well-sclerotized curved surface along inner margin of base of external ramus and terminating apically in a slender filament; membrane between internal rami bearing two longitudinal sets of spinules. Telson lobes as described for the genus.

Etymology. The species is named for Lázaro Pakarati, a spiritual leader and principal cave explorer in Rapa Nui.

Note (distribution and conservation). Cyptophania pakaratii   n. sp. represents the second new species described from caves of the Roiho Lava Flow. The first, Coecobrya kennethi Jordana & Baquero (2008)   , was a new species of Collembola   . Both are currently known only from these caves. A surface pitfall trapping effort in 2009 (by JJW) (two sampling grids of 20 pitfall traps deployed on either side of the Roiho Flow) did not detect C. pakaratii   (J.J. Wynne, unpublished data). Additionally, this animal was not detected during any previous entomological investigations on Rapa Nui, nor did Mockford (1972) find this psocid in materials he identified from the island. Currently, C. pakaratii’s distribution appears to be limited to the fern-moss gardens within the cave entrances. In two regions of western United States, moss gardens within cave entrances have been identified as relict habitats of the last glacial maximum ( LGM) and support species now restricted to these habitats (see Benedict (1979), Northup & Welbourn (1997), Wynne (2013 )). On Rapa Nui, we suggest that this habitat and some of the species supported within it may represent relicts of a pre-disturbance ecosystem that existed prior to the arrival of the Polynesians. To best protect this animal and the fern-moss garden habitat, we recommend roping off these areas to restrict tourist access (see Northup & Welbourn (1997) for details). Also, we recommend conducting additional surveys in other caves on the island to gain further understanding of the distribution of this animal on the island. 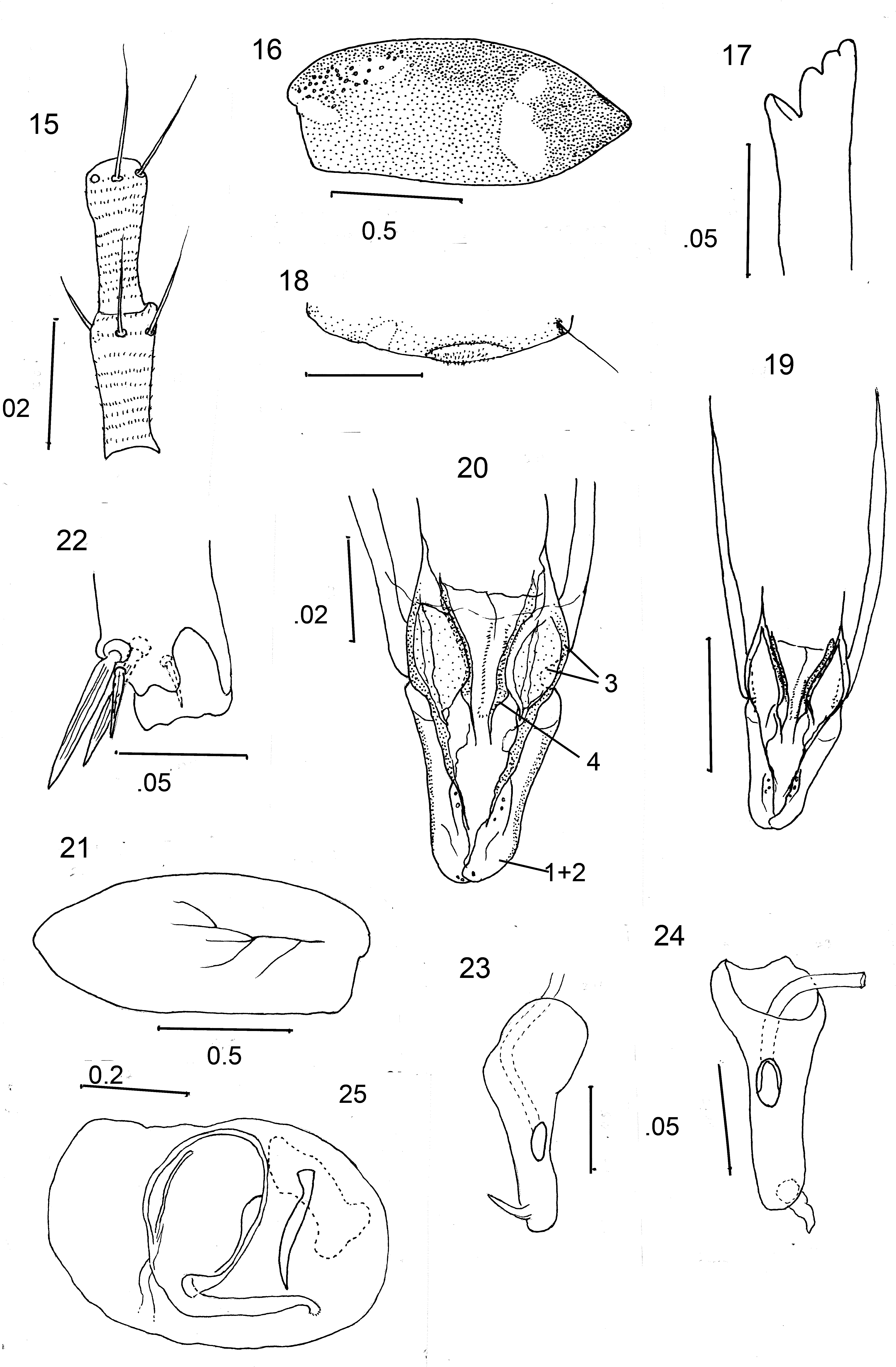 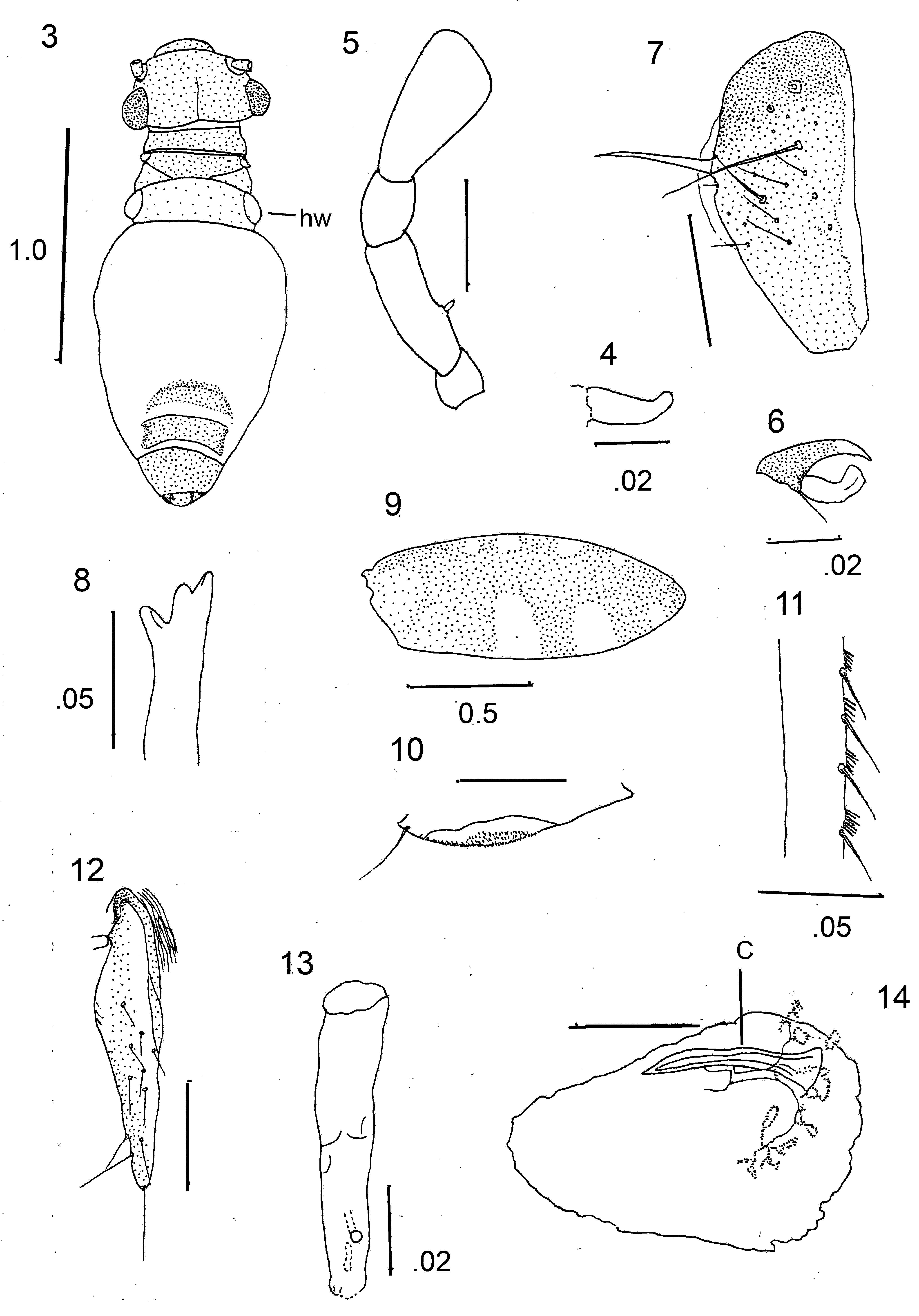 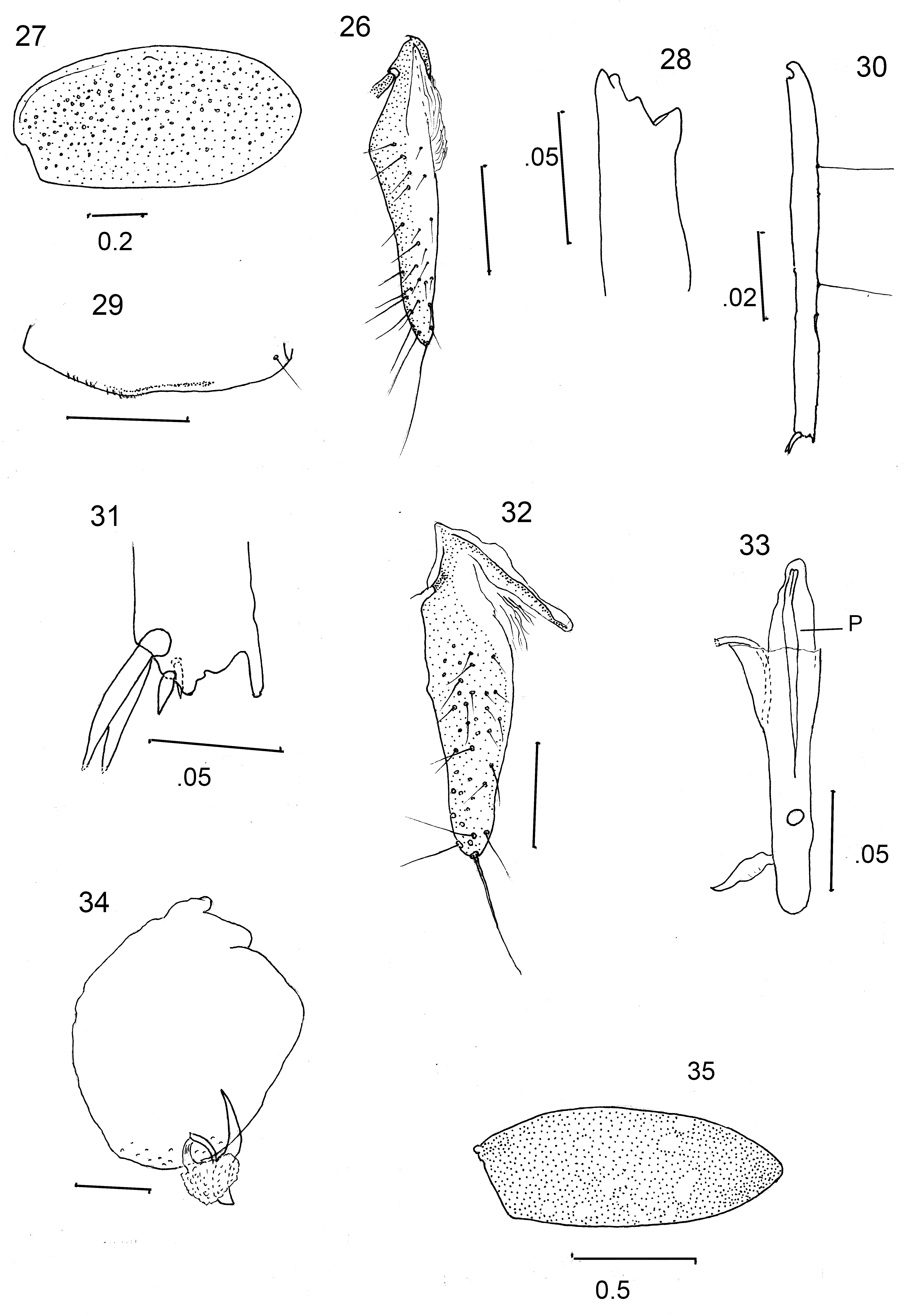