In addition, the male genitalia of Epsteinius   ( Figs 13, 14 View FIGURES 13–16 ) differs from that of Microleon   ( Figs 15, 16 View FIGURES 13–16 ) in many characters, including the form of the gnathos which has a sharply down curved tip, the valva which has two long processes along the dorsal margin, and the phallus which is shorter and basally enlarged and rounded with two conspicuous cornuti. In contrast, the genitalia of Microleon   has the gnathos with a T-shaped end, no process along the dorsal margin of the valva, and a relatively straight phallus without cornuti. The female genitalia of Epsteinius   ( Fig. 17 View FIGURES 17–18 ) differs from Microleon   ( Fig. 18 View FIGURES 17–18 ) in having a short and wide ductus bursae, and an ovate corpus bursae containing two signa each with a row of flat complex teeth. In Microleon   , the ductus bursae is long and coiled, and the corpus bursae is ovate, containing only one signum with a set of sharp complex processes over its surface.

Etymology. The generic name is named in honor of Marc E. Epstein for his enormous and longstanding contribution to the study of limacodid moths. 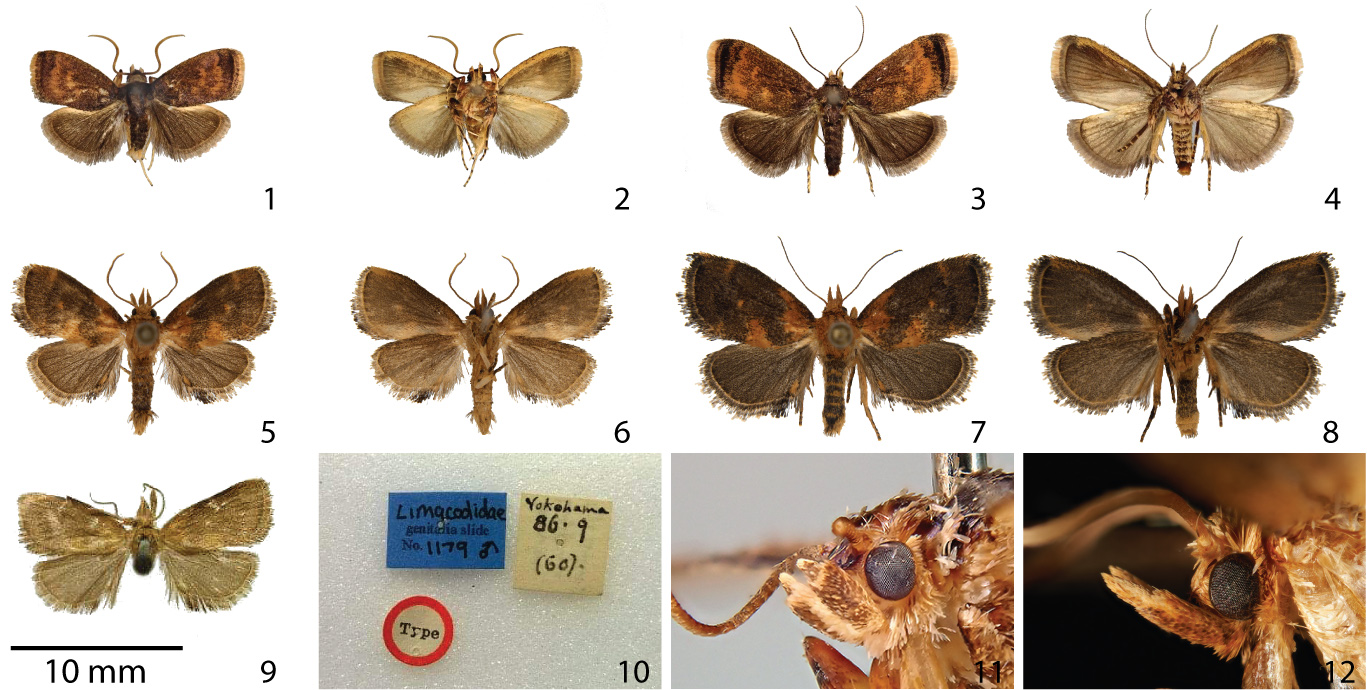 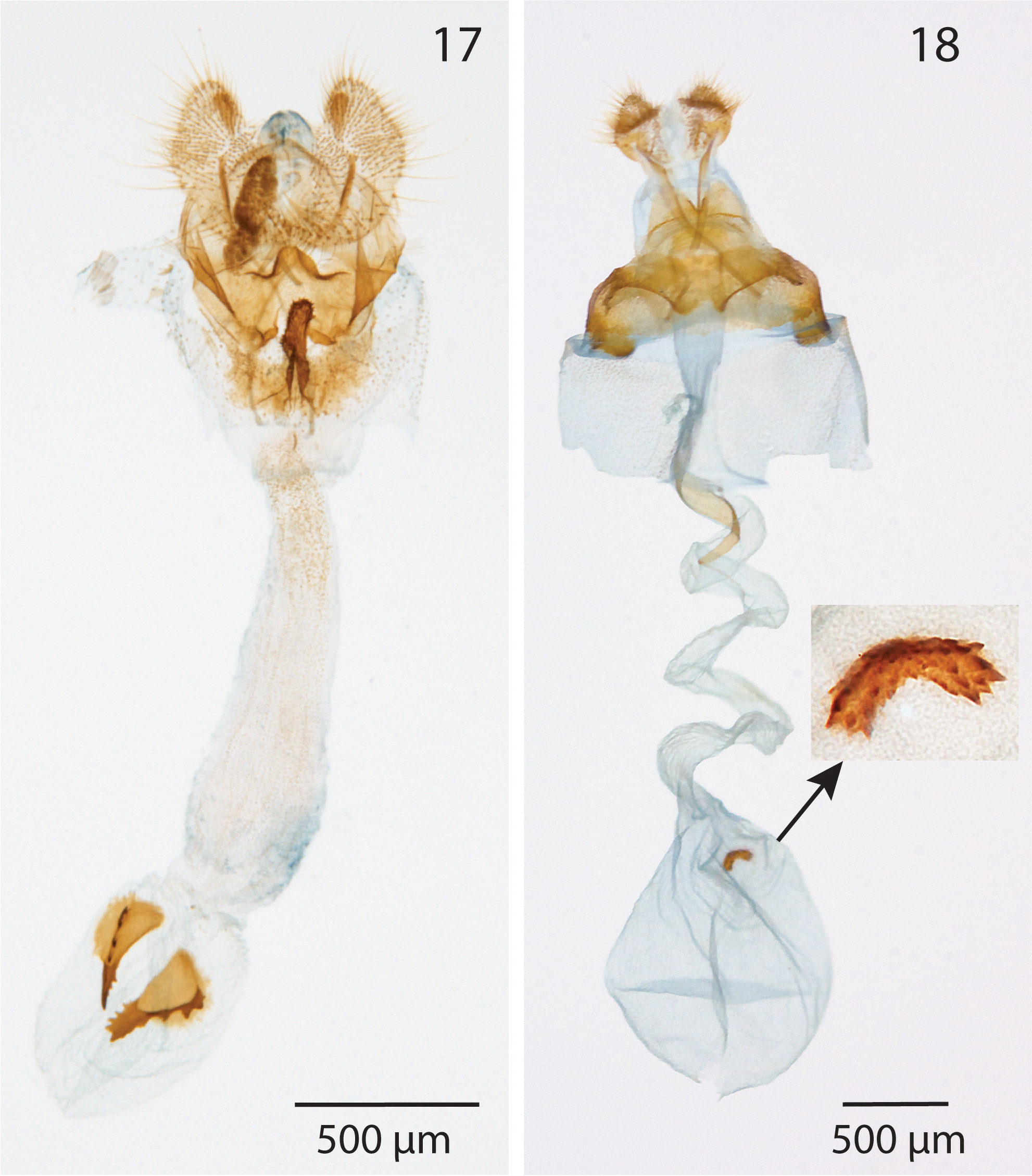 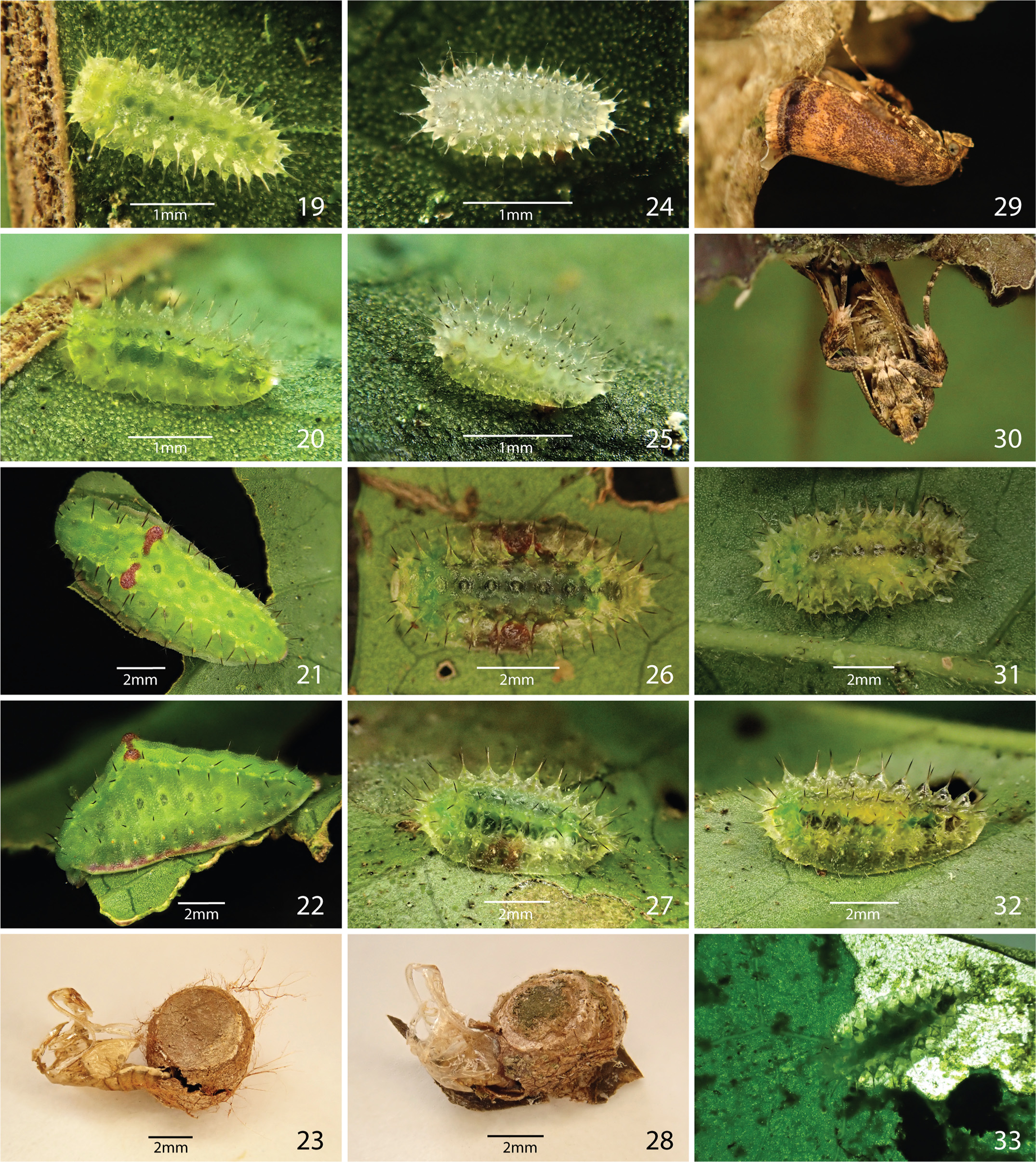 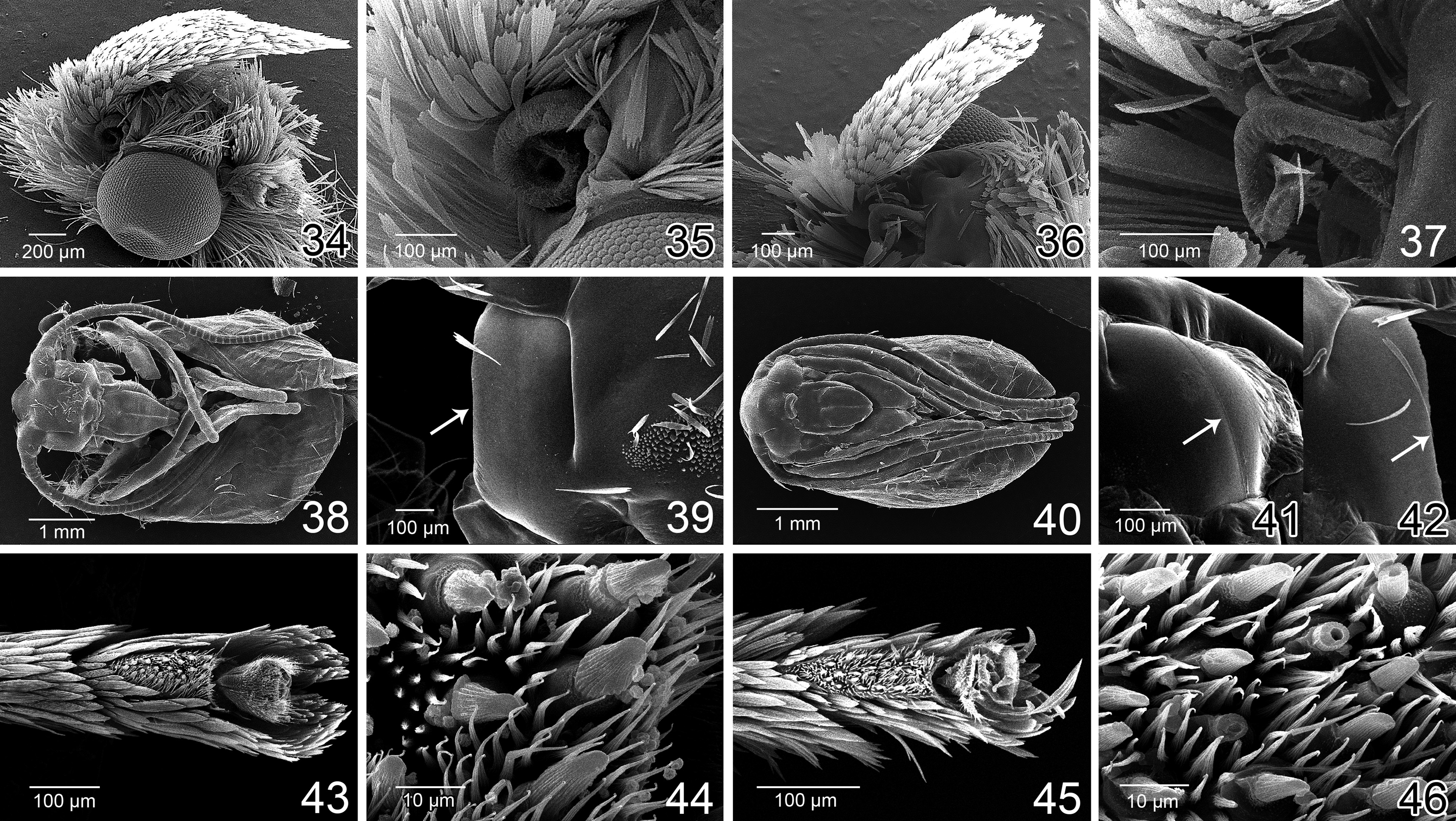