Based mainly on holotype, in reasonable condition although greasy (therefore masking pruinescence), with notes on the somewhat teneral female paratype, with paler coloration and slightly buckled wings.

Abdomen: Dark red-brown to black, white setose except for terminalia which are mostly black setose.

Note: The holotype specimen was previously assigned to A. strachani (see Londt 1982), but on closer inspection has rather different genitalia and is now considered dispecific. 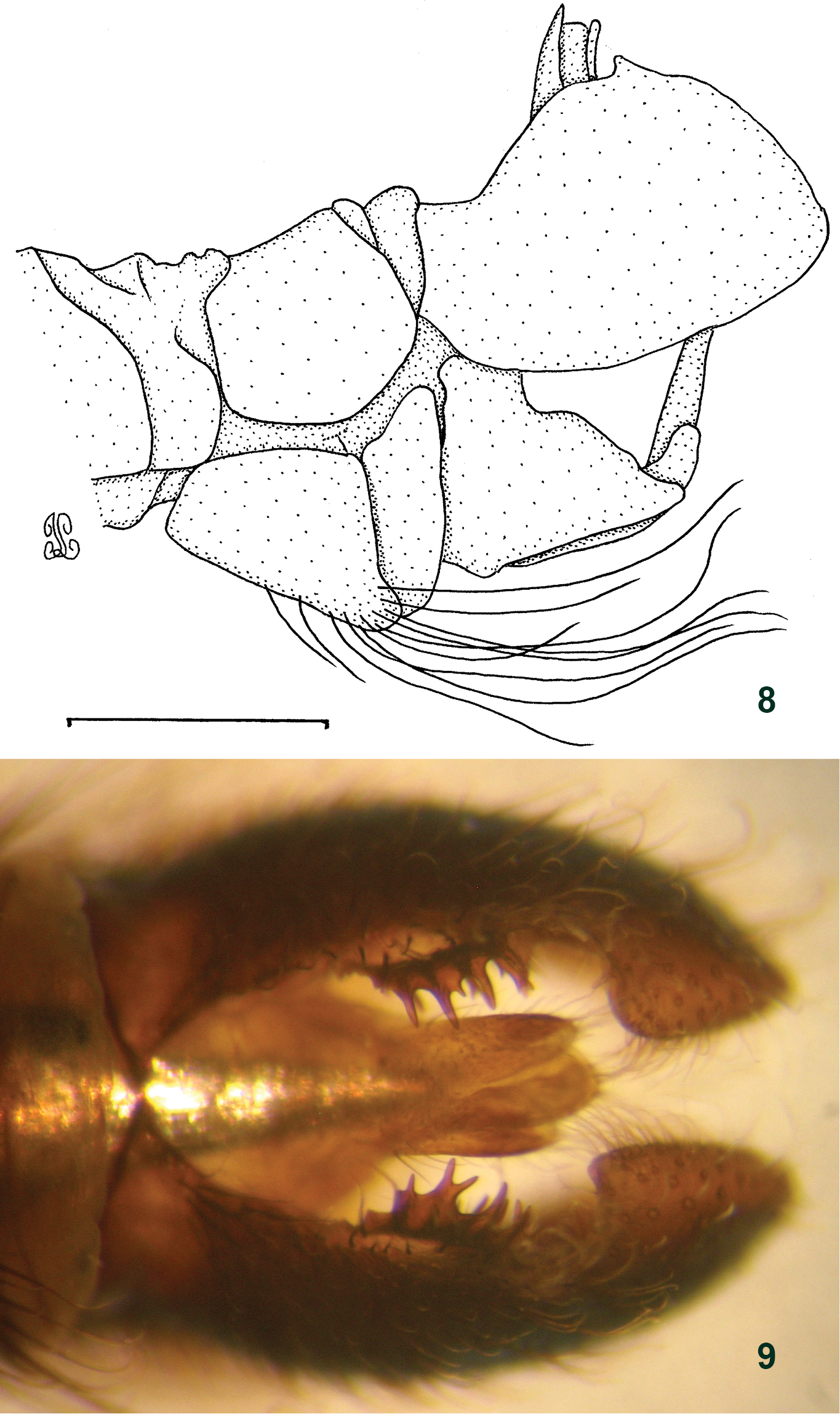