Remarks: As noted by Vanhöffen (1910), there is no doubt that his material from St. Paul belongs to the present species. Indeed, both the measurements of the hydrothecae and the illustration provided by him are in agreement with the original account on this species. However, his specimens from Kerguelen, also assigned to it, were reexamined and proved to belong to both S. contorta Kirchenpauer, 1884  and S. gaudichaudi ( Lamouroux, 1824)  (see under these species).

As underlined by him, the present species is a true Sertularella  , in possessing 4 hydrothecal cusps, not 3, as erroneously stated by Marktanner-Turneretscher (1890). A typical colony of this species is accurately illustrated by Vanhöffen (1910, p. 325, fig. 39). 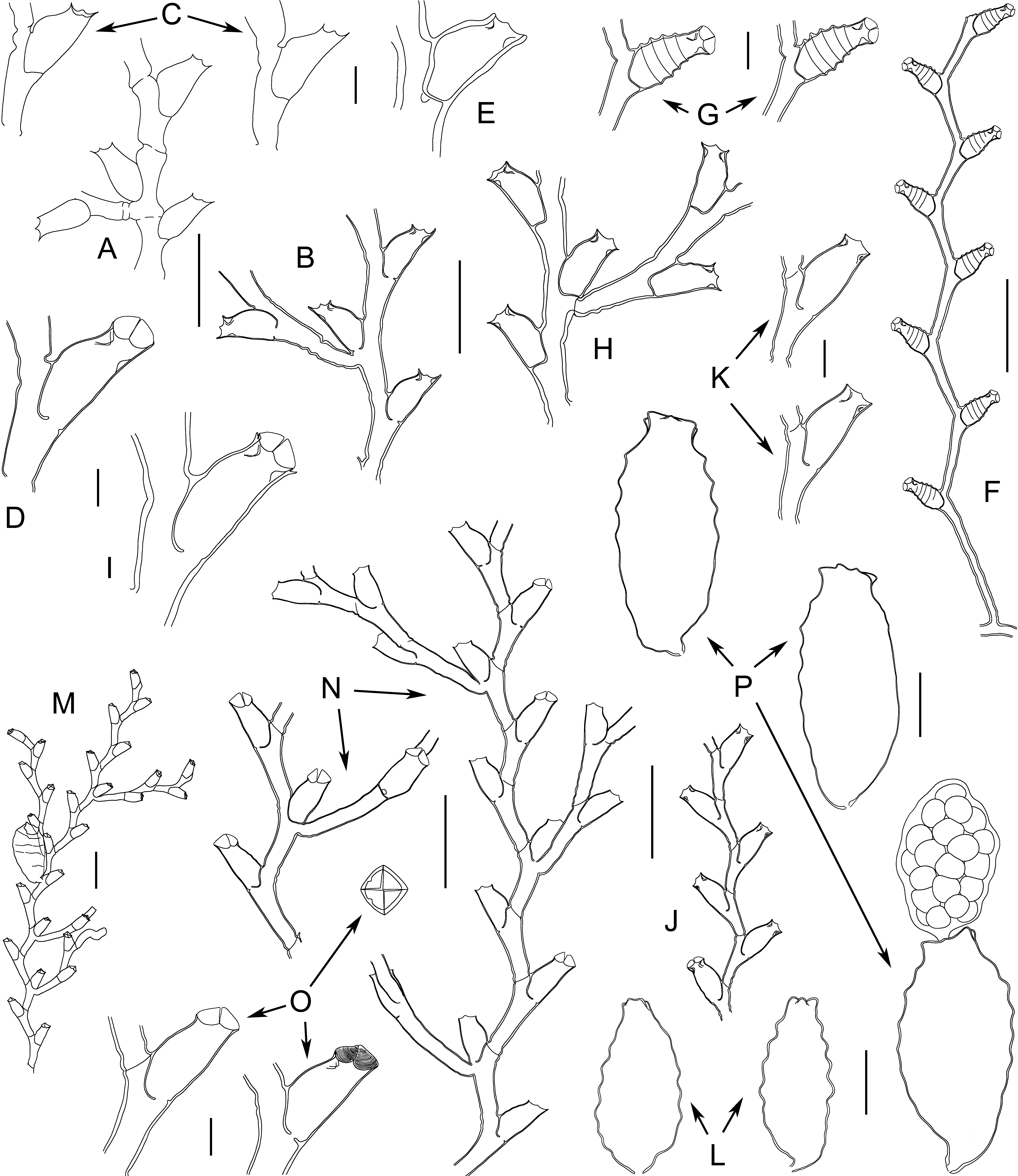