Description: Male: Forewing length: 29.0–37.0 mm (mean = 33.8 ± 1.5 mm, n = 81). Forewing triangulate, apex blunt and not produced, termen straight or slightly concave in the middle. Forewing upperside: whitish, the upper and outer 1/3 (mostly the discocellular, the subterminal, and the terminal areas) hyaline and glossy; 10 black bands between the base and the termen, of which the 1st to the 6th almost run parallel; the 1 st and   the 2nd bands reach the tornal margin; the 3rd band does not cross the cell vein and the 4th band crosses just beyond the discal cell but usually does not extend along vein CuA1; the 5th band reaches the margin of the discal cell and usually extends along vein M3; the 6th band at the end of cell is often connected with the 5th band by a transverse black fine line; the 7th band joins the 8th band just at vein M2, extends to the tornus and joins the 9th band at vein Cu2 or just below it in space cu2; the 9th band curved inward in space r4; the 10th band independent, extending along the margin from the apex to space cu2; the area between the 8th and 9th bands without black scales; veins R4+5 to Cu1 are black after meeting the 6th and 7th bands and then divide the whitish-hyaline areas between the 6th to 10th bands into spots. Forewing underside: colour and markings as upperside, but the hyaline areas are glossier. Hindwing triangulate in general, vein M3 extends into a thin sword-like tail, termen slightly indented at the end of veins, the ends of spaces m1 to cu1 expand into lobes. Hindwing upperside: whitish with long white hair covering the inner 1/3; tornal margin blackish, with a small brown androconial patch near the base, a thick black band extends from the costa towards the tornus and joins the tornal blackish area just above two obliquely neighbouring yellow spots; the discal bands absent or indicated by a faint black streak near the cell; the submarginal black band coupled, reaching space rs or m1; the terminal band single, reaching space sc+r1; despite being interrupted by veins, the ends of each short band in each space touch or directly connect each other; all black bands mentioned above join in the black area at the end of spaces m2 to cu1, with a greyish-blue lunule in each space; tail black with white tip. Hindwing underside: colour and markings similar to upperside but with a creamy yellow hue, all black bands and markings well defined, especially the discal band, two black lines twist into an almost “8”-shaped pattern, with a short connection between the rings, the outer half of the upper ring of the “8” pale yellow and the inner half white, the edge of the lower ring extends along veins M1 to Cu1; a square creamy white spot above each greyish-blue lunule in the tornal area, the yellow spots at the tornus somewhat reduced and crowned by fine white lines.

Differential Diagnosis: Intermediate between the nominotypical subspecies, ssp. kimurai   and ssp. fangana   , from which it can be distinguished by the following characters: 1) forewing apex blunt, not produced, termen straight or slightly concave in the middle; 2) the postdiscal area of forewing very clear, mostly with only a trace of black scales near the base of vein M3, although occasionally well marked; 3) the black discal band on the upperside of hindwing absent or indicated before the end of the cell; 4) hindwing submarginal black lines reaching spaces m1 or sc+r1.

While molecular analysis does not definitively separate this taxon from the nominate subspecies it is morphologically distinct and thus worthy of subspecific status.

The holotype and a paratype were deposited in Kunming Institute of Zoology ( KIZ), Chinese Academy of Sciences ( Li et al. 2015).

Phenology: It appears to be bivoltine based on the collecting data of specimens examined, the first generation from April to June, and the second from July to August. More surveys are required to confirm the phenology.

Derivatio Nominis: The subspecific name of this new taxon is dedicated to General Joseph W. Stilwell (1883– 1946) of the U.S. Army, who served in the China Burma India (CBI) Theatre and was instrumental in the liberation of W. Yunnan and Myanmar during World War II. The name is to be treated as a noun in apposition. 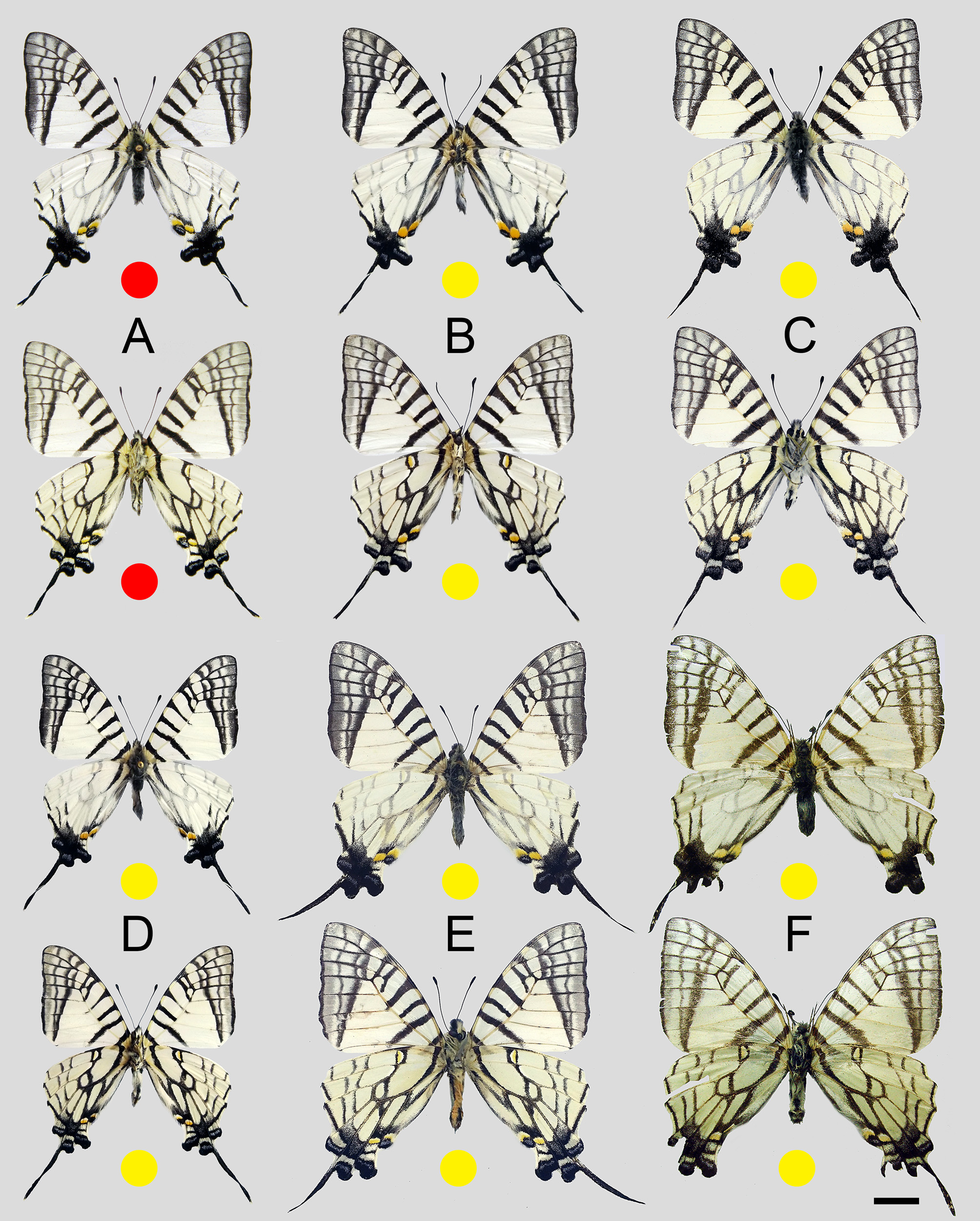 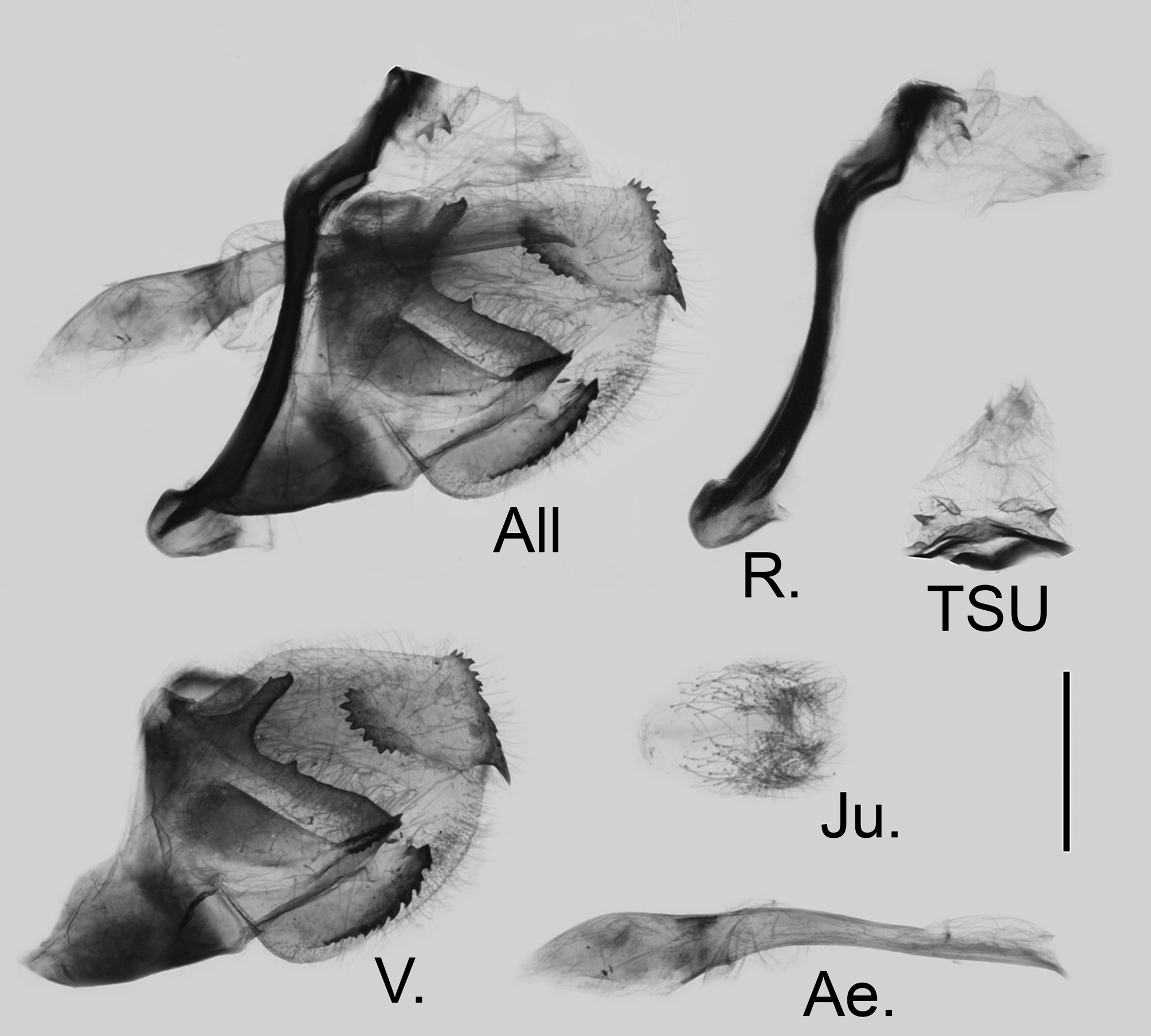