Recognition. This species is most easily recognized by its laterally flattened forefemur and foretibia, anterior orange ring on basal two-thirds of forefemur, and distinctive setation of foretibia. C. browni is also distinguished by its minimal patterning of the wing, restricted to darkening of the membrane along M 1 and M 2, and sometimes along CuA 1.

This species keys to couplet 5 in the 2000 key to patterned-wing Coniceromyia males ( Kung & Brown 2000 a). Forelegs of C. browni are mostly dark brown, whereas forelegs of C. aurantia Kung & Brown are yellow. In addition, the basal orange macula on the anterior face of forefemur of the two species differ, with that of C. browni appearing as an orange ring encircling a dark central area, and the macula of C. aurantia lacking a darkened center, instead being solid orange. A small apical seta is present, as well as a complete posteroventral row of setae on foretibia of C. browni , whereas the posteroventral row of setae on foretibia of C. aurantia is present only in the apical half.

Derivation of species name. This species is named for my mentor and friend, Brian V. Brown. 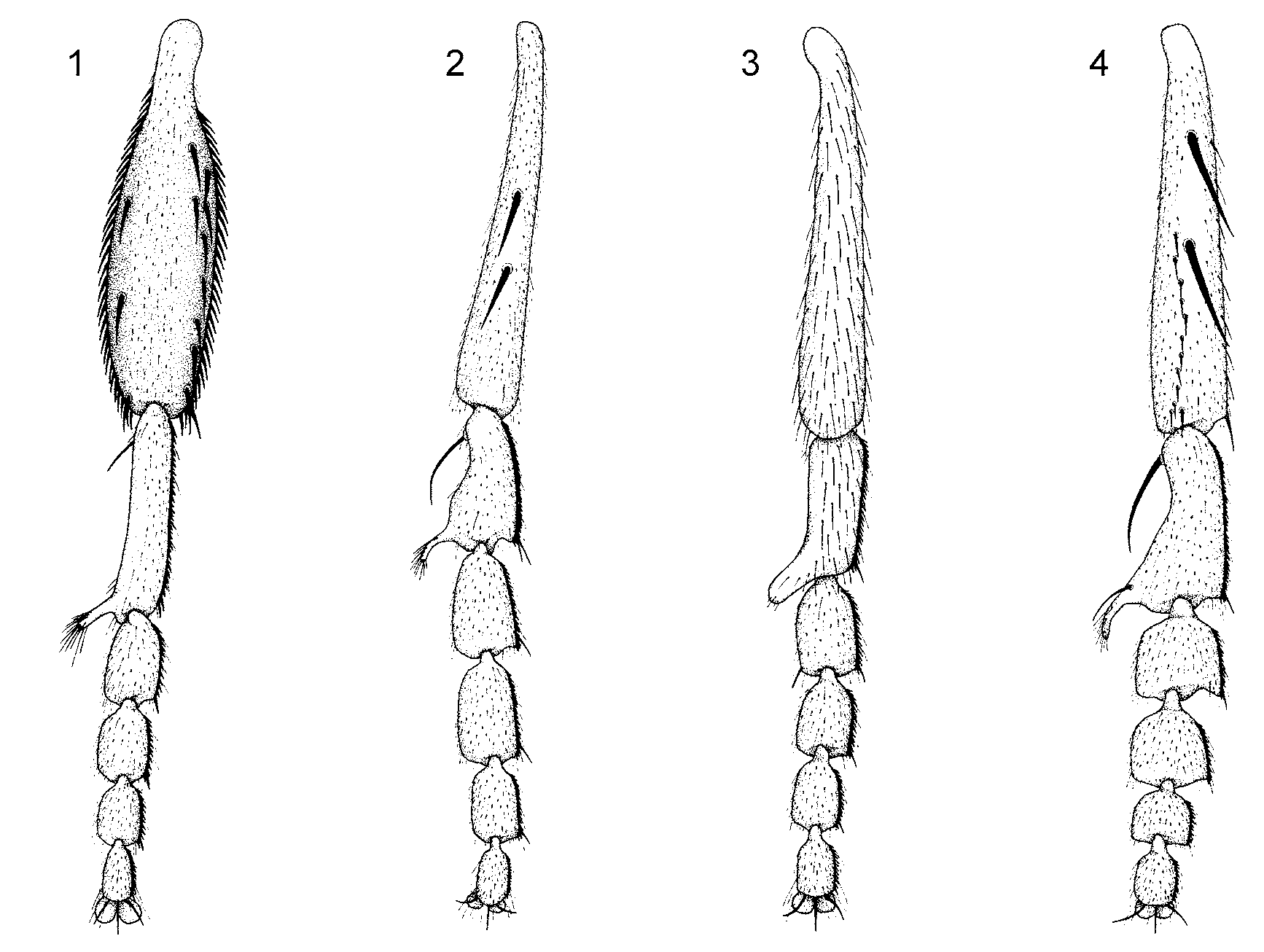 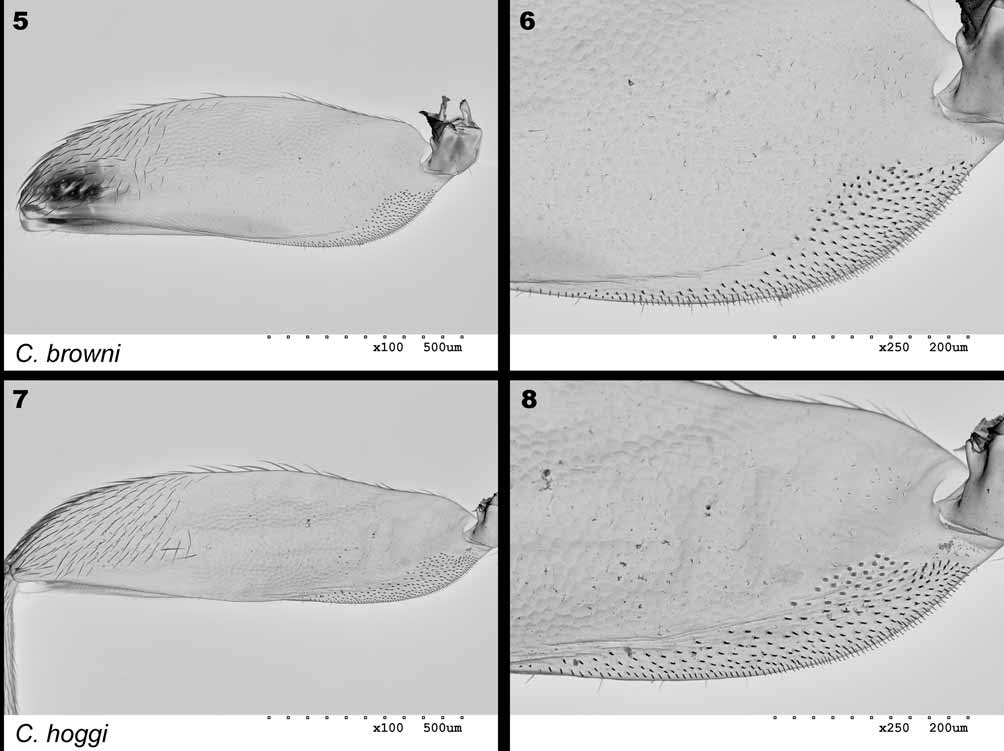