Ünal, Mustafa, 2011, Taxonomic review of the subfamily Bradyporinae (Orthoptera: Tettigoniidae; Bradyporini; Ephippigerini) of Turkey, with description of new species and the relationship of the taxa, Zootaxa 2899, pp. 1-42: 28-30

Remarks. The coloration of this species is quite stable and unique in the both localities. I have seen a photograph of one more specimen of this new species in internet taken by Daniel Prunier from Antalya: Alanya, Konaklı, Güzelbaġ in June 2009. Its coloration is agree with the studied specimens here.

Etymology. The species name, “ Toros   ”, is Turkish spelling of the Taurus Mountains of where the western part covers the distributional area of this new species. Many endemic species are found along the Toros   Mountains, S. Turkey. 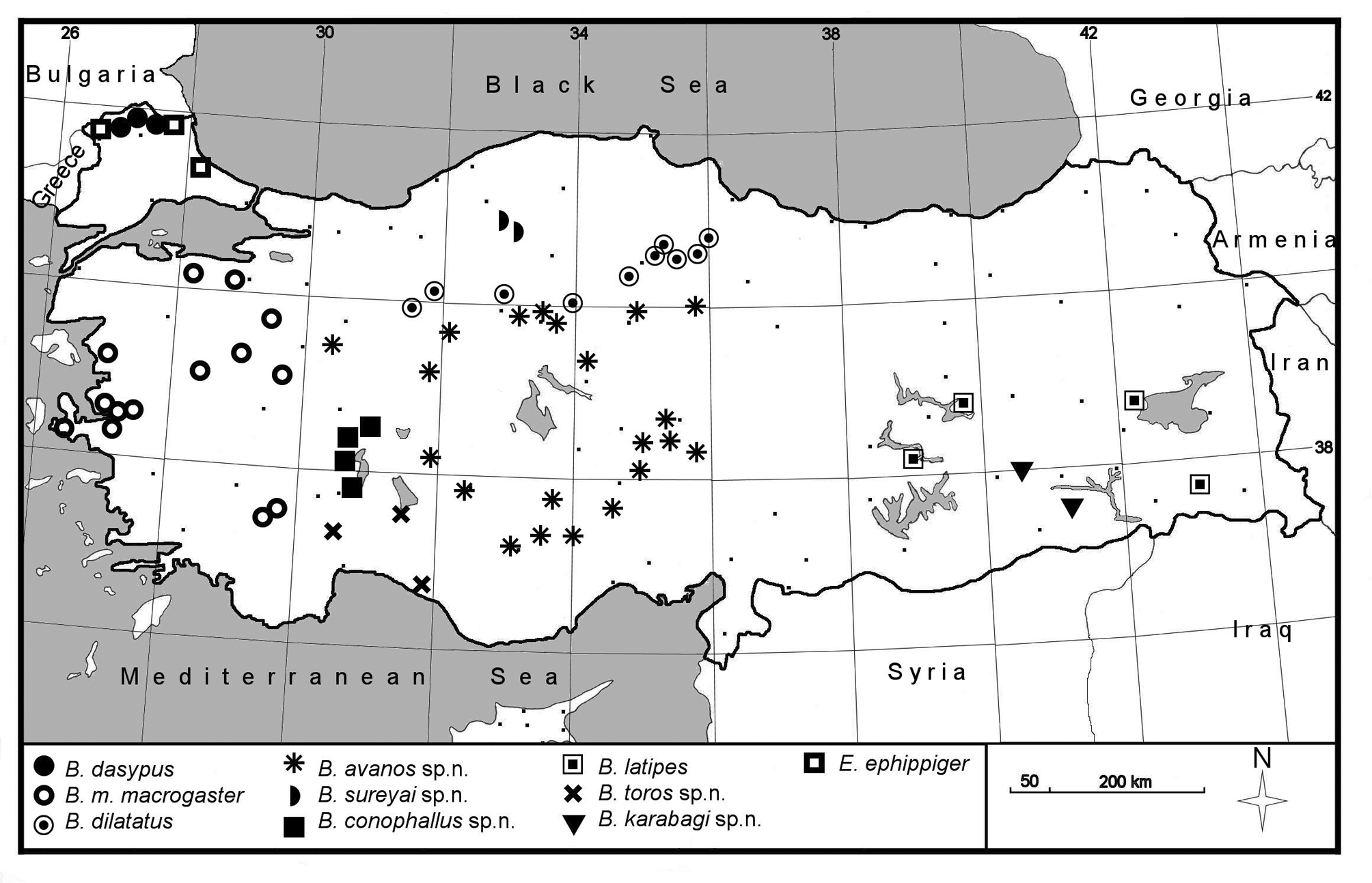